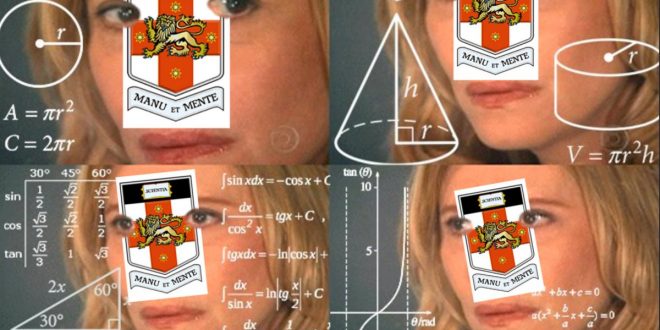 One hour into the exam, the website that hosts two of UNSW’s biggest finals crashed. Chaos ensued.

Editor’s note: the article has been updated to include comment from the School of Mathematics and Statistics.

This morning, thousands of students taking Mathematics 1A (MATH1131) and Higher Mathematics 1A (MATH1141) logged into MapleTA expecting to take their first final of the term one exam block. While many certainly left the experience feeling anxious, panicked, and frustrated, it wasn’t because they failed the exam, rather, the exam’s systems failed them.

Many first-year maths courses hold their exams using a site called MapleTA, and this morning, it crashed, preventing hundreds of students from even attempting the final.

While the course convenors tried to prevent this by setting staggered start times for the test, with more than 2,000 students enrolled in both maths courses, it wasn’t enough to prevent server overload.

Students immediately took to the Moodle in search of answers, filling the forums with hundreds of replies.

“exam crash what do I do”

Initially, Professor Jonathan Kress, course convenor of MATH1131 and 1141, told students to “wait for a few minutes and try again”, but this did not fix the problem as the overloaded servers were now forced to bear the brunt of hundreds of desperate students constantly refreshing the site.

“30 million clicks wasted on the lifespan of my F5 key”

“This is why people get depression…”

And soon others started voicing their irritation on the forums.

“I have been sitting here trying to reconnect for almost an hour now… This is a joke.”

“The server has been down for me for 25 minutes now which is way more than just the ‘few minutes’ recommended by this post to get MapleTA up and working again.”

“it was my 18th birthday last night and I couldn’t even go out cuz I had to be sober for the exam!!!! I could be balls deep into my bender rn ffs [sic]”

At noon, Professor Kress announced that the exams would be postponed, opening the floodgates to another wave of anger.

“This is almost ridiculous. I have other exams to prepare for and having to retake this exam after spending multiple hours waiting is a joke.”

“postponed wt?? Dude I was like halfway through and u r telling me to do the whole thing all over again? U on crack or some shit?”

“Seriously dissatisfied considering the best-case scenario is having to re-sit the exam at a later date which will interfere with other exams.”

This continued until the servers came back online at about 1pm.

While those assigned to later timeslots were able to complete their exam, students assigned to the 11am timeslot faced a more uncertain outcome. Many had worked through a significant portion of the exam, waiting several minutes for a single question to load before the website completely crashed and lost their answers.

More than three hours after the first exam slot, Professor Kress released a statement apologising for the inconvenience and distress, and clarifying exam conditions. Those who wish to re-take the exam can do so over the weekend and at various other times throughout the exam period. Additionally, any anyone with a mark of 40/50 on pre-exam work, such as quizzes and labs, would be guaranteed a pass, though taking the exam could considerably improve their final mark.

But students continued to criticise the School of Mathematics because, to many, the MapleTA crash seemed inevitable. Throughout the term, the website crashed during lab tests and weekly exercises – and this was with a much smaller userbase. With over 2,000 students trying to access MapleTA at the same time, a server overload seemed unavoidable.

“Which genius at the maths department thought this woudl [sic] actually work >:??? [sic]”

“There have been numerous examples of server crashes… establishing a pattern which should have been taken into account. The onus is on the IT team and faculty to have prepared contingencies for the likelihood of this occurring – it is not the responsibility of students to face the consequences of a lack of planning by the faculty.”

It seems unlikely that the Maths faculty will make any more changes to the exams given that similar situations have allegedly occurred in past years.

But with the final for Mathematics 1B occurring soon, and more maths exams scheduled for next week, students are worried that this could happen again.

The School of Mathematics and Statistics has provided the following comment:

“Students affected by the system interruption to their MATH1131 and MATH1141 exams have been contacted and more information is available to them on Moodle.”

“We thank the students for their patience while we arrange details of the postponed exam that the system problems have necessitated. We have read their many posts in the forum and emails and have carefully considered lots of possible options in order to balance student welfare, educational outcomes and academic integrity.”