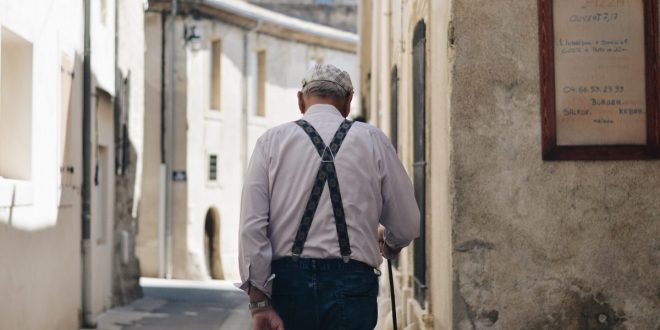 Making Superannuation Work for the Living

If you haven’t changed any of the default options of your superannuation, you could be hurting your retirement by hundreds of thousands of dollars. Even if you have very little in super currently, spending half an hour to understand your choices can bring great benefits over the length of your working life. While much of the public debate around super is spent on rules that are only relevant close to or after retirement, the system affects all Australians. Earlier this year the Government passed a much-needed piece of legislation helping young people in particular, including making insurance opt-in for those under 25, removing exit fees, and capping fees for accounts with a low balance. Nevertheless, there are still several areas in which super can be improved for workers with low balances or who are many years from retirement.

From the perspective of young workers, there are some quick and easy steps which bear repeating that everyone should take to secure their super:

One key issue that many people may give no thought to is the investment strategies that their contributions are placed in. When thinking about super, it’s important to remember that there is a relationship between risk and return – to gain higher returns on average, you need to be willing to face more risk. Nevertheless, over a long period of time, high risk investments are likely to outperform low risk investments. The result of this is that higher-risk investments can be beneficial earlier in life, while closer to retirement a more conservative strategy will avoid market fluctuations destroying your savings. Despite this, the vast majority of default super funds use a moderate-risk ‘balanced’ strategy for all members across a 40+ year age range. So while most superannuants are placed into this strategy, it is likely being invested to suit somebody ~10 years out from retirement, disproportionately disadvantaging people with longer horizons.

Super funds themselves could also be better in helping younger members. ‘Lifecycle’ funds, which automatically change the risk profile of your investments as you grow older, are surprisingly uncommon in Australia, despite qualifying to be a default strategy under the current regulations. Similarly, many funds fail to offer enough passively-invested, low-cost, or high-risk options despite countless equivalents being available outside the superannuation system. It is also a shame that there are essentially no leveraged options available in super funds regulated by the Australian Prudential Regulation Authority (APRA), as such options could significantly increase returns for superannuants with decades until retirement, who may be more willing to bear the higher risk.

The most important changes, however, need to be made by the government with amendments to legislation and APRA regulations. Firstly, there is further room for improvement in the allowable default arrangements for workers who make no decisions at all with respect to their super. The choice of default funds is a contentious issue with the Productivity Commission’s recent suggestion of a ‘Top 10’ system provoking much backlash. Regardless of the specifics of any system or whether such defaults should exist at all, there is no convincing justification for this choice to be held in the hands of employers, as it currently is. Neither is there any justification for workers being placed in multiple default funds over their life. Within each fund, the Government would not be amiss to further extend its earlier improvements to default rules by completely removing opt-out insurance, capping excessive fees, and mandating more appropriate investment strategies. Given a lack of financial literacy and the fact that few people make active choices about their super, competition clearly fails to keep these things in check.

Secondly, super funds need to be required to disclose more information about their investments. Even for people who have the time and knowledge, it is difficult to determine the most appropriate fund due to an extreme lack of transparency. Simply having the highest return, even over a long period, doesn’t necessarily say much – indeed if you were invested in a low-risk strategy, you should be worried to see high returns. Measuring performance depends on what return the fund is targeting and how much risk it’s exposed to. Most investment funds in the broader market will provide their investors with a raft of risk statistics, as well as information on strategy, holdings, and a relevant benchmark – super funds should be no different. This is not to say that carefully choosing a fund is a moot exercise – some fees are clearly too high and returns too low – but greater disclosure requirements would certainly help.

Thirdly, every single worker in Australia should have the option to choose their own super fund. It is simply absurd that some workers under certain enterprise agreements are still unable to do this. This not only forces workers into poorly performing funds, but also particularly hurts young people who, by working multiple jobs, are forced to have multiple super accounts; thus paying dramatically higher fees than they might need to. Imagine an employer telling new employees that they will only receive their salary if they create a new account at a specific bank – this is no different. As an example, UNSW forces its casual employees to use UniSuper as their fund. This arrangement is in place as a result of the UNSW Enterprise Agreement, which was negotiated by the National Tertiary Education Union. The NTEU holds a seat on the UniSuper board and receives direct payments from UniSuper in the form of director fees. UniSuper has historically performed relatively well, but this is no excuse for what is clearly bad policy driven by conflicted interests.

Finally, the governance requirements for super funds need to be overhauled. Almost every large listed company has a board with a majority of independent directors. These independent directors are people with no connection to the company whatsoever, and thus are better able to make decisions free from conflicts of interest and ensure that nothing is going awry. Independent boards have been standard in companies for decades now, largely in response to various corporate scandals, but many super funds are still holding out from what is widely considered to be best practice. Given the systematic importance of super funds to Australia as a whole, they should be held to at least the same standards in order to protect members’ interests. Some funds have cited their good performance as a reason why they don’t need to follow proper governance practices, but this is simply no excuse. Indeed, most of Australia’s banks had strong financial performance prior to the Banking Royal Commission finding any number of issues left ignored.

Young people are often apathetic about super, but even very small changes today can have a huge impact decades down the line. It is important to remember that compulsory super contributions are not some sort of bonus payment gifted by employers, but real dollars being deducted from your salary. Superannuation is by no means a broken system, but there are plenty of ways to improve outcomes in retirement without seizing further wages from Australian workers.

Stephen is a fourth year commerce honours student majoring in finance. He is particularly interested in public policy and its interaction with business and financial markets.

Share
Previous Movable Feast #2: Zora Neale Hurston
Next Exquisite Consequences #3: This Summer and All the Summers After