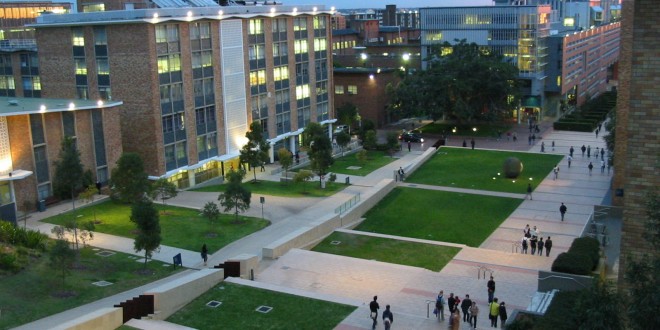 It’s not rocket science: students will go wherever they can to get the best value deal. And although it’s optimistic to want to support local business, especially those on the UNSW grounds, it’s not always financially viable. In reality, the larger chains and off-campus retailers succeed in taking the university foodie demographic away on the intricate variances in their menu, and more specifically, the price of such. For many a ravenous, bleary-eyed and cash-strapped youth of academia, the difference in a couple of dollars can mean the difference between money invested to the university and, to put it frankly, the money not.

Loocl, a free app that launched in Sydney’s eastern suburbs four months ago is trying to change this dynamic – and it’s working. The name of the app is a derivative of the phrase ‘look local’, and works by allowing local business owners to offer instant deals to people close by. This completely smartphone-based form of social commerce kicked off at UNSW a few weeks ago, boasting a heap of university sellers already on their bandwagon, and the results, as they say, are in. Students downloaded the app in droves and businesses’ suddenly found their cafes getting very busy.

Laz, the owner of Laz’s Poolside Café, a hearty “bit of everything” café on the lower end of campus has really struggled over the years with his image. “Perception has been hard for us,” he said. “Most people don’t see us as a café, because we’re right next to the pool. They see us as a tuck-shop. The app helped us change the perception of what we were.” According to Laz: “[It] brought in people who wouldn’t normally come all the way down to the pool. You know, there’s, what? 50,000, maybe more, students at this university and half of those are usually up at upper campus.

“We had a load of new faces come in for the deals and we now see them again and again.” Laz regularly puts out 50 percent off deals on items from his extensive menu and his café became so busy, so quickly, that it started to turn heads. Bec, the manager of the UNSW Fitness and Aquatic Centre right next door joined in on the app action after asking Laz why his café was suddenly so full of people. “She said she hadn’t seen it that busy in a long time!” he said. Shortly after, Bec was offering her own majorly discounted gym entry pass deal via Loocl, and is now starting to think of new things that she can offer the UNSW community, health and fitness wise.

It’s certainly not news that university sellers have had it tough over the years. Lease issues and more external competition have meant that UNSW businesses have, at times, struggled to differentiate themselves from these challenges to the great market of hungry students walking the university halls. An easy-to-use platform that allowed them to promote their great foodie fares to anyone within five kilometres merely looking at the app meant that the game was changed for them – and finally in their favour.

For manager Guy of Yummba, UNSW’s great Middle-Eastern eatery, Loocl works because it attracts people who had no idea that the place existed before; or simply just walked past. “Students who didn’t know the place before now come in, and Loocl’s got us a lot of new customers. The second thing that’s amazing was the returning customers – they come back and try new things, because we put up new deals every day. Loocl is a great idea, especially for the students.

“I hope they keep growing because we’ll grow with them.”

More recently, you might remember newbie Coco Cubano’s free coffee deal last week. For the family-owned franchise, the line out the door made up of entirely new faces was a welcome perk, and was indicative of how intent people were to join an app that had supporting local business at its core. An added bonus for the Cuban retailer? The extra business from outside of the university. All of the sellers agreed that there was a whole market that they wanted to increase access to, and vice versa. “It’s a big thing for us,” said Cubano manager, Mike. “We need the local market around the university as much as we need the students – especially when semester finishes.

“This is something new and fresh and we’ve already had a lot of success.”