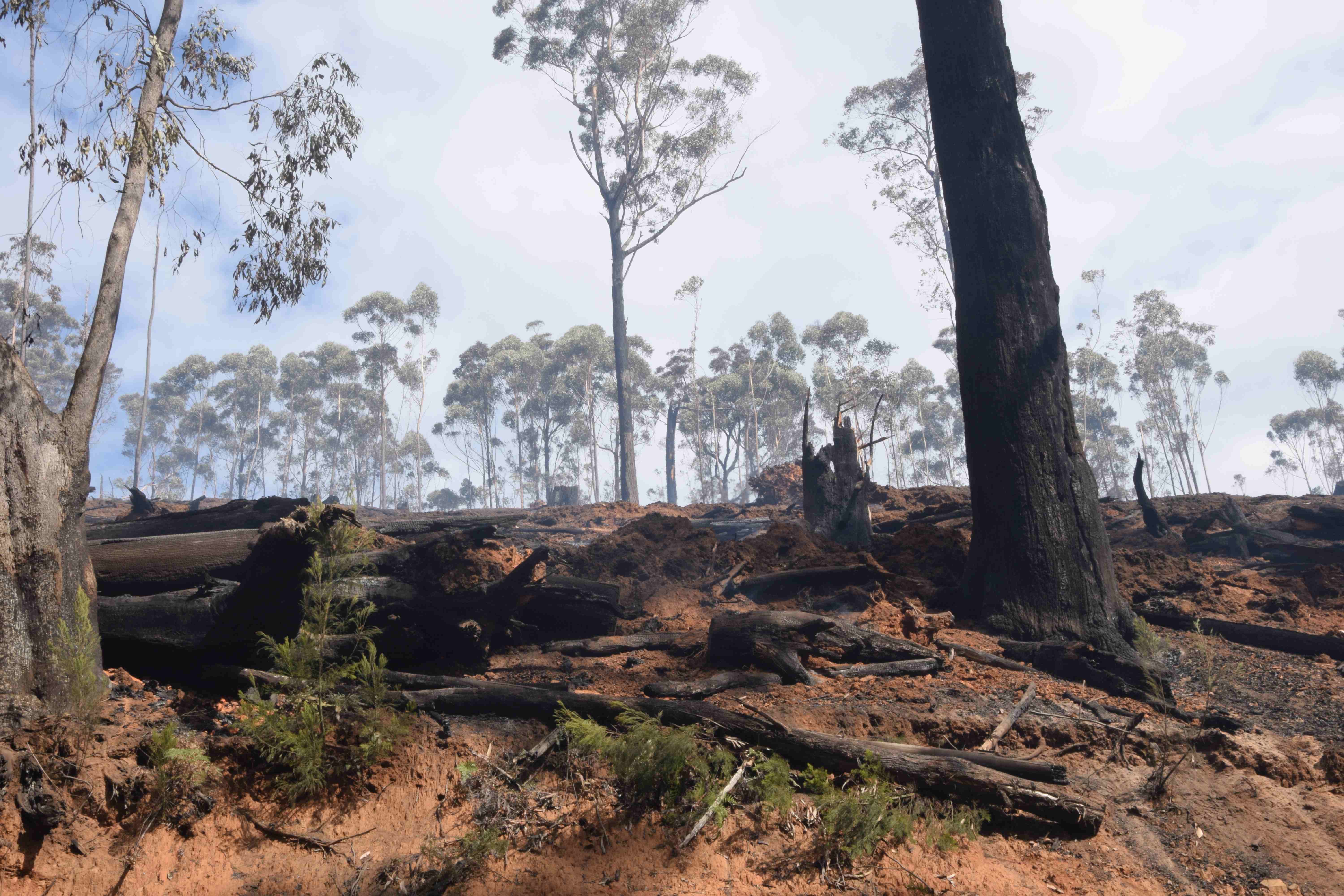 Logging: How a Trip to East Gippsland Made Me Give a Damn

Of course logging is bad, I thought with a mental shrug. Pretty much everyone agrees, right? But this is Australia, not some developing country whose natural resources are being taken advantage of by multinational corporations. When I decided to go on a citizen science camp in East Gippsland, Victoria, organised by the Australian Student Environment Network (ASEN) and run by the Goongerah Environment Centre Office (GECO), I was told our actions would have a practical effect on stopping logging in the area. In reality, I just thought I would see how the odd tree could be protected. I had no idea about the injustice of native forest logging in Australia.

Setting up camp, I was joined by students from universities across NSW and Victoria, as well as concerned citizens. Ed Hill, a member of GECO, took us on a bushwalk through the local forest. He was a wealth of knowledge, explaining how it takes at least 70 years before eucalyptus trees begin to rot on the inside and become “hollow-bearing” trees, used by possums, owls and gliders as habitats. The forests we visited weren’t homogenous landscapes; we passed trees that were hundreds of years old and had unique personalities, the landscape changing based on age, climate and location. The dry, bushy forest transformed, suddenly becoming wet rainforest. Walking across the clear demarcation, from forest to rainforest, was astounding.

These forests are complex living environments with significant biodiversity. But these forests are dying. They’re sectioned into “coupes” and logged by government-owned enterprise, Vicforest, for little profit. Often, Vicforest runs at a loss, propped up by monetary injections from the state.

The juxtaposition of the biodiverse forest with a logged coupe was a perfectly calculated punch to the stomach. After a coupe is logged, it’s burnt with a napalm-like substance to allow for reseeding, releasing stored carbon dioxide into the atmosphere. Seeing a barren landscape and piles of smouldering logs deemed “economically unviable” was obscene.

Among the debris stood a few lone eucalyptuses. Ed explained how, as per legislation, Vicforest was required to leave four “seed and habitat” trees standing per hectare of felled land. These trees were meant to be habitats for any animals lucky enough to survive the destruction of their homes, yet they were visibly dying, leaves yellowing as they faded from fire damage and wind exposure. The char marks reached nearly to the canopy of some trees. Animals that had tried to escape the loggers here had found no safety.

Once Vicforest logs an area, they reseed it with eucalyptus trees. The logic is that reseeded trees create a new natural habitat for native animals to offset the damage of logging. During the drive to the logged coupes, we passed some of these ‘regeneration zones’. Each tree was eerily identical: the same size, the same thickness, none of the startling diversity of the natural forests. No underbrush, no twisted trees older than white settlers, no hollow-bodied trunks for shelter. These new plantations have the ecological value of a cleared field to the forest’s endangered critters.

Of course, coupes are surveyed for protected fauna and flora before logging can take place. So Vicforest runs surveys, finds no plants or animals worth mentioning and pursues their logging: when the state government is directly profiting, they aren’t going to look hard for excuses to stop. It’s this clear conflict of interest that highlights how important GECO’s work is in protecting these areas. A supremely ironic example of Vicforest’s blind-eye occurred early last year, when, rather than identifying a rare and protected Blackfellow’s Hemp, they nailed their logging notice into its trunk.

Increasingly, I was realising that, although it was a government institution undertaking this logging, their actions were still incompetent, unethical and just plain wrong.

On the trip, we were tasked with helping GECO protect coupes by proving they were habitats for protected species like the greater glider, a small marsupial found only in the eucalyptus forests of Eastern Australia. The task seemed ridiculous and unrealistic; we were trying to identify an animal smaller than a cat, with fur evolved to camouflage in the dark, hidden over 50 metres above us in the canopy. Yet into the bush we went, with powerful spotlight torches, trying to locate the gliders by the light reflected from their eyes. This assumed they weren’t blocked by a branch or leaves, on the other side of the tree, or just facing away from us.

The fact that we spotted any greater gliders at all felt miraculous. After two or so hours, my team met up with another and we compared results. Between us, we had found 10 greater gliders within a one-kilometre area. Great, you might think. The endangered animals were saved and I could go home feeling I had done something material for the environment, right?

Victorian legislation mandates that 11 or more greater gliders have to be seen in an area before the state will consider protecting a coupe from logging. Finding 10 gliders meant we knew at least 10 members of a protected species would be killed during logging, merely because we lacked the numbers, luck and ability to identify just one more.

We stayed out looking for just one more glider until 2am that night. We were unsuccessful. I felt that I had personally failed, and I was shocked at the stoicism of the GECO members who fought coupe by coupe to protect these creatures. Ed explained how sometimes they would spotlight for greater gliders in a coupe undergoing logging, only to return the next night to find the home-trees of the gliders already destroyed. It’s a vicious cycle, a desperate attempt to satisfy the draconian Victorian legislation before a coupe and its inhabitants are permanently lost. The next day, I was glad to learn that another group had found 13 gliders while bush-bashing, helping assure the coupe they explored could never be logged.

At the beginning of the trip, I had an academic, impersonal interest in logging. But experiencing a fraction of the intense work GECO dedicates itself to gave me a desire to speak up. Australia already has ample pinewood plantations to meet our lumber needs and our remaining old growth forest should be preserved. Native forest logging in Australia isn’t solved; everyday, underhanded legislation allows protected animals and plants to be killed. Australia deserves better. As long as the government refuses to step up their game, organisations like GECO and its citizen science volunteers will continue the fight.

Meg Trewhella Snoop Dogg has a crib in The Sandbox; Paris Hilton has an island …