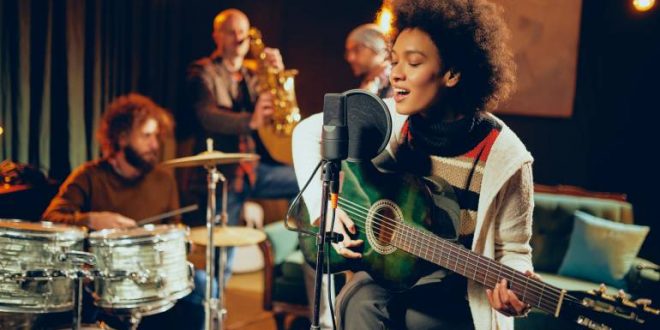 Locked Down, Locked Out, What Now?

An independent muso’s take on where Sydney’s music scene is heading after the pandemic.

When I tell people I’m a musician, the general response is laconic, sympathetic sarcasm; “You must have had a fun 2020.” According to data from the Australia Council for the Arts1 81% of arts workers are gig-based. By March 23rd last year, gigs were danger-zones and 50% of arts businesses had stopped trading entirely. In tandem with the federal government’s merger of the arts portfolio with transport (of all things), morale has, from my limited surveillance, been rather low across arts communities.

This comes for Sydney musicians after five years of lockout laws. Access Economics data2 reveals that within this period, more than 270 venues closed. Foot traffic decreased by 20-40% in the city, and a whopping 80% in the Cross. In a concurrent but purely anecdotal turn, a number of my Sydney musician friends moved to Melbourne because they simply could not make a living in this city.

A bit of doom and gloom, lighting a candle for all that was lost, even if it’s as frivolous as gigs in the midst of an extinction event, is warranted.

It’s also worth saying that the previous music landscape in Sydney was not at its most thriving nor inclusive peak. People were making cool stuff because diverse collections of people in concentrated space do that. But in the wake of the lock-outs and subsequent closures, it was hard to get in the cycle of getting booked, and the existing structural barriers for artists with disabilities, queer artists, artists who are BIPOC, and women, were amplified. It seemed like more people saw stadium shows than a band in their local bar.

Then corona happened. Continues to happen.

Well, in keeping with my family’s diagnosis that I have a severe case of optimism, I think there’s huge potential for something good. It has felt extra precious to be in the room with other people while art happens. It misses the point entirely to place a monetary value on being able to commune over what is true, painful, happy, loving or awful about the world and our lives in it.

This can look a bunch of ways; I loved seeing Taylor Swift with 15,000 other people because it’s exhilarating to dance and scream while fireworks go off. I love when my friend reads me her poetry from her phone. I love when a band I’ve never heard of shakes dust from the roof beams at the Vanguard, or when someone at a Sappho’s open mic night plays “Zombie” again.

Stadiums won’t return to full capacity for a long time, but small venues have been booking bands safely since last July. We can now have 50 people over to our houses. There has always been an abundance of gorgeous outdoor spaces and the presence of summer-adjacent weather that can stretch into May; the opportunity for a DIY revolution in Sydney is palpable. Investing in truth-telling in all its forms as we live through a globally traumatic event is arguably what will save us from being destroyed by it. The repression of pain, and falling back into systems that only invest time, energy and funds into that which gets labelled “economically reliable” is both dangerous and has been proven, especially in the past year, to be founded on a lie.

Something that recurred for me last year was a manifesto poster from the 1970’s (and I know how that sounds). It came from the Bread and Puppet Glover, a group of performers who put on shows and fed their audience in the 70’s, and still do today. Back then, they were responding to both the hardship caused by the stock market crash of that era, and to the commercialisation of art. The basic gist is summarised in two lines that I think about defensively every time someone recommends personal branding workshops: “Good art is cheap!” and “Art is the inside of the world!”. It then proclaims that art sings hallelujah, feeds the hungry even if it is not food, and comforts the downtrodden.

This may sound overly idealistic because art scenes are still made of people who bring all the selfishness and power that comes with their positions of privilege. You could dismiss all of this as philosophising from a person who read Patti Smith’s book “Just Kids” twice last year and is still lost in the image of her and Robert Mapplethorpe putting on art shows in hotel rooms and playing first gigs in church halls.

But doesn’t Sydney have its fair share of old church halls and poets finding their voices? Don’t we have people who want to explore love, sex and change in photography that might challenge us? Is it such an idealistic stretch of the imagination that one of the few cities in the world where it is (comparatively) safe for people to gather together might lean into the things that make being alive and together not only fathomable but maybe even fun?

There are many groups and organisations that seem poised and ready to invest in a new era for Sydney and its arts. I sincerely hope we’re ready too. If you haven’t, I really recommend just dipping your toe in; going to see something, or hosting music/theatre/art at your place or in your space. You might be bored, or unimpressed at some points. That’s to be expected. But you also might get to see Sydney become a city that truly breeds artists. You might get a glimpse of the inside of the world.

Share
Previous Stories of sexual assault and harassment at UNSW: in the victims’ own words
Next Body Horror