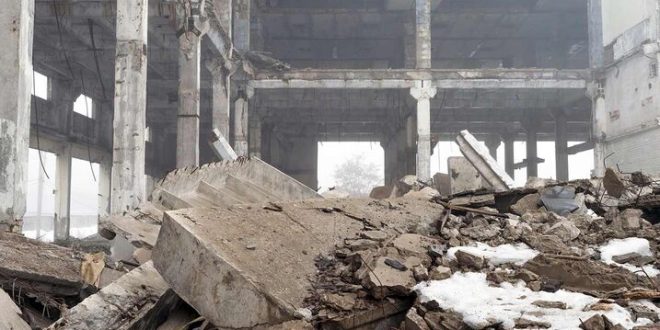 My neighbour’s house is on fire.

The heat radiates and the faint scent of charred human meat and bittersweet memories drifts across my ashy driveway. I remember, when I first moved into the neighbourhood, they brought me a meatloaf. It was a quiet celebration of my first step into adulthood, moving out alone with only a tiny plant for company; they helped me make that leap into the unknown. I remember its smoky taste, the slightly charred meat; Irene said that their oven seemed to heat up too quickly for her poor cooking skills to keep up with.

That wasn’t what lit up the small cottage next door. It came from the milky way of falling lights and termite-ridden planks that lay above, the rickety Sky Bridge that sleeps across our midnight sky and hovers over the town of Yesterday like our own personal storm cloud.

I found Irene’s ring in the rubble, tarnished and flaked. Helen never could’ve afforded a truly gold ring, she confided in me once. I planned to buy them a real ring. I had a separate savings account in preparation, as reparation for all the help they had given me. I forgot the crucial rule for those living in Yesterday.

Never make plans. There is no guarantee you can follow through.

A middle-aged man stands neutrally over the chaos, an officer on clean up duty, adorned with the familiar copper emblem of the Janitorial Corps. In his dulled cyan jumpsuit, placid stance, and cigarette stained teeth, he tiredly watches on as the flames melt through the once squeaky floorboards. Extinguishing the chaos is not a thought that would cross either of our minds. There is no grass in Yesterday for a reason. We live in a concrete jungle stained with burns from the inevitable crashes and debris falling from above.

Eventually the flames peter out, gasping for food as all of the housing planks are consumed. No amount of oxygen can save the fire as it drowns, leaving dark ash and a familiar stain on the concrete below. The faint crackling pops in my ears, alike to popcorn. I never liked popcorn.

“Good evening, Miss.” A tan hand waves across my vision, snapping me away from the wreckage. The Cleaning Officer is staring blankly at me, a notepad in hand and a raised eyebrow.

“Did you happen to see the crash? Can you confirm it was debris from the Sky Bridge?” His voice is husky and dull, the result of which I suspect to be a chronic smoking habit and dissociative state. Seems to come with the job, a self-destructive nonchalance.

My parents always recommended that I join the Janitorial Corps. I think they were worried I would try to leave; they wanted me to see the results firsthand. It wouldn’t have made a difference. I see the results every day… not many truly escape Yesterday when they try to drive across the Sky Bridge, unless you count death. Although people never really like to use as harsh a word – my childhood friends have simply ‘disappeared’, teachers have simply ‘retired.’

I see the results every day just by living here.

Groggily, I stumble into my office. My degree certificate is framed above the crème-coloured door, and a bulky desktop crushes my notes and pens, but no photo frames adorn my desk. Everything is easy to pack away in preparation for the inevitable; I wouldn’t want to overextend my stay here.

I left the lid off my red pen again, the ink drying up inside overnight until it was bloody. A tiny table is scrawled across a sticky note, calculating my savings and cross-referencing ring prices from all the jewellers in Yesterday in an earnest haste. The delivery was planned to arrive at their house in two weeks. I really did forget. Never make plans… I cancel my order before moving onto publishing the morning’s News.

After hours spent editing and re-editing their article, I post the morning newspaper, already awaiting the condemnation of the locals. Truly, working as an editor, I almost feel like the secret keeper to the thoughts of everyone in Yesterday.

If anyone deserved to get out of here it was Kuramoto! It’s sad about the Castillo’s but in the scheme of things… He could’ve made it out, he should’ve gotten out. He was just, unlucky, I guess.

May they rest in Tomorrow. It was unlucky and they will be dearly missed. Also, does anyone know who will now run the bakery? I can’t think of any better sweetbread than poor ole Helens.

I mean seriously!!! Who will be next? Join us at Yesterday Uni to protest #SkyFall! If no one leaves this can’t happen again! Build the blockade!

… Mr Yoshio. May his soul rest in Tomorrow. Along with Helen and Irene, I suppose. That is all we can do, dream, and wish of seeing Tomorrow; to escape this life of limbo. It’s what I’m supposed to say, it’s what we have all been saying since we could talk. Yet I can’t bring myself to think about it. To believe it. His soul is not resting in the city of Tomorrow; it is burnt to a crisp and etched into another luckless gravestone in the flowery Fields of Yesterday.

I wonder what he thought, in those final moments traversing the Sky Bridge, his car wheels screeching as he dodged the potholes littering the wooden road before he finally found his grave next door. Could he see the city of Tomorrow beyond?  Yoshio had always been a lucky man, winning the city raffles and doubling his own wealth. Most thought he cheated to win the jackpot that many times in a row. His luck must’ve run out.

May his soul rest in Tomorrow.

Share
Previous Gas in Australia’s Largest Inland Forest: On the Ground
Next Parasite