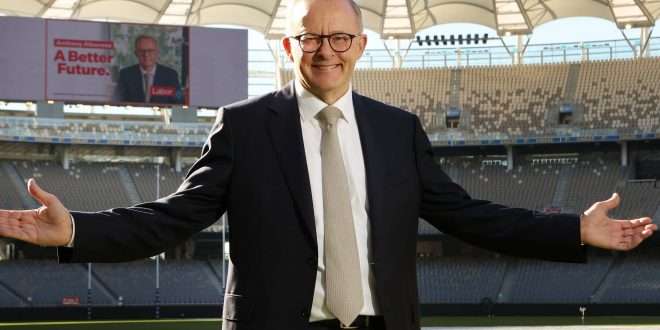 The media is still hitting his small target, and Labor’s concealment of its bold, authentic vision is turning away voters, particularly the youth. Will the real Anthony “Fighting Tories” Albanese please, finally, stand up?

Interior, day. Anthony Albanese, PM-in-waiting, meets with Labor strategists and communications personnel. The mood is clear: they’ve been getting their arses kicked in the first quarter of an election campaign they need to win. The post-2019 trauma weighs on every pair of shoulders in the room. It drives every decision. It punctuates every sentence. Finally, Albanese speaks. He’s bewildered that they seem to be grinding into a brick wall of biased media, stupid gaffes, and wedge issues despite being up against a dysfunctional carcass of a government. The whole team is stuck in neutral, but somehow they’re all convinced they can’t shift the gear stick up a single notch without scaring the electorate. They can’t run too fast or go too far or they’ll lose just like three years ago. But why, Albanese asks? Since when did we decide that progressivism had to be inoffensive, that you couldn’t get elected with bold vision? “Why can’t we do that?”, he asks the room. An MP chimes in, “we don’t want to get killed out there”. But no one’s buying it anymore, and these people who showed up to lead, to fight, to stand for something, are now putting together the beginnings of a strategy. A piece of paper slides across the desk to Albanese’s fingertips, “Let Albo be Albo” written on it.

This is obviously a fantasy. In fact, it’s lifted entirely from a scene from The West Wing with minor alterations. But the plain, cold reality? Albanese was crippled right out of the gate this election with a series of gaffes and some seriously bad press. Adopting a “small target strategy”, Albo believed that if he could go full tortoise and hide in his shell until just before the election, ScoMo (in this metaphor, a hare) would trip over of his own accord, leaving Albo to stick his head up and gingerly walk to the finish line.

Albo’s strategy to avoid scrutiny (in particular, Murdoch’s) was working just fine in 2021: Scott Morrison was reviled, and Labor’s “two jobs” messaging, of bungling the vaccine rollout and bungling quarantine, was working well. Lines like “smirk and mirrors” and “he doesn’t hold a hose, he doesn’t give a RATs” were tactically superb. But the success of the strategy seems to have sent the wrong message, and as the new year rang in with Scott Morrison well and truly on the brink of defeat, Albo didn’t leave the shell. Well, not all the way at least. The result has been that the Liberals have been able to ask uncomfortably effective questions, cutting at Albo like a butterfly knife, “What does Albo actually stand for? Does he have a plan? Who is he really?”

One can see the appeal of the small target. After all, Labor’s defeat in 2019 was such a shock that the party’s worst nightmare is a repeat this May. Anything even remotely associated with Bill Shorten’s campaign is treated the same way Scott Morrison treats bushfire smoke: upon a single whiff, pack your bags and take yourself to the April Sun in Cuba. But while Labor’s policy list was ludicrously long, and Bill Shorten wasn’t exactly shying away from media criticism, those aren’t the reasons he lost. Shorten lost because he wasn’t particularly charismatic or easily seen as a PM; the vision he was offering wasn’t sufficiently described to the people who needed to truly see it, and at the end of the election Scott Morrison didn’t seem so bad compared to a risky bet in Bill Shorten. As Samantha Maiden in her book Party Animals described, Australian voters hate risk. It’s our biggest fear. Shorten was the bigger risk, so Shorten lost. Realistically, all that any side needs to do to win is show that they are a safer pair of hands.

That’s not to say any Opposition with a bold vision is punished – effective messaging can easily label any sufficiently incompetent government the bigger risk. But instead of taking Maiden’s lesson from 2019, Albo has shied away from media scrutiny and attempted to squeak past the finish line. In the process, he’s become an unknown quantity, and therefore a bigger risk. All he needed to do was remind people that with a pandemic, a recession, a dust-up with China, several defence cock-ups, and a war in Europe, Scott “I don’t hold a hose” Morrison cannot be trusted to grip the wheel when driving Australia through the twists and turns of the 2020’s. Not only is Albo an unknown quantity, what we do know about him is a let down from his high-profile days as the can-do kid and leftist lion in the Rudd Government. He’s declared himself “not woke”, made bizarre transphobic concessions to the Daily Telegraph, and attempted to avoid the wrath of Rupert Murdoch by dismissing the obvious cancerous influence he has on democracies world-wide. All in the hope no one will complain as he reaches for the keys to the lodge.

Murdoch is still doing his best to delegitimise the Labor leader while at the same time, some look at Albanese and understand that ScoMo is bad but don’t know Albo well enough to see any difference. Difference is needed in politics: democracies are debates, where elections are the final closing arguments before the audience chooses the vision they would rather realise. When Albo runs to the centre, everyone (left and right) loses, young people most of all as we’re left with little faith that in the future – no one seems to tell us what it looks like these days.

Albo is either being held back or holding himself back, and it shows. His policies do actually spell out a great vision, but right now it’s not easily visible to the ordinary voter. You can perhaps pick up a fragment in a speech here and there, but for the most part he downplays a broad theme in favour of a figure or a soundbite. Policies like Aged Care funding are welcome and uncontroversial, but with no narrative underpinning any of them (at least, nothing that’s making the news), it is difficult for people to truly see what Labor’s future Australia looks like. Consequently, no matter how much we as a nation may dread another three years of the chaotic Coalition, by virtue of being the government already, they are the only known quantity in the race.

But it doesn’t have to be this way. Albo took a beating with the opening economic gaffe from which he hasn’t fully recovered, and a bout of COVID took him out for a week, leaving Jason Clare to mind the shop. Clare’s elevation from the latest model of NSW-Labor-Right-White-Guy to a “sex symbol” and the media’s preferred Labor leader is at least in part due to his bold, unapologetic blasts at the Government. Hopefully, Albo’s emergence from a week in self-isolation begins his political revival as his old self: an authentic, genuine person with a belief in the government’s ability to act for good, who won’t tolerate this government for a second longer. Anthony “Fighting Tories” Albanese needs to come back, and he needs to get angry. Labor itself needs a reboot, to stand up and truly present itself the party of light-on-the-hill progressivism, just as it always has been. If Labor can relaunch itself and its leader right now, and offer a compelling alternative future, they’ll be able to fulfil their obligation to the democratic process.

There are two Anthony Albaneses: the guy who abandons the moral high ground to avoid a fight entirely, and the guy who stays and wins. We’ve seen the latter peak out for the first time in the first Sky News debate: Albo’s hits on ScoMo have always been fairly tepid and restrained, but this time he took centre stage and something about the strength of his character shined through. The messages weren’t new, but they came from a place of conviction. It was the same in the case of the campaign launch, although the success there was more about clear vision than showing that he has the essence of a leader. We need to see more of that, and less of the man who will capitulate in the culture war at the first sign of trouble. We need to see more of the man who will stand up and remind everyone that said war is a vain attempt by desperate right-wing thugs to weaponise human beings into causing a distraction so they can move attention away from the plain reality of their awfulness.

I can imagine plenty of Labor staffers, people who are actually qualified to have strategic opinions, reacting in total bewilderment to my take here. They would stress the need to avoid a media beating and just let anti-ScoMo sentiment get Albo in, that the idea of risk is ridiculous and that brave progressivism is what cost them in 2019. But to them I say that he’s still copping a beating, so Albo might as well get out there and prove that he can be more than an anti-ScoMo. Although the last week has seen Albo inch out of his shell in what seems to be a potentially promising start, that may be all we get this campaign. It could very well be that Labor wins in a landslide this month by playing it safe, but that would be unprecedented. Labor leaders such as Rudd, Whitlam, and Hawke have always won from opposition by being charismatic and offering a compelling vision, and the ingredients are genuinely all there for him to add his name to that list. You just have to let him loose. Let him speak to us, and show us he’s ready.

For the sake of the country, just let Albo be Albo.

Disclaimer: Alejo Pintos-Lopez is a member of the UNSW Labor Club. His views are his own, and do not necessarily reflect the views of any organisation, including the Labor Party, UNSW Labor, or Tharunka. 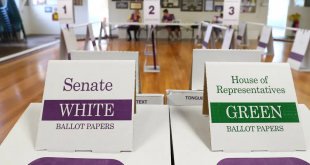 The only how to vote card you need! 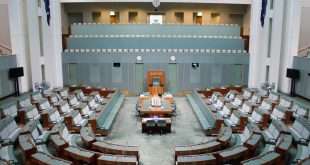 What is a hung parliament and what does it mean for me? 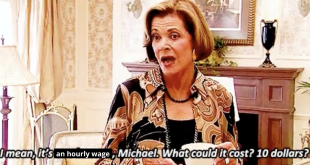 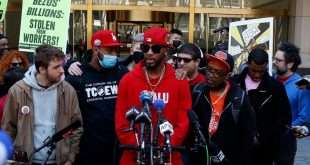 Young Australians are less likely to be part of a union, but willing to attend a protest or boycott a company. The Amazon union victory in the U.S could inspire the next generation of Australians to see unions as a force for political change.