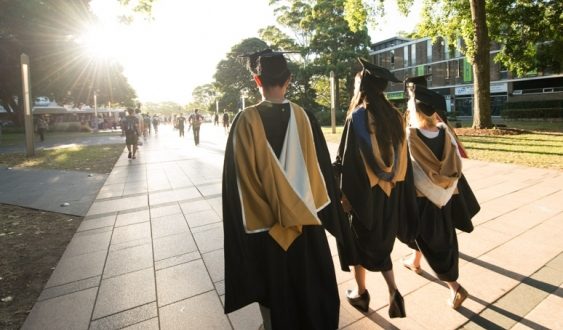 My Lessons from Uni

I started working full time in 2016 and finally graduated in early 2018, so why am I writing for Tharunka? I’m back at uni in 2020 (I thought it might be a good idea to get a bit of research experience under my belt) and thought it might be helpful to share gripes experienced and lessons learnt since I kicked uni off in 2013.

Everyone will tell you to “get involved” and “try everything”.

They’re right to recommend that. Nowhere else provides as much opportunity to try as great a variety of things, for such a low cost, as organisations like Arc do.

I think I signed up to be a member of 40 or so Arc clubs when I went to my first O-Week. I ended up attending at least a dozen different events that year. Within 2 years I was only active in two or three clubs and societies. In the words of one of my favourite lecturers, undergrad degrees are the buffets of higher education, so give what interests you a go – be it in your studies or outside of them.

For those interested in the full quote, apparently Master degrees are more like a three-course meal and a PhD is the preparation of a dish of your own. I wouldn’t know, I don’t have either.

They’ll tell you that because they don’t probably have the same variety of opportunities now.

Uni is the best time to try new things because students have a far lower barrier to entry, lower opportunity costs and fewer consequences for failure compared to the “real world”. Inversely, trying new things will be a little bit harder or more expensive the closer you are to graduation. It is unlikely your future employers will particularly care if you were Arc Delegate for the Roman Legionnaire Live Action Role Playing Club, so just keep in mind the less tangible benefits – building soft skills, meeting people and having fun.

They may not tell you that getting involved and trying everything is exhausting.

There are only 24 hours in a day and I strongly recommend sleeping for at least 7 of them. Odds are you commute a fair way to uni, and unless you get assistance of some kind you’ll be working while you study. Given we only have a finite amount of time on this earth (let alone at uni) try to strike a balance, consider tradeoffs and minimise dead time.

Finding work after uni sucks – but you should be proactive.

You don’t need an internship to get a graduate role. You don’t even need a grad role either! If you do want either of those things, stack your resume in a way an employer would find desirable and sell yourself – upskill, volunteer, intern, show initiative. Regardless of whether you get a grad job, there are plenty of graduate-friendly employers and entry-level jobs available for students and graduates. I deferred my studies to work in a call centre, which led to a variety of policy roles, which was where I wanted to end up anyway. Your path may not be as windy.

So look after yourself.

None of this will stick, and that’s fine.

I think I read a few articles like this back in my first O-Week in 2013. I proceeded to take precious little of the advice. You likely won’t either. That’s fine, permitted you bounce back and maintain a sense of optimism. You might think you’re there for the seafood, but give the bread-and-butter pudding a go too. Chatting to the people at your table can’t hurt either. Enjoy it but try to avoid getting food poisoning. Most importantly, avoid using extended metaphors when writing!

Jordan Daly is back at UNSW to study an honours thesis on industrial policy. He graduated in 2018 with a Bachelor of Commerce and Arts and works full time. He was involved in the Arts Society and Student Representative Council when he was completing his Bachelor degree.