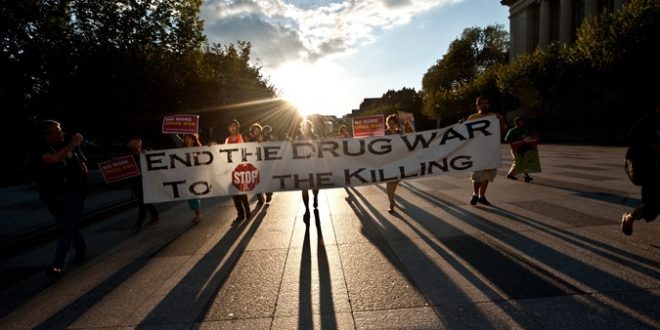 Legalising Drugs: Should We Follow the Australian Capital Territory?

In September 2019, the Australian Capital Territory became the first Australian jurisdiction to legalise cannabis – but not exactly. Even though from 31 January 2020 it became possible for people over 18 years old and in the ACT to possess cannabis and grow cannabis plants at home, Commonwealth laws are still applicable. Thus, as a matter of federal law it still is illegal to possess or cultivate cannabis. Due to the uncertainty of conflicting laws, it might be too soon to celebrate the advance[1]. In spite of this confusing reality, the bill has brought to light important discussions on whether Australian states should follow the Capital Territory’s lead. The answer is simple: yes. History explains why.

On 17 July 1971, the President of the United States Richard Nixon declared the so-called ‘war on drugs’. Now, almost 50 years later, the levels of addiction, trafficking, violence and imprisonment continue to rise[2]. So why do governments all over the world keep on fighting a long-lost battle? There is only one possible explanation: there is not, nor has there ever been, an actual war on drugs.

Long before Nixon proclaimed drug abuse ‘public enemy number one’, the prohibition of drugs was already an issue. One of its catalysts dates back to the mid-1800s, when thousands of Chinese labourers helped build the Central Pacific Railroad, linking America from east to west for the first time in history. As soon as its construction was completed, however, the thousands of now-unemployed Chinese began to be seen as a threat to white Americans’ jobs and habits[3]. Donald Trump wasn’t the first to introduce the “immigrants are stealing our jobs” platform.

This sentiment produced the Chinese Exclusion Act of 1882, responsible for barring Chinese people from entering the United States and placing restrictions on those already there. Alongside the first immigration law to exclude an entire ethnic group, in order to promote the “America for Americans” agenda, the next step was to attack not Chinese people per se, but rather their cultural habits. One of them was the practice of opium smoking, and newspapers readily associated the substance with the destruction of American youth and morality.

This successful method of negatively associating an unwanted group of people with some kind of drug as a means to remove both of them from society was officialised by the Harrison Anti-Narcotic Act of 1914, where cannabis became the next target. This time, it was told that Mexican immigrants and African-Americans, while under the influence of marijuana, would go insane or even kill people. Curiously, white addicts weren’t treated the same way. Instead of being incarcerated or killed, they received proper help to cure their addiction[4].

The Australian version of the drug war followed a similar path. As Chinese immigrant laborers consumed opium recreationally, the drug rapidly became a symbol of fear, distrust and immorality. But they weren’t the only target: numerous bills introduced throughout the 19th century contained specific restrictions on opium sale to indigenous Australians, whose level of illicit drug use was more than twice the level of the general Australian population[5]. This pattern of racism and xenophobia repeated itself around the globe.

Nowadays, the rhetoric is quite different, of course. It is not “ok” anymore to be openly racist and xenophobic as it was in the 1910s. The arguments heard today all over the world are about how drugs are bad for our kids and teenagers, and how it can lead to a dangerous path of addiction, violence, crime and death. However, total global opium production jumped by 65% from 2016 to 2017 and the global number of cannabis users continues to rise every year[6]. In Australia, drug dealing is the most commonly reported crime, and the first decrease in illicit drug offences since 2010 occurred mainly because lower-level offences, such as minor drug possession, were diverted away from the court process[7]. In other words, the decrease was in the attention given to drug offences by the legal system, and not necessarily in the consumption of drugs itself. So how come the war against drugs is more drastically lost every year?

Again, this constant defeat happens because there is no actual war on drugs, and it was never about how much the government cares about people’s health, but about power, control and exclusion. In fact, studies show that, among 20 other legal and illegal drugs, alcohol is the most harmful one. Not cocaine. Not marijuana. Not heroin[8]. Moreover, research shows that prohibition and prosecution can be even more harmful than drug use itself – and that’s exactly why the legalisation of drugs is important[9].

In the same way with alcoholism, drug addiction should be addressed through medical support to those affected, not by locking them up. In Australia, where cannabis is the most used drug, 92% of national arrests were consumer-related between 2017-2018[10]. Thousands of people are being incarcerated because of the herb and already overcrowded prisons are becoming even more populous, worsening inhumane conditions, inadequate mental health services and lack of rehabilitative services. The recent cannabis legalisation in the ACT was, indeed, an advance, but shouldn’t exactly serve as an example.

Under the cannabis laws people can grow cannabis plants, but they can’t buy seeds, since commercialisation isn’t permitted; people are free to possess up to 50 grams of dried cannabis, but possession is still illegal under Commonwealth laws[11]. Since federal and ACT laws are still in conflict, it’s not possible to consider the legalisation a huge victory yet. Even though it is exciting to see that such a progressive bill has passed, the territory’s residents need to be careful. While the intention of legalising cannabis is positive, implementing this new legislation still seems to be problematic. In other words, the legalisation was more symbolic than practical, because more attention was given to what should be done than to how it should be done.

However, its symbolism is still important; it’s a way of recognising that current drug policy is far from effective, and it might open doors to more logical and precise legalisation not only of cannabis but of other drugs too. For now, people living in the ACT should be careful and not act as if it was completely safe to possess or cultivate cannabis at home. The best we can do is keep on fighting for a more thoughtful and efficient drug policy.

[5] Hamilton, Margaret. 2001. “Drug Policy in Australia: Our Own?” In Drug War American Style: The Internationalization of Failed Policy and its Alternatives, by Jurg Gerber and Eric L Jensen, 100-103. New York and London: Garland Publishing.

Share
Previous My Lessons from Uni
Next Spotlight On: Amelia Loughland