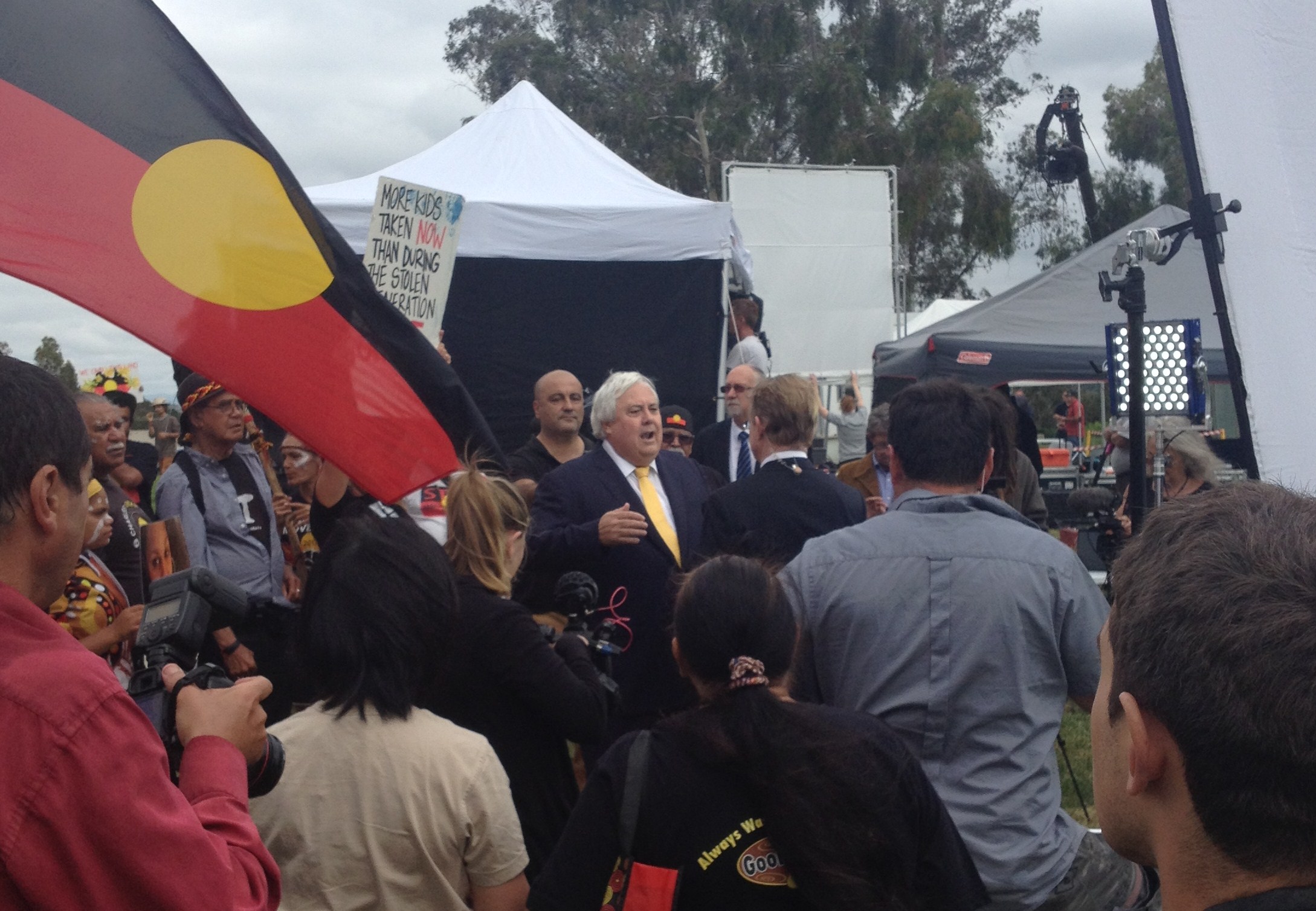 On February 9, at the height of the Liberal leadership spill, Tharunka sent correspondent Ned Hirst to the halls of Canberra to report on the excitement. Here’s what he saw.

At ten o’clock on the morning of the failed vote for a leadership spill, Philip Ruddock is asleep in the House of Representatives. I’m here to soak up the excitement of Liberal party in-fighting, but this serves as a brutal reminder that politics is rarely a spectator sport. This is a boxing match that takes place behind closed doors, affording audiences the replacement entertainment of the 71-year-old referee sleep an hour later.

Perhaps the excitement of the morning has proved too much for Ruddock, or perhaps he is simply bored by Fiona Scott’s (admittedly rather long) speech extolling the benefits of a new partnership signed between UWS and Beijing University. When he suddenly jolts out of his mid-morning stupor, he sheepishly rises and exits quietly. Before he leaves, he shares a knowing grin and wave with Speaker Bronwyn Bishop. It’s a telling moment. Two aging conservative warriors are safe in the knowledge that their guy remains in the top job, at least for now.

Meanwhile outside Parliament House, Clive Palmer conducts an interview with Channel Ten surrounded by protestors from the Tent Embassy. The Sunrise team are set up on the lawn for the morning, and most television networks have set up camera crews for live crosses. The Tent embassy has taken advantage of this sudden media presence to protest about indigenous deaths in custody. Palmer is decrying the leadership spill as a distraction and appealing to the crowd around him by lamenting infant mortality in indigenous communities. The Palmer United Party deplores deaths be they “black, white or otherwise.” Pretty facile stuff really, but it gets a rousing cheer from people who sadly have had little to applaud. New reports show that the targets to close the gap are not being met, but the media is feeding on the masturbatory self-indulgence of poll-driven politics. One of the protest organisers, Milly, tells me she wished the AFP officers surrounding the peaceful protest would put down their guns. Her sentiment is not echoed by David Leyonhjelm, who tastelessly yokes an argument about gun ownership onto the Senate’s official extension of condolences to the victims of the Martin Place siege and their families.

The circus grinds on, but it’s hardly business as usual for Abbott. He has to accept that one of two unpalatable options is true: either some of his Cabinet colleagues have turned on him (six, confidently declares the Daily Telegraph), or 39 of the remaining 66 members of caucus have lost faith. The Labor Party are in very high spirits during Question Time, much to the chagrin of Bronwyn Bishop and to the visibly embarrassed Turnbull. Abbott spends most of his time talking about packages – not the kind memorably invoked by Jacqui Lambie – rather a package for families involving child care and one for business and jobs. If it sounds like I’m skimping on the detail, I’m really not. No-one knows what these policies actually are, presumably including the PM. “Good government starts today,” he says, but good government starts therefore from a seemingly intractable mess. Fee deregulation and the GP co-payment are locked in the Senate and the policy reset is confused. Where does he go? To whom does he turn? I have a palpable sense that what is happening in the chamber bears no resemblance to reality, scarcely even to a political reality. This is politics with no subject but itself, feeding and thriving on its own solipsistic existence. The choice between Turnbull and Abbott was never, so far as we know, about policy so much as it was about public perception, but perception of what the government seems to have forgotten.

Leigh Sales hounds Abbott that night asking “who is the real Tony?” The government is drifting for lack of policy direction, even its austerity politics are non-committal – they pledge not to take fights to the Senate they can’t win, unless of course they think they’re really important. Then what have they been doing so far, picking unwinnable fights for fun? At the end of Richard III, the conniving protagonist finds himself King, but with scant supporters and no direction. His crisis of identity – “Richard loves Richard: that is I am I,” – leaves him nowhere to turn. Maybe it’s glib and unfair to compare Abbott to Richard (after all, the latter’s crimes are only alleged), but if Abbott can find no way to define himself other than “not Labor,” he has died by his own hand. Perhaps he can turn it around. The party room has extended him the opportunity. But it will take an effort worthy of Hercules, and the Prime Minister at present more resembles Sisyphus. The difference being, with the member for Wentworth waiting in the wings, one way or another it won’t be eternal.