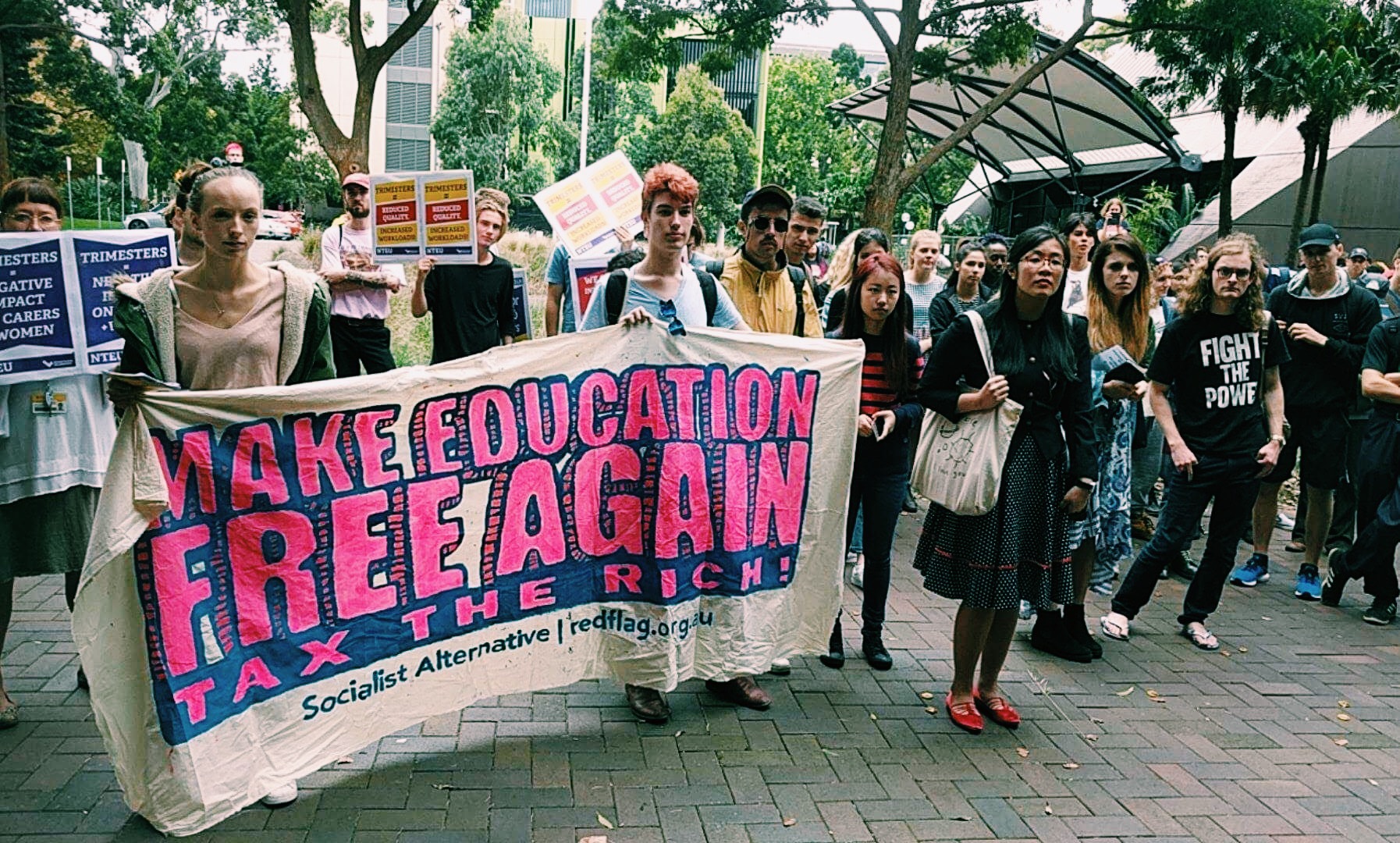 Processed with VSCO with c1 preset

Up to five hundred students and staff gathered yesterday afternoon on the library lawn in opposition to trimesters, in one of the largest rallies at UNSW in recent memory.

Students ate 100 boxes of pizza while listening to student, staff, and alumni leaders criticise the motives and effect of the plan.

“Trimesters is [sic] going to make it harder and harder to be a student”, National Union of Students President, and UNSW Alumni, Sophie Johnson said, “education is [being] seen more as a business, rather than an investment in our future.”

Students and staff chased three students in flimsy cardboard outfits to the chancellery, where the “Trimonsters” threw chocolate gold coins at the crowd. As the amount of gold coins diminished, the call for Vice-Chancellor Ian Jacobs to face the crowd intensified.

Late last year, the university administration began to unroll their vision for the university come 2025, called the 2025 Strategy. So far, the tangible effects of this plan have been the proposed implementation of an unpopular three-semester system in 2019, and $25 million dollars of staff cuts.

The university sent out surveys to students throughout the last year, in order to gauge student opinions and raise awareness about the changes. Despite these public surveys showing that student support for the three-semester system is unpopular, the university has continued with its implementation, arguing the consultation “was not a referendum”.

The full results of the university feedback about the 2025 plan was requested through the Government Information (Public Access) Act , however, the request was denied as the information could “provide competitors with information they could use to attract staff and students away from [UNSW] to their own institutions” and “likely result in less engagement from stakeholders.”

The university is under increasing pressure to respond to criticism from its students and staff, as a petition to end the trimesters proposal nears 2,000 signatures.