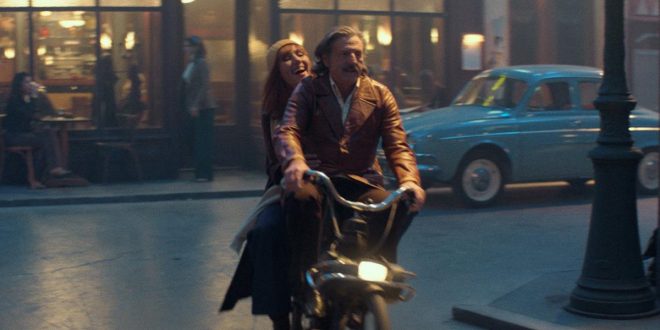 La Belle Époque, meaning ‘The Good Times’, is one of the most riveting and touching films I have ever seen. Part of the 31st annual Alliance Francaise French Film Festival, this charming and charismatic film explores how romance grows and changes in old age.

The film tells the story of a married couple who have fallen out of love. It is a whimsical and witty exploration of romance through time as it faces the inevitable trial of age. We follow Victor (Daniel Auteuil), as he desperately yearns to relive the day he first met his wife, Marianne (Fanny Ardant). This pursual of nostalgia leads him to pay for a time travelling service in order to relive his fondest memories. The tension between the present and past is highlighted through the exploration of nostalgia, as Victor’s pursuit of the past becomes an obsession.

Just like the protagonist, I too was entranced by the aesthetic depiction of the past. These ‘time travelling’ scenes which were depicted through film sets, are used to recreate the desired time periods that people wished to explore. I was sucked into various time periods, from France during the 1900’s, to a meeting between Hitler and his followers in World War II, to the laid back 80’s. All proving to be engaging while keeping its humour through glances of peeling wallpaper, fake rain and the stage lights. These are observed by Victor who, just like us, appreciates it all nonetheless as his own ‘set’ places him back into his youth when he first meets his wife. The name of the film La Belle Époque (meaning “the good times”) complements the story perfectly and reinforces the protagonist’s journey of rediscovering the past through the enactments of his memories which are arguably ‘the good times’ from his life.

The score, composed by Nicolas Bedos and Anne-Sophie Versnaeyen, harmoniously backed up the more emotional and even chaotic of scenes, further inviting audiences to remain immersed in both the sad and exciting moments. Screenwriter Nicholas Bedos delivered well-written dialogue that brought humour to the story. The humorous writing was one of my favourite aspects of the film as it brought a sense of informality and enabled audiences to enjoy the hilarity of most scenes. The writing propelled the story forward and made the recurring satirical commentary throughout the film more engaging.

The plot line can become frantic and I did find it difficult to keep track as we begin to watch the past story of Victor meeting his wife in their youth take place in the present through the enactment. However, I believe the complexity added to the humour, especially as a complicated love triangle is formed.

The constant and seemingly endless (in a good way) chain of satire present throughout the film in the form of dialogue and back and forth banter, made the melancholy scenes more light-hearted. It was a charming story which had me engaged all the way through, from the opening scene filled with dramatized action to the more serious yet satisfying end. Some of the audience members might have watched the way that Victor interacts with aspects of the modern world through technology, and chuckle to themselves (as I did) making a connection to their own parents.

Below the surface of comedic lines and back and forth banter are very real and melancholy themes surrounding love and the way people change, falling in and out of love and growing apart. A moving film directed by Nicolas Bedos. Overall, I loved La Belle Époque, a charming and witty film that depicted various historical periods with magical visuals and production design. Just as the world around us changes, so shall we, and I believe that Nicolas Bedos explores this idea through his film and the complexities that are tied to growth, romance and memories. Four stars from me!

Previous “We are the original storytellers”: Taika Waititi’s Oscar Win
Next 5 Protest Movements to Follow in 2020