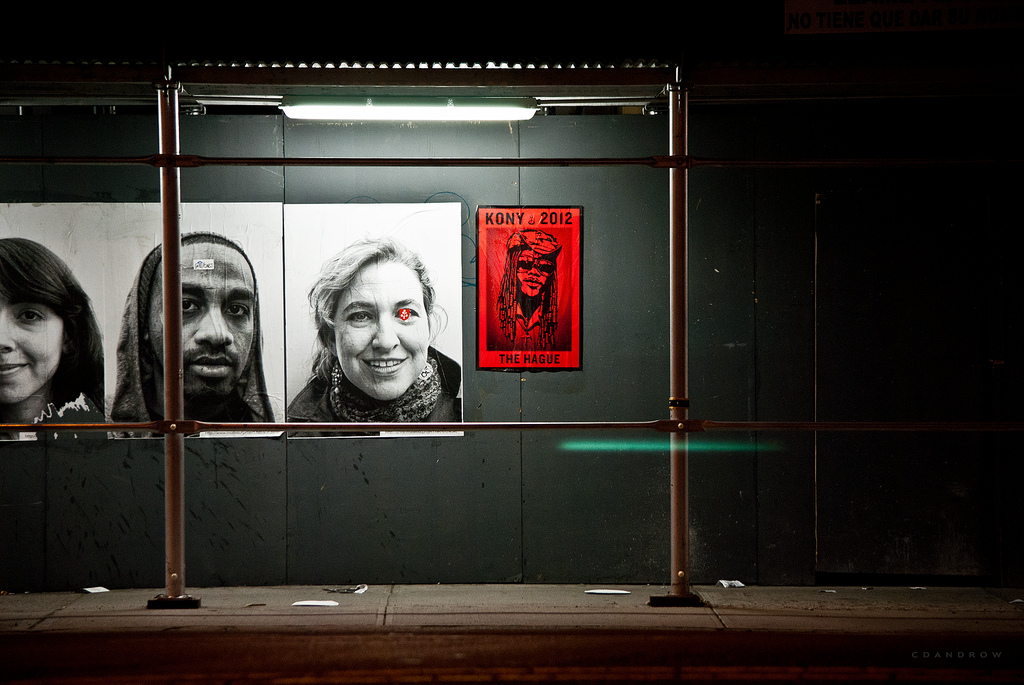 Kony Fever and the Downside of Celebrity Activism

On Christmas day 2008, the Lord’s Resistance Army (LRA), a Ugandan rebel group, went on a three-day killing spree, massacring over 800 people in the north-eastern parts of the Democratic Republic of the Congo (DRC).

Only a year later, 300 had massacred and 250 abducted, including around 80 children. By last June, the LRA had launched 158 attacks since the start of the year, with the overall death toll at approximately 2,500.

But these numbers are not what made the headlines.

What got the media and mass public talking was ‘Kony 2012’, a video by an organisation called Invisible Children, in which the filmmaker explained to his infant son that Joseph Kony, the head of the LRA, was a bad man that needed to be prosecuted, and that if he became famous, the US government would be encouraged to capture him.

Since then, ‘Kony 2012’ has been backed by Angelina Jolie and George Clonney, and following worldwide criticism for its simplicity and reductive argument, the filmmaker, Jason Russell, has been hospitalised for psychosis.

Aside from a rising scepticism over Invisible Children’s financing, the main criticisms were concerned with the way the film used a misleading and reductive premise to tell a very complex issue, one that was certainly not new. For one, the LRA no longer operates in northern Uganda as the video suggests, but mainly in the DRC, in South Sudan, and in the Central African Republic (CAR); secondly, the Obama Administration had sent 100 US troops last year to assist the Ugandan army, with no sign of withdrawal; thirdly, the video not only endorsed US military intervention as the only solution, it also implied that capturing Joseph Kony was as simple as making him famous, when the fact is that he has been on the list of most wanted criminals by the International Criminal Court at least since 2006.

But over-simplicity aside, is it so wrong that the video brought a criminal of such calibre to attention? And is it a bad thing for celebrities to endorse worldwide issues and bring them to a public that would otherwise not care? The answer is yes and no.

Yes, Joseph Kony should be arrested, but the problem is manifold.

The Cobweb of Violence

Since its emergence in 1986 the LRA has abducted 3,400 people, the majority of them children. Some have been used as soldiers and sex slaves, some have escaped and many have been killed or mutilated in the process.

That the LRA no longer operates in northern Uganda does not mean that the extent of their atrocities has diminished. They still carry out abductions, mass rapes and murders, usually in forgotten and remote areas of the CAR, South-Sudan and the DRC.

But it is also true that the violence and corruption that pervades in the central African region extends beyond the reach of one man, and his arrest will not solve or halt these issues. Corruption, politics, neglect and incompetence have a lot to with the problem.

Mr Kony himself expressed that the LRA alone is not responsible for all the problems in the region. “People must recognize that there was a problem. Kony is not the problem. The problem existed before Kony,” he told Uganda lawyer and politician, Norbert Mao, in 2008.

Although the Ugandan army sent troops to north-east DRC and South Sudan to capture Mr Kony almost four years ago, there have been no results, and many blame the government’s neglect.

Additionally, government troops (both Ugandan and Congolese) are known to carry out abuses, pillaging, arbitrary killings and sexual violence in the places they are hired to protect.

Norbert Mao recently wrote in Foreign Policy that it should be a point of controversy that U.S. troops are standing shoulder to shoulder with certain Ugandan officers who ought to be charged with war crimes.“Americans should shudder at this partnership and demand that the Ugandan government hold accountable those members of its military establishment who need to be tried for crimes against humanity,” he said.

That a large part of the LRA’s soldiers are or were once abducted children is another issue that deserves attention. We have to wonder what extent is it fair to punish those who didn’t have a choice.

United Nations secretary-general special representative for children, Radhika Coomaraswamy said the UN would prefer to focus on the children and the funding going to the children, rather than focusing purely on a military solution. “We think, absolutely, that Kony should be arrested and sent to the ICC. But how we get him is crucial to us, because a lot of Kony’s fighters are children.”

So yes, the problem is far-reaching and much more complicated than the ‘go-get-bad-guy’ narrative the ‘Kony 2012’ film exposes, but it still would be better for Mr Kony to be arrested than not to be arrested.

In fact, it is because of the campaign that African Union (AU) announced on the 23rd of March that it will launch an army of 5,000 soldiers from all over the region to operate in South Sudan, near the border with DRC, to capture Kony and his army.

Why then, does it make us uncomfortable when celebrities campaign against human rights issues? Because positive intentions do not always lead to positive results.

Once again, the downside of treating non-experts like Bob Geldof or Bono (or George Clooney or, indeed, Angelina Jolie) as international development ambassadors is that complex issues can become over-simplified. “Celebrities provide their followers with easily understood, morally couched messages, but the process of development is much more complex”, write Dieter and Kumar in the journal Global Governance.

The problems are easily simplified, but the solutions rarely can be, and more often than not, they haven’t even been found.

It would be a very good thing for Joseph Kony to be punished for his crimes, but this is only one part of a wide web of complex issues in a region that has been unstable for decades.