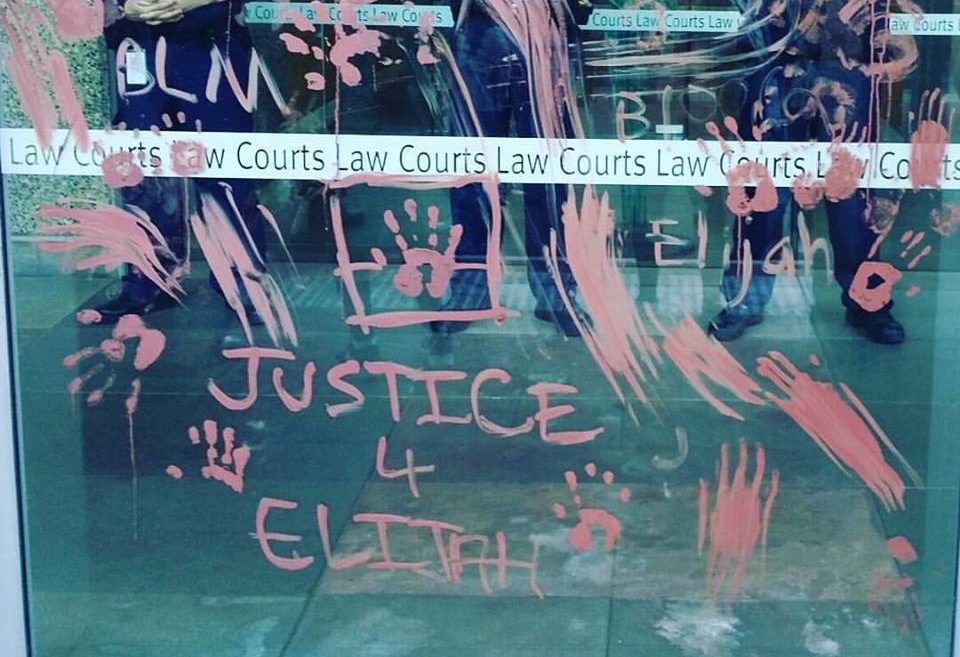 In August last year, a white man deliberately ran over and killed a 14-year-old Aboriginal boy. Elijah Doughty was riding a motorbike through the streets of Kalgoorlie when he was mowed down. The man alleges that the bike Elijah was riding at the time was stolen, a claim disputed by the boy’s family and never proven in court.

“This one right here for Elijah,

and watch that motherfucker burn,

down with the murderous liars,

he killed a fourteen year old and it’s still no hear no see no,

The fears of Birdz and many other First Nations people were realised last Friday, when the Supreme Court of Western Australia found the man who hit and killed Elijah not guilty of manslaughter, instead sentencing him to three years’ imprisonment on the lesser charge of dangerous driving occasioning death.

In response, rallies were called across the country to mourn Elijah’s death and to express anger at the verdict. In one such rally, 200 people gathered on Monday outside the Supreme Court of NSW in Sydney.

Ordinarily, First Nations rallies are fired up and passionate, but a deep sense of grief and sadness could be felt for most of the rally. Many attendees hung their heads and were moved to tears throughout the speeches.

“All week Aboriginal people have had to justify what is going on, have had to justify that a kid is now buried in the ground, that a family is now mourning that they can never love and cherish again,” said mental health advocate Joe Williams, a Wiradjuri man.

Numerous First Nations people spoke, refusing to allow the death of Elijah Doughty to be isolated from the broader issues of racism and colonisation faced by Aboriginal people.

Wiradjuri elder Aunty Jenny Munro asked the crowd, “How many of our young people have to be sacrificed at this altar of racism in this country before it is recognised for what it is? A deep, deep sickness of the mind.”

As young Aboriginal children sat and listened with their parents, Bundjalung-Dunghutti-Gumbaynggirr woman Elizabeth Jarrett spoke of her own fears, telling the crowd, “I stand here again as a mother and the biggest fear I have as a mother is coming true: our babies are being murdered and no one gives a fuck.”

She listed the names of other Aboriginal people who have died prematurely: Ms Dhu, TJ Hickey, Daniel Yock, just to name a few. Her speech ended with her asking people to get educated on the issues facing First Nations people.

Red ochre, representing the blood of Aboriginal people who have died in Australia’s 229-year-long colonisation, was thrown over the steps and windows of the Supreme Court. It was a powerful and striking image for those of us watching on.

Attendees were invited to push their handprint onto the glass, with some scrawling the words “Justice for Elijah”.

Actor Meyne Wyatt, a Wongutha man, former Kalgoorlie resident, and cousin of Elijah, spoke powerfully about the strength and resilience of First Nations people in an impassioned call to arms.

“You wanna kill us? Well, guess what?! We’re still alive, we’re not going away!” he declared.

The verdict delivered on Friday sends the message that Aboriginal lives are worthless. Wyatt refuted these claims, drawing parallels to the chorus of “Black Lives Matter”, in which Birdz raps:

but shit, the fact of matter is,

we just black matter to them,