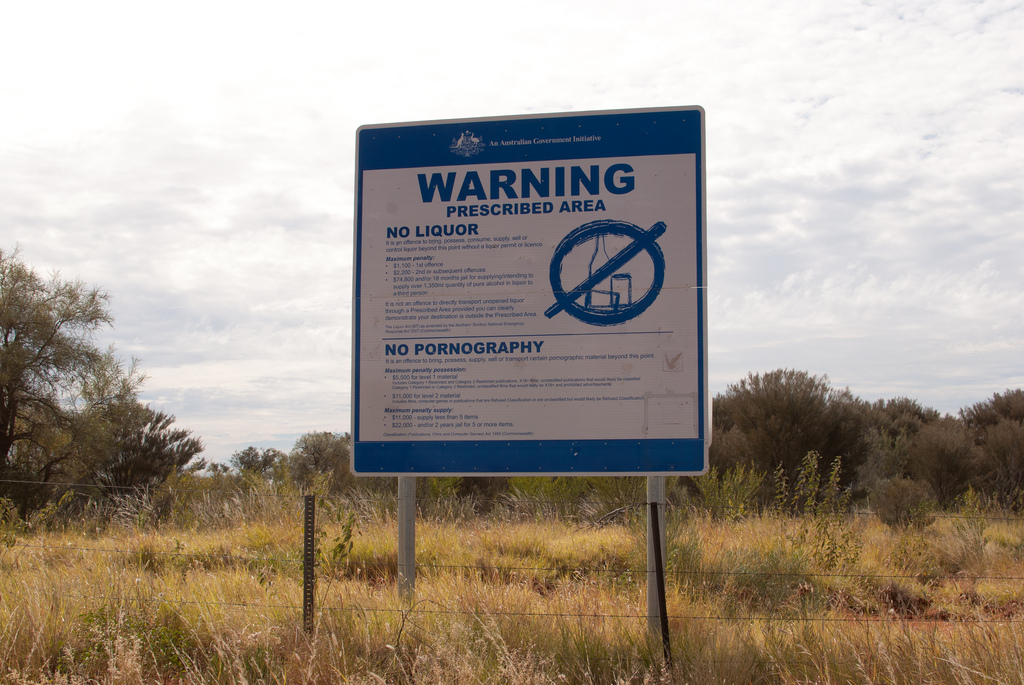 Since it was implemented in late 2007 under the Howard government, the Northern Territory Emergency Response (NTER) has provoked nothing but polarisation and vitriolic responses from both sides of the political divide.

From states’ rights advocates to international human rights activists, finding an interest group apathetic to this scheme and its political implications is incredibly difficult.

Even the rich, disaffected youth are responding, but not with activism so much as a weird, sinister combination of relief and shock—relief that the government isn’t taking effective measures to regulate their binge drinking, and amazement at the government’s effective banning of retail pornography in parts of the Northern Territory. Come to think about it, they may just be amazed at the irony that some people are too poor to get their pornography for free. While the rest of us genuinely sympathise with the indigenous population, their plight is fatally remote to us, divorced from the swaying palm trees and handbag-sized dogs that characterise life in much of metropolitan New South Wales. Our sympathy is abstract, not something grounded in experience, and thus routinely eroded by prejudice. Most Sydneysiders can’t even tell their indigenous friends apart from one another, not because they’re bigoted, but because their indigenous friends are in fact the same person—David Unaipon, the man on all the fifty dollar notes.

But while the plight of the Northern Territory, a “national emergency” as Howard called it, is a world away, the regulatory model created to address it is not. Pursuant to the Social Security Legislation Amendment Bill 2011, ‘welfare quarantining’, Australia’s answer to food stamps, a policy that restricts welfare recipients from purchasing alcohol, tobacco, pornography, gambling products or gambling services, is to be expanded nation-wide.

‘Place-based income management’, effective July 1, 2012, is the first expansion of the policy beyond the third-world conditions of the Northern Territory. First and foremost, it should be recognized as a shield with which the Gillard government can defend itself when accused of endorsing Howard’s erosion of the Racial Discrimination Act 1975 (Cth).

Recalling the special measures granted under the Social Security Administration Act 2007 (Cth) to, inter alia, exclude the operation of the anti-discrimination and equal political rights provisions of the Racial Discrimination Act.

The new model, scheduled to come into effect on 1 July 2012, will be used in five locations across Australia, including Bankstown, a major urban hub in Sydney’s South-West. According to Centrelink, it will be applied ‘in cases where it is considered to be a useful tool in addressing child neglect and building life skills’ and to those ‘at risk of homelessness due to rental arrears’.

This is, by any measure, a radically new approach. It redefines the “disaster relief” logic of welfare quarantining using strictly economic terms; regions subject to the scheme are referred to as income management areas (paragraphs 123UCA, UCB, UCC). It is completely at the discretion of the relevant minister to expand these powers on a state by state basis to make them indistinguishable from, even broader, than the Northern Territory powers.

To reiterate, at the time of its drafting, the only justification given by then-Prime Minister John Howard on the need for welfare quarantining was that there was a “national emergency” in the Northern Territory. In fact, he went much further than this—he likened the Northern Territory to Hurricane Katrina, one of the five deadliest hurricanes in the history of the United States, causing over USD $81 billion in damage and thousands of deaths. It must be asked whether these powers— Hurricane Katrina emergency powers—are an appropriate fixture in metropolitan New South Wales.

As we reflect, this leaves many of us scratching our heads, wondering how a thing like nation-wide welfare quarantining could get bipartisan approval. Putting aside the objective merits of the scheme, how is it that in our deadlocked political system, welfare quarantining is a bipartisan issue? One way of looking at it is to see social policy, values and morals as spill over from economic policy.

Judged in this light, an overly punitive welfare policy is simply a by-product of a business class with disproportionate influence on public policy. Indeed, criminologist Jock Young argues that the re-entry of New Labour into social politics was predicated on an intensive rebranding campaign, the centrepiece of which was a stoop to ‘value politics’—the lazy, ad personam politics that packages private morality and public policy-making.

To gain financial support, left-liberals were forced to define immorality as an ‘exceptional social problem unrelated to any systemic issues’. Problems of homelessness, joblessness, substance abuse and general social disadvantage thus became irrefutable evidence of inherent character flaws. When the task at hand is to ‘save the poor from themselves’ by taking away their economic rights, it is easy to exclude discussions of redistributive justice from what is ‘right’ and ‘appropriate’ in political discourse.

Since time immemorial, people very much like us have resorted to racism, stereotyping and intellectual oversimplification to justify their own social pre-eminence. This is to be tolerated at an individual level—without first creating a fiction of self-entitlement, how would any of us be able to even look at ourselves in the mirror? But while this is an effective coping mechanism in a post-modern world, it is not simply acceptable in the realm of public policy making. As African-American social-theorist Thomas Sowell once wrote, “It is amazing how many people seem to think that the government exists to turn their prejudices into law.”