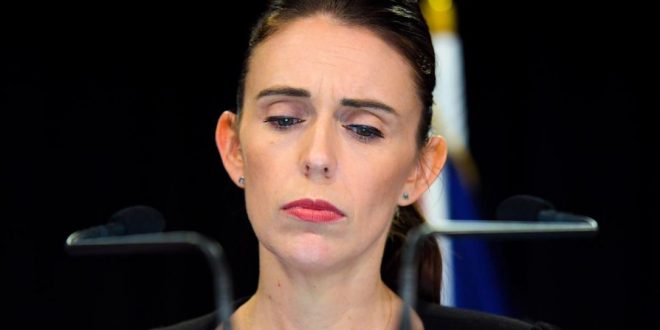 Jacinda Ardern Isn’t Who You Think She Is

New Zealand is seen as a political paradise in comparison to Australia and the Western world, with its prime minister showered with accolades for her leadership and for being a young, female, progressive alternative. The truth couldn’t be more different. Jacinda Ardern’s government has continued in more or less the same direction as the previous National Party government albeit with some progressive concessions. Granted, her conduct was magnificent following the horrible Christchurch massacre, the image of her wearing a hijab embracing a grieving woman after the horrific shooting was a symbol of hope in times of hate. However, while all leaders should aspire to her conduct, the key to success is policy. It’s on policy where Jacinda Ardern sadly falls short and fails to deliver on her promise.

For example, in Canada, the US-based shell company US Lone Pine sued the Quebec Provincial government for $250 million for suspending shale and gas mining, largely due to an environmental study and community concerns over the mine. Essentially, the CPTPP could amount to a violation of national sovereignty, allowing major transnational corporations to write our laws.

If a company sues a government it can do so through Investor-State Dispute Settlement (ISDS), which takes place in a secret tribunal handled by three corporate lawyers who aren’t even independent. The Australian Chief Justice along with legal experts have labelled this “not a fair legal system” as these judges and lawyers can be subjected to conflicts of interest. The majority of ISDS cases have been against minimum wage laws, health and environmental laws being enacted, so hardly a progressive reform.

The Ardern government’s first budget still functions within the neoliberal framework of Roger Douglas, the controversial former Labour Finance Minister who introduced neoliberalism to New Zealand. It stresses fiscal conservatism and business-friendly policies. The Ardern government has followed the basic doctrines of neoliberalism by seeking to achieve a budget surplus of NZ$7.3 billion.

In both the lead-up to the election and the delivery of the budget, both the Labour and Green Parties promised to focus on fiscal spending and planning to set up an independent body to keep them following these rules. They promised to keep spending within 30% of GDP and government debt below 20% as well to attain a surplus in every budget. This is despite the government promising to tackle climate change, homelessness and economic inequality, policy reforms which would necessitate budget deficits. Moreover, in a survey only an estimated 6% of New Zealanders cared about excessive government spending.

Ardern’s government has largely left out the potential costs of the public sector workforces: nurses, police force and teachers with catch up pay claims. Whilst the new government has promised new entrants a year a free tertiary education, real wages for teachers have not risen. The Health and Disability sectors have only received just enough funding to merely stay functioning. Moreover, the Child Poverty Action Group estimates that the government’s family package will only help families “only marginally”.

The Labour Party has also chosen to support former Prime Minister John Keyes’s controversial ’90-day trial period’, rather than disband it altogether. This law allows for employers to dismiss employees within a 90-day period after hiring them for no valid reason.

This aim of the law was originally to boost employment and help disadvantaged job seekers, but a report released by the New Zealand Government’s Treasury Department found there has been no increase in the number of jobs being created or disadvantaged job seekers benefiting from the trial period. It’s estimated that 27% of prospective employees have been sacked by their employers within that 90-day period.

In terms of civil liberties, early signs aren’t positive as the government of New Zealand has recently passed laws to allow border officials to demand travellers to unlock their private devices for a digital search and obtain their private data. If travellers refuse, they could either face a fine of NZ $ 5,500 or face prosecution. This move has been slammed by civil rights groups, with the New Zealand Council for Civil Liberties (CCL) labelling it as “grave invasion of personal privacy”.

Furthermore, the government also passed the Intelligence and Security Act in 2017 and confirmed its membership of the Five Eyes Spy Network. According to a report published by Privacy International called The Right to Privacy in New Zealand, the law allows for the Government Communications Security Bureau (GCSB) to spy on both its citizens as well as foreigners living in the country. It labelled the spy agency as discriminatory and in violation of human rights law.

Jacinda Ardern and the New Zealand Labour Party have embraced anti-immigration rhetoric much to the dismay of their own supporters. The incoming Labour Party had promised an immigration cut and has often blamed immigration for unemployment,  overcrowding, stagnant wages and unaffordable housing.

Furthermore, Jacinda and her Labour Party are in a coalition with New Zealand First, a far-right anti-immigration party who have a long history of making racist remarks and advocates for anti-immigration policies. A recent controversy arose with the recent changes to the partnership visa policy, providing that married couples must have lived together for 5 years in order to get visas. Concerns from Indian community leaders were met with contempt and racist remarks by Shane Jones, a New Zealand First member of Cabinet. Winston Peters, the head of New Zealand First, took credit in a radio interview for hardening New Zealand’s immigration policy.

New Zealand has seen a surge in poverty with an Amnesty International Report reporting that 1 in 3 New Zealand children are living below the poverty line.

In terms of health and mental health the picture isn’t rosy either. Tthe Emergency Department is reportedly under strain and a review into New Zealand’s Mental Health Department found severe cracks in its systems, such as longer wait times and barriers to access for many New Zealanders. House prices are soaring with the average house in Auckland around $1 million; Auckland is also suffering from underfunded, deteriorating and creaking infrastructure.

Despite how much of a paradise we want New Zealand to be, the country has its fair share of problems. Unfortunately, Jacinda Ardern’s government has fallen short in addressing some serious problems.

Knowsley, A., 2014. What Is A 90 Day Trial Period And How Does It Work?. [online] Raineycollins.co.nz. Available at: <https://www.raineycollins.co.nz/your-resources/articles/what-is-a-90-day-trial-period-and-how-does-it-work> [Accessed 19 January 2020].

Share
Previous COVIDSafe App: Should You Download It?
Next How Did An Alleged Sexual Predator Get Appointed to the High Court?