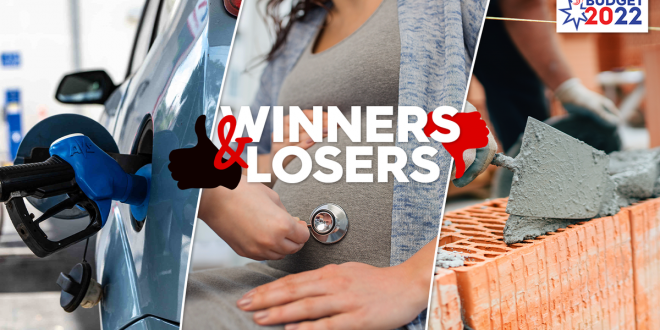 It’s time to retire the ‘winners and losers’ budget analyses

An annual tradition for every established media organisation is to publish a ‘winners and losers’ list after the Federal Budget is announced. But Guy argues there are better ways of holding the government to account.

On Tuesday evening, Federal Treasurer Josh Frydenberg delivered the 2022 budget, outlining the Government’s proposal on how to allocate expenditure for the upcoming year. As the last budget prior to the federal election, this one has particular importance. It is the Morrison governments last-minute pitch to voters before the election is formally called.

Considering the importance and complexity of the budget, journalists face a mammoth task in simplifying and conveying it to the public. One annual tradition for every established media organisation is to publish a ‘winners and losers’ list, an event participated in this year by the AFR, SMH, ABC, Australian, among other news organisations. Such a format is the political equivalent of bingo. Families can sit side-by-side on a coach, excitedly crossing off squares when a particular policy is announced. A mentally ill woman who suffers from endometriosis and commutes by car for 2 hours every day? Winner! A tax evading investor in the renewables sector? Loser! A person who benefits from regional grants but loses out from stagnant real wage growth? Inconclusive, apologies but our political analysis cannot factor in that level of nuance.

Such a format does have some advantages. It allows for eye-catching infographics. It theoretically allows for individuals to see how categories of the public they belong to might be affected. However, in practice, such coverage tends to do readers a disservice.

The most significant issue is that these articles tend to identify discrete spending changes to determine whether something won or lost, without considering the wider context of the budget. The ABC identified the Great Barrier Reef as a winner due to the government committing $1 billion dollars in various programs aimed it its conservation, including improving water quality, reef management, and research. While these are welcome changes, they do nothing to mitigate the main threat to the reef – rising ocean temperatures caused by climate change. There have been four major coral bleaching events since just 2016. Their increasing intensity and frequency presents an existential threat to one of the world’s natural wonders. A budget where the government outlined tens of millions of dollars for new fossil fuel projects, cut the funding to the Clean Energy Finance Corporation, and failed to fund new renewable projects could only be viewed as catastrophic to the future of the Great Barrier Reef. The Coalition’s current plan is putting lipstick on a Bruce.

Similarly, such an approach tends to analyse policy on short time horizons rather than the greater historical trends. News.com argued that first home buyers were a ‘winner’ due to the expansion of the Home Guarantee Scheme, which allows first-time buyers with a 5% deposit to avoid paying mortgage insurance. Even with this help, extremely high property prices in capital cities, in particular Sydney, mean that first home-ownership is only available to a select few who inherit familial wealth or are high-income earners. In large part, this is due to the policies of the Morrison government, such as cutting taxes for high-income earners and maintaining negative gearing. Any budget that does not repeal this, and make further changes, perpetuates a status quo that makes buying your first home an impossible fantasy for most people. One budget commitment does not undo a decade of policies that have deliberately placed young people under enormous financial precarity and stress.

If for nothing else, these types of articles are frustrating because they depict politics as a game. Their tone is indistinguishable from a column reviewing the weekend’s footy results and how it might affect the premiership race. If you are a young person, or on welfare, or in the arts, or care about the environment, you are not a ‘loser’. You are just living under a government that has decided it doesn’t prioritise you.

Previous Federal Budget 2022: Uni students’ mixed reaction
Next Technology not taxes: How the government is budgeting for net zero 2050