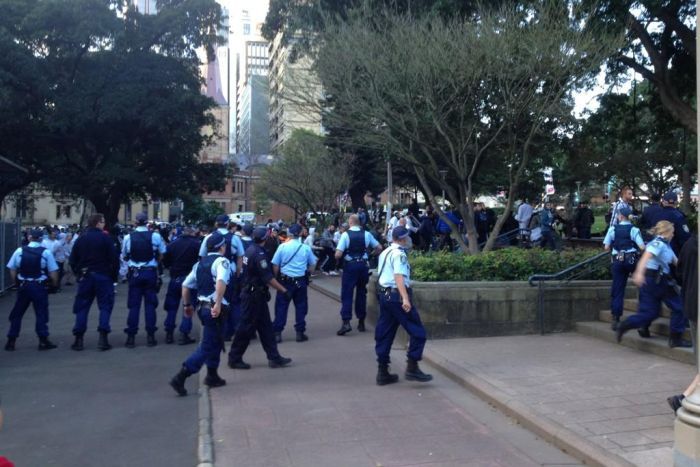 The Islamic Society on Campus (ISOC) distanced itself from violence-marred protests against an Islamophobic video earlier this week, signing a statement that was released by an umbrella body of Islamic associations in Australia in response to the protests.

A violent clash between police and Muslim protestors occurred in Sydney on the 15th of September, and a severe backlash forced Islamic groups to quell anger by condemning the actions of the protestors.

A meeting was held on Monday night, following the weekend of the activism, where a response to the protest was drawn up.

The response was made on behalf of  the Grand Mufti of Australia, the Islamic Council of NSW, a number of Mosques and a collection of other Islamic associations.

The statement outlined the intention of the Muslim community to concentrate on developing programs to help disaffected Muslim youth. It appealed to all Muslim religious leaders to focus their Friday sermons on the incident, promoting calmness.

The statement made great effort to disassociate the signatories from the incident and from any similar occurrence in the future and, having received hate-mail and threats, urged individuals not to respond. An appeal was also made to media and politicians to refrain from sensationalising the incident in order to promote tension, and it was noted that there will be meetings with the police and New South Wales Government to review the way law enforcement was applied, as well as future prevention strategies.

The document stressed that the actions were those of “a very small minority” and did not reflect the ideas of the greater Muslim community. It ended with an acknowledgement of Australia’s religious freedom.

Mahmoud Jaame, member of ISOC, said he didn’t believe that Muslim students at UNSW had experienced any negative attention from other members of the community as a result of the clash.

“Students within the University are not affected by this occurrence. Maybe outside of campus there will be tension or other problems, but not here,” he said.

“Normally students don’t experience any backlash on campus. I think this is because it’s a more mature and understanding place. It’s a smaller environment and people are used to interacting with one another. They don’t interact in a negative way.”

“I think the Australian community is very tolerant and I think people are very pleasant,” he said of members of UNSW and their approach to other cultures.

“Students are able to perform their religious duties on campus, observation of prayers and halal food and all of that. I really don’t get people reporting to me that they have experienced any tension.”

Mr Jaame was quick to disassociate the Society from the protests.

He doesn’t believe that protesting on any level was a good response.

“A better way to deal with being offended by the video would have been to inform others about the truth,” he said. “To show that we respect the Prophet and that others should do the same.”

“This goes both ways … always in the boundary of the law. [You] can’t really stop people from saying what they want to say, and if they wanted to make that movie [then] take them to court.”

The movie, Innocence of Muslims, is an extension of a larger problem involving Islamophobic attitudes in Western society, and arguably only a catalyst for the eruption of Islamic protests around the world.

Mr Jaame, however, doesn’t believe that the protests have been helpful, even in their objective to denounce the video.

“The action drew attention to the video. The internet has worse material than this stuff and people haven’t really paid attention to it,” he said.

“If they had ignored it, nobody would have seen it anyway. Perhaps a few hundred, but the video now has millions of views. Ninety nine per cent of people would have not heard about it without seeing coverage of the riots.”

“I hope people will understand and see that this is a small element of the community. Most people deal with lots of Muslims all over Australia and know that the majority are not like that,” he said.

“Our society has condemned this and openly believes that what they did was really stupid. I think people in general know there has been no ill will toward greater Australia in general.”

Mr Jaame also believes that by protesting in a disruptive way, the activists lost any case they may have actually had by getting people offside. He said it is important for people to measure their reactions and state their argument clearly, especially minorities with a possible preconceived image from others.

“I don’t think anyone will sympathise with them,” he said.

He said that in this case, people need to understand that if they believe they have the right to make statements under the justification of freedom of speech, they must also accept that those who made the video have the same defence.

“We know others have other ways of thinking but they have to know not to force one way of thinking on everyone,” he said.