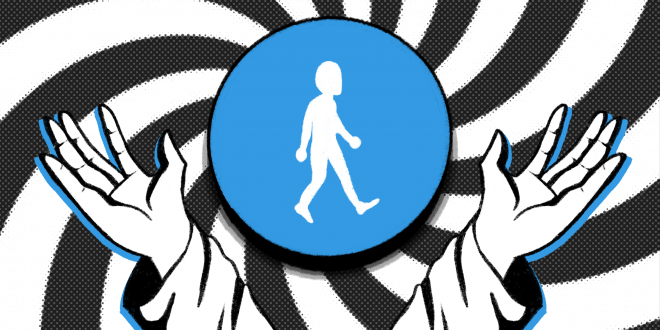 While AIESEC markets itself as an NGO that develops leadership in young people, ex-members have expressed concern that their AIESEC experience was less about leadership, and more about selling its own products.

This apparent money-focus is also a reason why some have labelled AIESEC as a ‘cult’ or ‘pyramid scheme’.

AIESEC executives explained to Tharunka that it was largely a result of “people not fully understanding how the finances work in AIESEC.”

Upon joining the organisation, subcommittee members told me that their role was essentially to sell AIESEC’s products to other students.

Jenny* told Tharunka that, in AIESEC, this experience of ’selling things’ was framed as ’self-empowerment and leadership’ to sub-com members, which she found ’really quite exploitative and manipulative.’ According to her, AIESEC executives would justify cold calling and stalling as a way to “get confidence” and learn “communication skills.”

Former members we spoke to were tasked with cold calling people during the induction process before joining the society officially.

She described it as ’similar to MLM cultures’ – “the people are all ‘self-improvement’, ‘empowering’, and ‘buy my $50 water cooler.’”

Prior to the pandemic, AIESEC primarily made its money by selling international exchange experiences for university students. Nowadays, their main product is their “Heading for the Future” program, a 2-week simulated internship. Taylor* said that “I don’t know if AIESEC truly functions to empower ‘cause there was always a lot of emphasis on getting as much sign ups (sign ups = money) as possible rather than trying to focus on those that did [sign up].”

Of his experiences selling AIESEC products, ex-member Jake* said that “As a first-year student I was like, ‘what am I doing here?’” While he did talk to a lot of new people through this experience, he described it as “you aren’t speaking to them, you are trying to sell them a product.”

“Everything was all about pushing yourself to be better.”

“I don’t think they were bad people,” Jenny believes, “I think they genuinely started to think that going up to strangers and trying to sell this $10 thing was actually empowering.”

On a given day where AIESEC would have an on-campus stall, according to Jenny, once someone put their name down on an EOI form, AIESEC would monitor which of those entries were converted into online registrations. For those who didn’t sign up, members were required to “call them and convince them to sign up”, as well as attempt to book a zoom call with them to “talk through the benefits” of the exchange. She faked all of her KPIs, falsely reporting to higher-ups that those she called simply failed to pick up.

“I wouldn’t want to be in the other person’s position.”

Members, she explained, would be guilted at on-campus stalls when they hadn’t ‘had a sign-up yet’ during the day.

Jake, who was involved during T1 2020, was tasked to do an hour of cold calls every day.

“In order to get 2-3 people interested, you had to cold call so many people.”

On cold calling, current AIESEC UNSW president Alex conceded that it’s “definitely something we used to do a lot,” but understood that it was not suited for everyone.

“When I first did it, it was probably the scariest thing I’ve ever done – now when I need to call someone I’m fine, I have more confidence and I can manage a conversation,” he told us.

However, he noted that cold calling wasn’t something AIESEC did much of anymore, as “something businesses are moving away from more broadly.”

He said that KPIs are still used currently, but stressed that these were optional and determined by members themselves. He told me that there were no set goals like “you must get 10 people”, and that hard KPIs such as those were “not how my exec team has been leading”.

When she was involved, Jenny recounts, AIESEC UNSW was “really stingy with the budget” in terms of running external events for students. She noted that, more recently, they’ve been “splurging a lot more” with more free programs and events.

Alex noted that, as with any society, the way AIESEC UNSW is run depends heavily on the current exec team. He recounted that the way AIESEC is running currently is more external-facing than it may have previously been, with a bigger focus on free events for the benefit of UNSW students.

It appears that AIESEC also accepts donations to “further [their] goals of providing leadership development experiences through students and young people”.

According to Jenny, “all of the work is done by unpaid sub-com” and that the money gets “channelled away to pay salaries of higher-ups”.

“I don’t think (AIESEC) is enriching UNSW at all”. 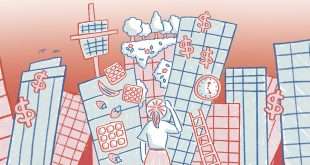 I think capitalism just started benefitting me… what now?

NOTE: An older version of this article was sent to be printed by mistake, causing …