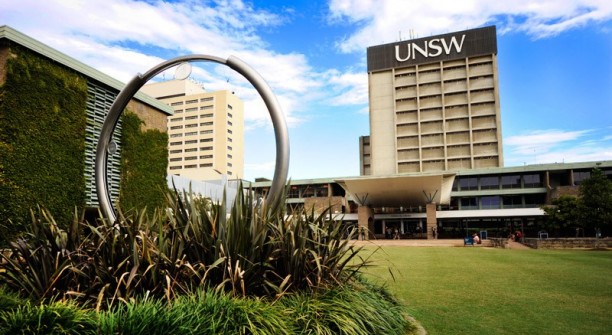 An Interview With The UNSW Times: It’s A “Wild Fkn Journey”

The UNSW Times came out of nowhere earlier this year, but it was soon all over UNSW students’ newsfeeds: its comments sections filled with tags, the number of page likes growing by the day. Currently, the page has more than 4,500 likes, with some posts (such as “Dickhead Student Wears Full Suit To Tutorial For Group Presentation”) receiving more than 1,000 reactions.

So we got in touch with the team to ask all of your burning questions. Whilst all was not revealed, we did get some insight into their process, “political correctness” and what the future holds for UNSW’s biggest satirical content creators.

Firstly, the identities of those behind The UNSW Times are a mystery. Will you reveal yourselves?

We decided to keep things anonymous in the beginning because we wanted to come out of nowhere with something that would appeal to all students, not just people who knew us. Obviously some of our friends got clued in when we sent out the first invitations to like the page. Maybe one day we will reveal ourselves.

How many of you make up the UNSW Times Team?

There’s four of us at the moment.

And how does the team work? Do you all write and edit your own work, or is there a more formal process?

There’s a lot of throwing ideas around as a group, but when it comes to the writing we usually just write articles that we come up with individually. That way we have a good variety of articles and a constant flow of ideas. Then two of us act as editors and look over every article, which helps the page have a consistent voice in a way. Sometimes an article gets worked on for a few days, other times it’ll get thrown together 15 minutes before posting – but sometimes those are the best ones.

Are you all students? What do you study?

Where did the idea for a UNSW Satire page come from?

It started all the back in July 2016 when one of us was actually applying to be a movie reviewer for Blitz. One of their application questions was “List 3 potential article ideas” so he brainstormed for a while and came up with a couple which eventually became the inspiration for “The UNSW Times”. After not getting an e-mail back from Blitz, he forgot about the whole thing until one day in November he was bored at work and suddenly remembered the idea for a satirical page for UNSW. He messaged the rest of us over the holidays, and it turned out a couple of us were big followers of sites like Betoota and The Onion and were keen on doing something like that, so we came together in January this year and dropped our first article in February.

I’ve always been a fan of different kinds of comedy and creating my own (I used to run a meme page before this). Satire seemed like a fun project to work on and with the rise of sites like The Betoota Advocate and the dominance of The Onion, the future in satire was bright. In particular, satire is a unique form of comedy as it allows people to reflect and see the world differently by holding a mirror up to our day-to-day experience. It allows for change, commentary and criticism while offering up humour as well.

How much work is involved in churning out multiple articles a week? And how do you find time for it?

Honestly the amount of work depends on the amount of time we have for it. It’s our first semester doing this, and earlier on we didn’t have many assessments so we could all get a couple of articles done a week each. But then mid-sem came and things got tougher, so there were a lot more last minute articles being thrown together. Often those ones worked out really well though – you really capture the emotions involved with the bus line crisis when you pump out an article on the bus after waiting in line for an hour when you have to get home and study.

Do you think an alleged culture of “political correctness” can inhibit the success and effectiveness of satire?

Not necessarily – I think in many ways satire might even strengthen the ability of people to digest potentially sensitive ideas. For example, Sacha Baron Cohen’s movies Borat and Bruno both are not politically correct yet they still masterfully deliver their satirical messages on multiple levels. Racists and homophobes can enjoy the movies’ crude portrayal of racism and homosexuality while more intelligent audience members can enjoy these movies for their exaggerated portrayal of racists and homophobes.That being said, [after] our “yellow fever” article, there were a few comments and e-mails of students being offended. The article still received 500+ likes but it just goes to show how you can’t please everyone and you can’t control how anyone reacts. I think the important thing to remember is that every one of the articles we write is based on things we experience in our university lives, and the intention is to connect with others who may have shared these experiences.

Although sometimes seeing these experiences written down in front of us may be confronting, the purpose of satire is to make them more digestible and allow us to comprehend them, and if we have an issue with them, take issue with the experience in the real world and not the article drawing attention to it.Sometimes we get readers who feel that our content trivialises social issues, but I think that by writing the occasional “offensive” piece, it creates an opening for dialogue to take place. Because some of the characters we tap into are very much emblematic of real people and problems we know, it’s a chance to not only critique these issues, but also to play around and jab at the needless complexity and sometimes absurdity of an overly politicised response or backlash. So to me, personally, it’s very effective because not only does it [lighten] loaded questions and heavy handed problems, it also allows for us to just laugh at one another and ourselves.

Where do you get your content from, and how do you figure out what uni students find funniest?

Most of our content is just things we see at uni that seem to be a common source of hate or struggle or irritation. There needs to be an element of relatability to make something funny – even the most conceptually wild and ridiculously overblown articles eventually come back to a common struggle that we experience during our time at uni.

The key is finding a character or experience that plays on an irrational response we’ve experienced that will make the audience go: “That’s genius, I’ve either been that person or I know that person.”A lot of the time if we don’t have any article ideas, we just think back over our day and more often than not there is something that we can caricature and write about. Strangely, some of the articles that I thought would blow up end up doing just okay and some articles I hesitate to publish receive the most love, so in the end you really can’t control how the audience reacts.

What’s the future of The UNSW Times? Will students be able to contribute at some point?

We’re all in fourth year, so we will probably have to inject some fresh blood at some point in the near future. But for the moment we’re just living day to day, ignoring the fact that there’s probably only a finite number of relatable student experiences out there. But who knows – maybe one day we’ll step outside UNSW. The Chaser did start as an internal USyd paper…

Finish this sentence. UNSW is…

What’s the worst thing about UNSW?