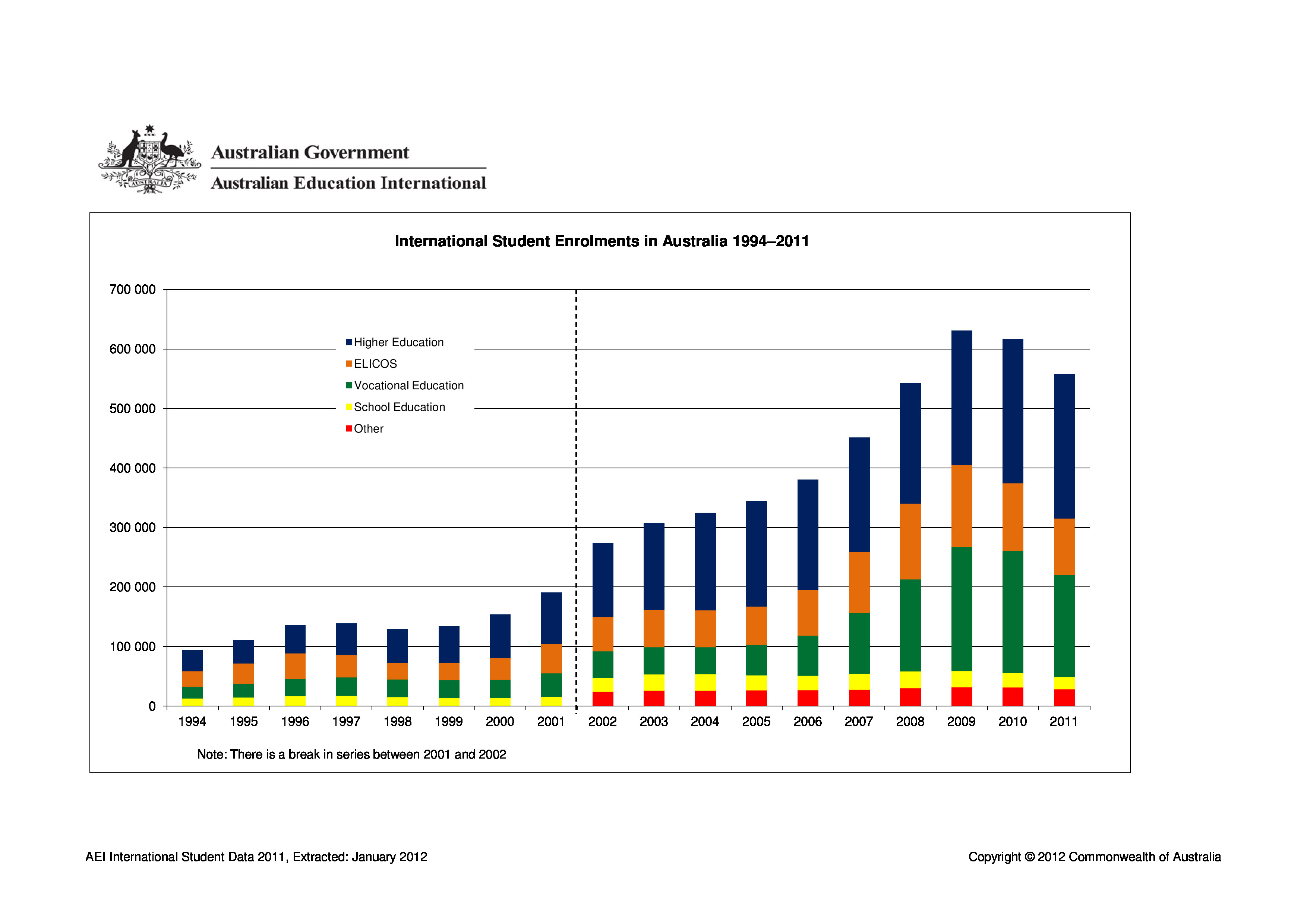 CISA was established in 2010 to give a unified voice to the undergraduate international student caucus. It now serves as a platform to lobby individual universities, as well state and federal governments, to increase benefits and protections.

The explosive growth the education industry has seen government become much more attendant to the views and interests of its international residents, but the mechanics of dealing with government requires that every policy shift must be backed up by hard evidence that it will increase enrolment. The education industry brought in $17.2 billion in 2008–09, making it Australia’s fourth largest export industry. “When you’re trying to convince a university or a government to spend money you can’t appeal to their humanity, unfortunately you have to couch it in economic rationalist terms”, says Osman Faruqi, former SRC President and CISA UNSW delegate Osman Faruqi spoke to Tharunka about the nature of CISA’s engagement with university and government agencies. Reluctant to refer to education as an export product, Faruqi prefers to view it primarily as a public good, though duly acknowledging the commercialised nature of the industry in Australia today.

In official terms, ensuring the safety, security and bodily integrity of international students is CISA’s first priority. In reality, however, safety and security as an objective is not easily separated from more systemic obstacles.

Alfian uses the seemingly innocuous example of allowing transport concessions to extend to international students, which CISA proposed at the July conference to the chagrin of fiscal conservatives.

“Someone might look at transport concessions and not realise it’s a safety issue as much as a money issue. Most of the violence happens to students that study late and live further away, and if these students don’t have travel concessions they’re more likely to choose to walk home.”

For all of his concern about student security, Alfian concedes that UNSW and the surrounding Kingsford-Kensington area are by no means danger zones through which to pass late at night. Campuses outside the ranks of the Group of Eight, however, have had problems with assault and robbery on university campuses. In the weeks leading up to the conference, a series of attacks on Newcastle University international students prompted calls for increased social and situational crime prevention, including CCTV cameras, floodlights and universal transport concessions.

These attacks come at a time when global attitudes towards Australian education institutions are at records lows, with a recent Australia Education International report recording a twenty-five per cent decline in international enrolment from India alone between March 2011 and 2012. Furthermore, Alfian says that this negative publicity will have a similar effect on Chinese and Malaysian students.

In addition to the sensationalised attacks adverted to by the news media, there are considerably more cases of tenancy and employment scams to guard against. International students are targeted for their naiveté, routinely convinced that claustrophobic living conditions and below-award rates are part and parcel of student life in Australia. Alfian argues that these risks place an onus on the institution to ensure their students have access to free legal advice.

“The main thing for which campuses should be responsible is letting their international students know where to go for legal services.”

Granted, the Global Financial Crisis and a high Australian dollar are undoubtedly contributing factors to these trends. Still, CISA and the Australian government are acutely concerned about the consequences of failing to act to address these concerns.

“A strong message needs to be sent out that racially motivated crimes will not be tolerated and that government and the education sector take safety of students very seriously”, said CISA President Arfa Noor in an official statement acknowledging the April attack on two Chinese students in April of this year. In a 2009 Lowy Institute report, Michael Wesley echoed this sentiment, cautioning against ‘poisoning the alumni’.

It is clear that, given the choice between ‘spinning’ Australia through marketing campaigns and promotions to encourage tuition on the one hand, and reforming domestic student culture so as to make it more accommodating for international students on the other, CISA has pursued for the latter course. Faruqi makes it clear that “CISA tells government that it wants people to come once government fixes all these problems”.

Indeed, while international student bodies remain dedicated to improving the image of Australia, some concede that the negative wrap given Australian’s is not wholly unfounded. For example, NLC leader Eric Pang, CISA’s forerunner, said many international studies are of the opinion that “there’s not much international students can learn from Australia in terms of culture, or in terms of English.” With part of the impetus for international study coming from the desire to be immersed in Western culture and the English language, such perceptions as these if valid could be catastrophic.

It is understood that in order to reverse Australia’s ‘dumb, drunk and racist’ reputation, there must be a shift in the student culture to accommodate international students. Faruqi asserts that that reform must occur on campus level, but with Alfian has been instrumental in packaging a model of cross-cultural dialogue — the annual UNSW Night Markets, the centrepiece of International Student Week.

The markets have attracted approximately eighteen thousand participants over the last two years, encouraging all forty cultural clubs and associations to showcase their diversity. Since UNSW started running the market, the model has been exported to Melbourne and La Trobe University, boasting positive results, although UNSW stands alone in running workshops on tenancy rights and legal issues.

With education becoming increasingly crucial for the continued profitability of state institutions, CISA will likely continue to grow, expanding its scope to address more foundational issues.