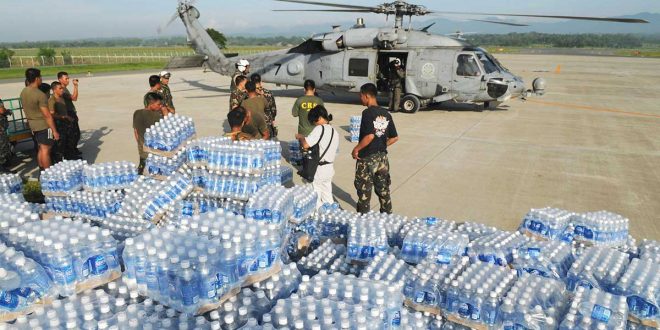 In Order to Help ‘Third-World Countries’, We Need to Stop Helping

Sexual misconduct, corruption, and exploitation are words not commonly associated with international development aid. Yet in recent years, a lot has been revealed about the ‘dark side of development’.

Providing aid and assistance, in whatever form, to least developed countries (LDCs) has been on the global agenda for decades. From early colonialism to current-day development, ‘first-world’ countries have taken it upon themselves to relieve the hardships and adversities faced by ‘third-world’ countries – and I use those terms very loosely. We’ve seen it in the way the Global North responds to international crises and also, in the billions of dollars that are spent on developing countries every year.

Organisations like Oxfam, Amnesty International, and the United Nations Development Program, just to name a few, contribute greatly to help LDCs grow and develop. They provide not only financial assistance, but also necessities including food, water, shelter, and sanitation.

Now, there is no doubt that the efforts of these organisations have benefitted those in developing nations – we’re constantly bombarded with news of development programs helping those in Somalia, Ethiopia, Myanmar, Haiti – the list goes on.

But what about when this ‘help’ does more harm than good? What about foreign aid, which more often than not, funds corruption? What about the local communities who actually suffer from international development assistance?

Foreign aid and international assistance to LDCs provide locals with education, health, and other basic necessities – I’m not arguing with that. However, what often goes unnoticed is that the billions of dollars that are spent on LDCs each year tend to facilitate and enable corruption, rather than help those who actually need it.

Foreign aid usually reaches governments before it reaches the people – unfortunately, some LDCs are hotspots for corrupt governments. Africa, for example, is one of the largest recipients of international aid. However, it is the world’s lowest ranked in terms of governance[1].

According to the World Bank, countries with low governance tend to possess six key characteristics: “arbitrary policy making, unaccountable bureaucracies, unjust legal systems, abuse of power, unengaged civil society, and widespread corruption”.[2] This means that in countries with low levels of governance, like some in Africa, international developmental aid programs aren’t able to be implemented to their fullest effect.

In fact, according to the UN, $3.6 trillion are lost to corruption each year[3]. This means that aid is helping to fund governments who value power and money, over the lives of their people. Instead of schools and hospitals – it helps to pay for weapons, and fund militias.

In order to actually help those who need it, we need to stop helping. We need to rethink our approach and stop helping corrupted governments grow stronger. We need to correspond with the victims – not their perpetrators.

Contrary to popular belief, while development programs do increase local access to necessities (i.e. food, water, sanitation etc.), they can also be disadvantageous. Helping local communities, from an international perspective, has often meant changing the ways which they function. For example, the implementation of neoliberalism ends up increasing competition with foreign markets and leading to inflation.

Moreover, aid to local communities in LDCs comes with international aid workers, who live amongst the locals and are there for immediate assistance. However beneficial this may be, it also creates significant power imbalances, which tend to be destructive, rather than constructive.

To put this into perspective, look at the Oxfam sexual misconduct scandal. Earlier this year, it was revealed that Oxfam covered up incidents of sexual abuse by staff members. These incidents involved aid workers allegedly paying for sex (with girls as young as 14) while they were in Haiti during the 2010 earthquake.

“There were rumours on the ground about management and leaders exploiting the locals, sexually and in other ways”, according to Widza Bryant, former Oxfam project worker in Haiti.

Sadly, Oxfam’s actions in Haiti are not uncommon.

Although not always recognised, these issues relating to power are significant when it comes to helping LDCs. International aid workers may have good intentions. However, it can be daunting for locals, to have white men tell them how they should be living – and taking advantage of them, as the Oxfam scandal has revealed.

Unfortunately, these issues around sexual misconduct and exploitation in international development have only become worse, especially as the world grapples with a pandemic that has not only taken lives but placed pressure on already ailing institutions.

According to Alina Potts, researcher at the Global Women’s Institute, the COVID-19 pandemic is “exacerbating existing power imbalances” and making efforts to deal with international aid malpractice more challenging.[4]

“We can see a real vacuum where many humanitarian staff no longer go into communities. People can then exploit that vacuum and say, ‘I can get you access, I can get you assistance, if you have a relationship with me,” said Potts.

The issues that are associated with international aid have certainly been made worse by the pandemic. However, it is important to acknowledge that these issues have been deeply rooted in the foundations of the international aid sector for years.

Although there have been efforts made to rectify these pitfalls, the decision-making often lies in the hands of organisations and donors, instead of the recipients. For example, in 2019, the Development Assistance Committee, made up of the EU and 29 other donor countries, vowed to put an end to sexual misconduct and abuse in the delivery of international aid.[5]

From the outset, this initiative seems like a noble cause. However, it is worthwhile to question whether it is complicating an already intricate and complex system. Additional regulations and more stringent monitoring of aid programs translates to higher administrative loads and the likelihood of aid funding being redirected back to offices, instead of the front lines.

Ironically, this seems to create a double-edged sword. On one hand, the international aid community has serious issues with exploitation that need to be dealt with. On the other, the responses that are supposed to address them, may complicate the issue even further.

It might be more useful to go back to the drawing board and revisit our understanding of what it means to deliver international aid and assistance. There needs to be a shift in focus from how much aid is given, to how aid is given.

More often than not, foreign aid and assistance are looked at from a top-down approach, where internationally formulated plans are implemented into local contexts. But we need to change that. Development should adopt a grassroots approach, where locals are provided with materials and resources, but also equipped with the ability to help themselves.

Local communities would know better than anyone how they should function. Shouldn’t we let them decide how they need to be helped? After all, teach a man to fish, right?