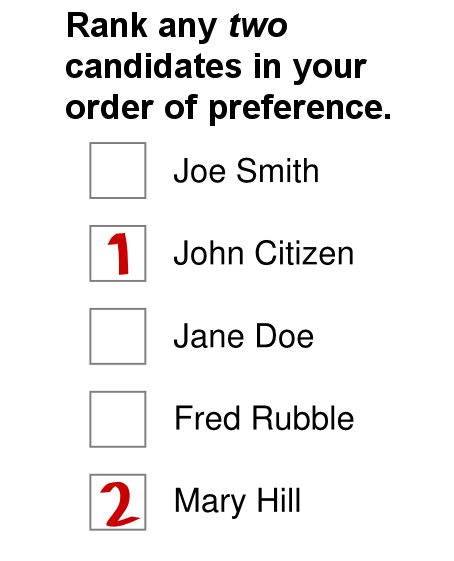 The Importance of Politics

Sam Moran reflects on why you should care about politics.

I recently had a discussion with a friend who told me that he was sick of all of this talk about politics. He did not care and it had no impact on his life. I was shocked. It still bothers me to think that someone in Australia who is well educated could ever presume that politics is a distant part of our life. But I increasingly realise that this is a very common perspective.

In the most recent federal election the estimated enrolment participation between eligible Australian voters aged 18-24 was 76.3 per cent. This number is primarily indicative of the engagement between Australian university students and the government falling shamefully short of what we should expect. This is problematic for two reasons.

Firstly, it falls well below the Australian Electoral Council’s (AEC) target of 80 per cent which alone is concerning given the nature of compulsory voting in Australia suggests that target should be much closer to 100 per cent.

Secondly, it demonstrates an overwhelming trend of disinterest amongst young Australians with the political system. This is exhibited in an active dislike of student-politics, which is often alienating, confrontational and largely ineffective. However, the divisive frustration of student politics is not the problem, the issue is disingenuous political debate at all levels of government. As I foreshadowed earlier, we are seeing a growing perspective amongst young people that politics holds no value for them and are unimportant. Such a perspective is wrong, but stems from societal frustration with the inability of the politician to answer a straightforward question, to make the general public feel included and to explain why policies matter. This is important for politicians since voting is compulsory, but also for the public because voting is the primary means by which we exert control over our own governance.

For example, a large proportion of UNSW students understandably feel little connection to the implications of electoral shifts in Queensland recently. However, people in this position demonstrate the problem currently facing Australian politics, the failure to articulate why these events have tangible impacts.

The Queensland Liberal National Party (LNP) suffered a major defeat in what was presumed to be a relatively safe election. The Labor Party has formed government, which is a staggering shift given Newspoll predicted at best – a swing of 11 per cent towards Labor, whereas Labor required a shift of over 12 per cent to attain government. The ramifications of such an unpredicted change, almost 14%, are significant and should be heeded nationally.

The first implication is that Queensland now has a Labor minority government. This means a dramatic shift in policy. In the context of the Queensland’s $80 billion debt the difference is; Campbell Newman’s government promised to sell of state assets or to lease them out in long term agreements and pay off as much as $37 billion of debt. In contrast, Labor’s Shadow treasurer proposed to grow the economy and produce 32,000 jobs by spending a further $1.7 billion. This is an example of the tangible impact of politics upon peoples’ lives.

But this still does not answer the question of why people in NSW should care. There are two strong implications of Campbell Newman’s crushing defeat; the first is for the NSW government and the second, is for the federal Abbott government.

The impact upon the NSW state government, currently a firmly entrenched LNP that is expected to maintain office in the looming elections, is significant. Baird’s government has similarities to Newman’s that make the lessons learnt in Queensland essential; namely a desire to raise capital by selling or leasing state-owned enterprises. In particular, recent claims are that Baird’s government has been attempting to artificially prevent a drop in electricity prices to ensure the maximum value in each asset before sale. This policy is very similar to that proposed by the Newman government and, regardless of whether sale of state industries is a good policy, the failure of Queensland’s LNP is an ominous signal to the Baird government.

While distrust of leadership causes people to scrutinise more closely, it also means there is both a disinclination to allow governments to pass difficult legislation and simultaneously, a perverse inventive for politicians to pander to the masses by making short-term policies, avoiding difficult decisions on behalf of the majority. Of course a large proportion of policies should reflect the majority’s interests, but there should not be greater reasons for governments to avoid making tough decisions where necessary.

Newman’s loss has wider implications for Tony Abbott and the embattled LNP party. Tony Abbott will further struggle with the rippling implications of the demise of the LNP in Queensland. Putting aside that it is yet another state unlikely to now be amenable to the ideological agenda of the federal government, making cooperation between states and federal government more challenging. But the similarities between the Federal and Queensland LNP governments are striking and therefore the results faced by Newman’s government are particularly concerning for Abbott’s coalition.

Waleed Aly, writing for the Age on Friday 6 February, argued that the two governments were extremely similar in that they were both characterised by budgets with a “penchant for austerity politics”. As such, the Federal LNP should take a close look at the troubling similarities, and more concerningly the similar responses by the public to policies of Medicare co-payments, deregulation of university education, and austerity measures in the budget.

But why do we care about any of this?

Many students cannot be bothered with the infighting that occurs in politics, the generic responses or political spin in every politician’s answer to straightforward questions. However, scrutiny is important. Governments, like the Abbott government, are elected on undeveloped platforms and then attempt to reveal dramatic and unpopular policies which have implications for everyone.

If the Medicare co-payment had been allowed, university students everywhere would have been required to pay $7 a visit to the doctor. While that is not an obscene amount, the very frugal lifestyle of university students mandates that this be a strong disincentive from seeking early, preventative medical help.

All governments have good and bad policies; all politicians have particular ideological agendas. The only way to ensure that the best government is actually elected and then truly acts in the interests of the electorate is to be critical and engaged. We as university students, as a well-informed, educated body must be more interested, we must force politicians to direct policies at us and just as much demand that they explain why these policies aren’t just good for ‘single-mothers’ or ‘pensioners’, but also for university students, ‘people from disadvantaged backgrounds’ and any other group to whom we might choose to associate.

At the end of the day, democracy is about people power. But the people only have power as long as they fight to keep it. We must remain vigilant and aware of why these events matter, and why politics is important.