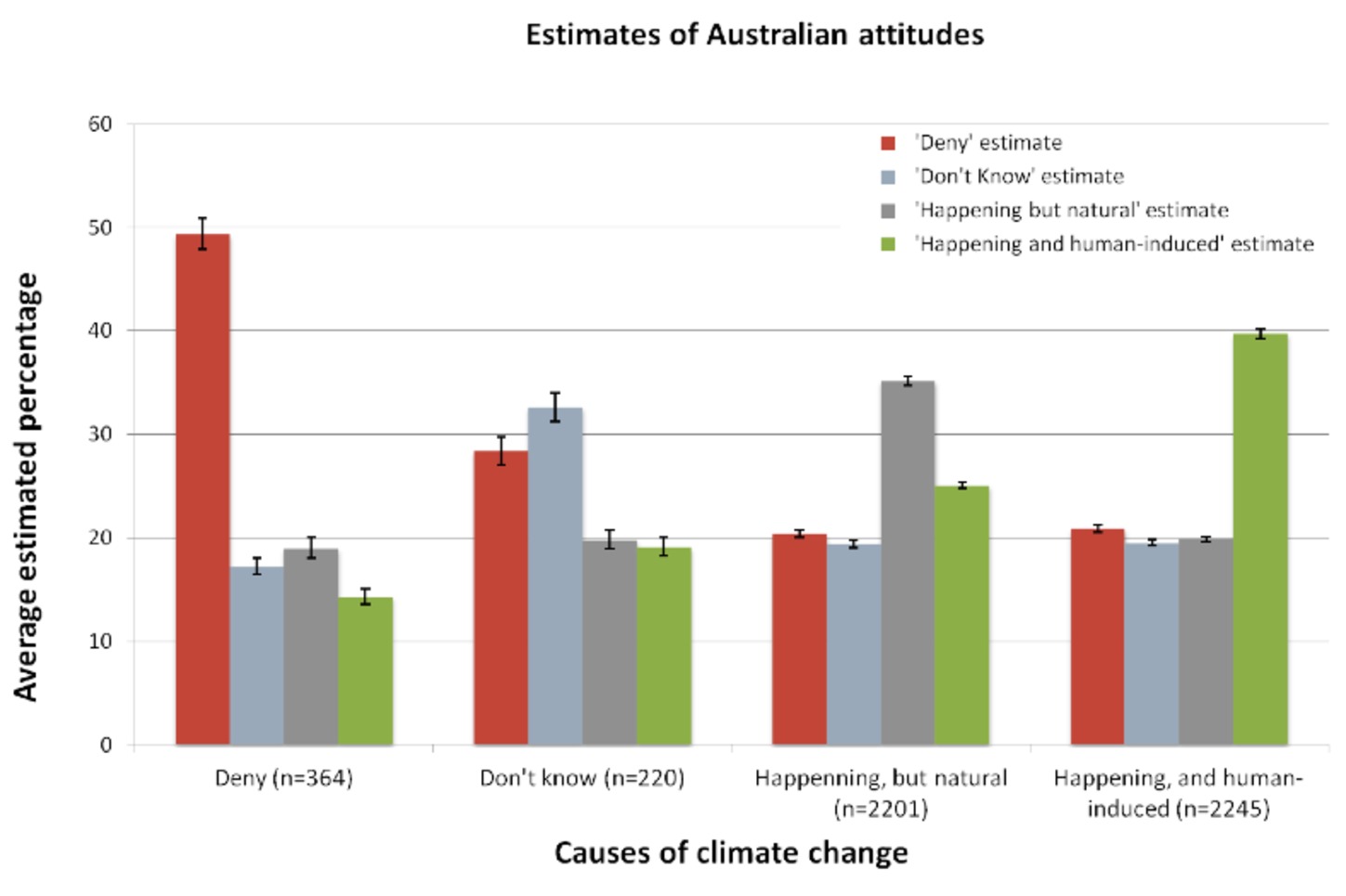 One of the most intriguing things about the current state of politics, both in Australia and worldwide, is the reconfiguring of people’s policy priorities from, say, five years ago.

In Australia, as around the world, the last decade was dominated by debates over what leading policymakers have called a “diabolical policy problem” and “the most significant crisis humanity has ever faced” – climate change.

Of course the campaign to put climate change on the international agenda started decades before it was taken seriously by politicians and bureaucrats.

The issue first broke into the mainstream in the late 1980’s when the United Nations established the Intergovernmental Panel on Climate Change (IPCC). The main purpose of the IPCC was to give scientists the resources to advise governments on how to approach this environmental problem.

Former US Vice-President Al Gore’s film An Inconvenient Truth is often credited for helping to raise awareness of climate change and ensuring it became a regular topic in mainstream political discussions.

Alongside these more “top down” approaches to raising awareness of climate change, an arguably more powerful force was in play. Over the past thirty years tens of millions of people right around the world have been involved in campaigns to pressure governments and businesses to acknowledge the threat of climate change and take steps to ensure we prevent as much of it as possible.

These people forced the issue of climate change and environmental sustainability onto the agenda by holding mass rallies, directly petitioning their elected representatives, forming new political parties, writing articles and even things as simple as talking to their friends and neighbours one on one.

These actions, combined with the efforts of high profile campaigners like Al Gore, ensured that for a small time climate change was the number one political issue being debated around the world.

From about 2005 onwards, there was significant growth of the climate movement in Australia. Government’s at all levels responded by creating Departments of Climate Change, adapting school curriculum to incorporate climate science and developing policies to help combat carbon pollution.

But something happened. In the last few years there’s been a drop off in the amount climate campaigning across the world. There are no more mass rallies, no more marches and the pressure on politicians to act on climate change has dissipated. The international alliance of big environmental non-governmental organisations like Greenpeace, Friends of the Earth and the World Wildlife Fund has essentially dissolved. This is despite quite alarming environmental signs that climate change is occurring right now.

What might appear to be an obvious contradiction to this description is the recently implemented carbon pricing scheme in Australia. In order to secure support for a Labor government in a hung parliament, Prime Minister Julia Gillard signed a deal with The Greens, guaranteeing the implementation of some kind of carbon pricing mechanism.

What both parties decided on was a market based scheme which puts a price per tonne on carbon pollution and uses market forces to drive the shift towards renewable energy. This was supposed to be supplemented by the government directly intervening to shut down some of Australia’s most polluting power stations and a mechanism to ensure that the price per tonne of carbon would never drop below a certain price, so the system could not be gamed, as has been the case in other carbon markets around the world. Both these supplementary measures have recently been dropped.

I don’t think the carbon price has been the main factor in the dissipation of the climate movement, but I think it has played a role for a couple of reasons.

Firstly, even though it won’t actually do anywhere near enough to ensure coal fired power stations which produce 50% of our carbon emissions are phased out and replaced by renewable energy, a lot of people think that the battle is won and the game is over.

The government’s messaging has re-emphasised this, and you would be easily confused into thinking that this scheme, which will actually not see emissions in Australia reduce by that much, has “fixed” climate change.

The second factor relating to the carbon price is that despite much criticism of its flaws, and the flaws of an approach that outsources environmental, social and economic policy to the whims of the market more generally, there hasn’t been a coherent alternative put forward by environment groups.

So regular people who are concerned about climate change are caught between supporting a scheme they don’t really understand but are told will fix things, and opposing what looks like a good first step in the hope that some undefined policy fix will appear out of nowhere and somehow politicians will develop the political will to implement it.

There is, of course, an overriding factor in this whole debate. The economy. The single biggest difference between the political context now and five years ago is the state of the global economy. Recessions and rising unemployment in the developed and developing worlds means that politicians no longer have time to dwell on the “luxury” of climate change.

The efforts and energies of activists have more recently been channelled into campaigns on economic inequality, like the Occupy Movement. Despite attempts to link economic injustice with environmental damage, the economic narrative is pushing the environmental one further out of the frame.

However while we debate the incredibly important questions of wealth distribution and inequality, the climate marches on.

Droughts and other extreme weather events are becoming more severe. The challenge for environmentalists and social justice activists alike is to remind politicians and the public that economic and environmental issues are not disconnected from each other, and a broad narrative that explains how to achieve equality and justice in both realms is needed to ensure we can stop climate change before it’s too late.

Previous Something Happened: If You Don’t Know About Him, You Should
Next “It is Difficult:” Public Art and Private Minds