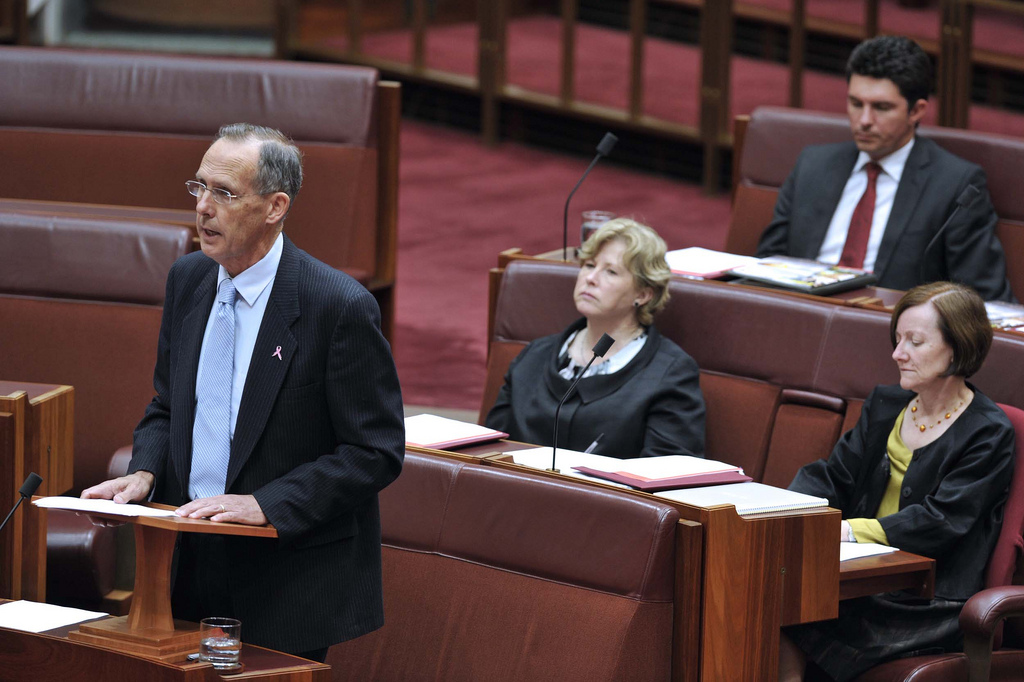 I hate playing catch up with the mainstream media but sometimes you read so much rubbish there’s nothing left to do other than put your rants onto a piece of paper and distribute thousands of copies amongst the students of UNSW.

Earlier this month Bob Brown, the long-term (and only) federal leader of the Australian Greens announced his resignation from the leadership and from the Senate, handing the reigns to his deputy, Christine Milne.

Pretty much all political watchers were caught off guard by the surprise announcement and quickly went to work, collectively producing thousands of words of “analysis” on what impact Brown’s resignation would have on his party and on Australian politics more broadly. The better half of these journalistic scribblings (actually calling it a half is being generous, let’s say the better 10%) focused on Brown’s past, his role in building The Greens into a third force of Australian politics and talked about what kind of leader Milne would be, based on her experiences leading The Greens in Tasmania and as a Senator in Canberra. The rest of it was inane and boring comparisons of The Greens to the Australian Democrats, opining that without Brown The Greens were going to struggle to pick up votes, suggestions that the “hard left” takeover of the party was about to begin and ludicrous comparisons between The Greens and the North Korean regime.

The ABC’s Annabel Crabb accused The Greens internal machinations in replacing their leader as having a “whiff of Pyongyang” – purely for the fact that Greens politicians don’t gossip and leak internal information to journalists. This attitude is reflective of much of the Canberra political media and shows how little they understand the internal workings of political parties and how desperate they are for juicy goss.

The Australian (famous for editorialising that The Greens should “be destroyed”) went off the deep-end, accusing Christine Milne (a former school teacher and environmental activist) and NSW Senator Lee Rhiannon (a UNSW trained botanist) of being “hard-line communists”, while at the same time suggesting that Rhiannon and South Australian Senator Sarah Hanson-Young were part of a “social activist” plot to undermine Milne’s leadership. I think many a breakfast coffee was spat out over this Saturday’s reading of The Weekend Australia.

The comparisons between The Greens and the Democrats, and the The Greens’ inevitable decline without their popular leader, are incredibly tired because they bear no relationship to fact. The Greens have already surpassed the Democrats electoral success by having 9 Senators, a federal lower house MP and helping to form minority government in a number of states and federally.

This oft-quoted analysis also neglects to point out that the Democrats actually increased their vote after the resignation of their enigmatic founder, Don Chipp.

There’s a lot more that could be said about the future of Australia’s third party, and much of it will be in the pages of our highly regarded newspapers over the coming days and weeks. Unfortunately, as shown, most of it will be at best wrong and at worst a bizarre comparison to North Korean communism.