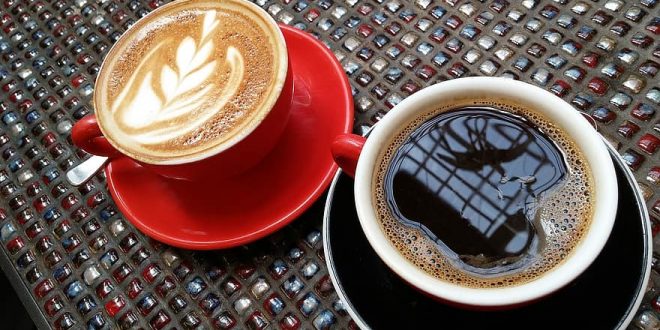 Something I brushed off at the time as naivety is now deeply troubling.

From the outset, I want to be clear that this piece will not go into any details whatsoever besides certain aspects of our conversations. No names, places, times, or anything personal. Sorry.

In terms of dates, it was pretty average. Not horrible but not sparks flying either. My date was happy to be there, as far as I could tell, and so was I – I was the one who asked, after all. It was just after the COVID restrictions were eased for cafés and restaurants and an opportune time to hang out with someone who I thought was a smart and interesting person.

As you do during these types of rendezvous, we talked. Life, family, friends, surviving lockdown, media, politics. I can’t remember how exactly race science came up, but it most definitely did.

If you are unaware of what race science is – it’s a theory that certain races are genetically of greater intelligence than others. It’s not racist, apparently, because white people are only number three on the list. Ashkenazi Jews are top, followed by those of Asian descent.

It’s complete bunk. For one, race is arbitrary. Why are all Asian people considered the same, given that Jewish people FROM EUROPE are considered separate to Christians from Europe?

Secondly, the proponents of race science are just making it up as they go along to add a scientific veneer to a completely irrational belief. Up until the 1960s, eugenicists considered Asians and Jews to be some of the least intelligent people on Earth. What happened? The DNA of these people didn’t change but the results dramatically did? Maybe, just maybe, there’s more to a person than their genes?

Most fundamentally, race science is based on IQ. It’s a flawed measurement. IQ doesn’t measure intelligence, just an aspect of it, and it is laced with cultural bias – even if its designers claim otherwise.

It’s the equivalent of measuring fitness by doing a 100m race. Yes, that is AN aspect of fitness, but it is not fitness in its entirety.

Instant red flag, right? Well it should have been but for whatever reason (I am sure you’ve got jokes as to why) it wasn’t. Divorced of current context, it seemed like a problematic viewpoint but possibly one from ignorance, or just being led down a rabbit hole by the YouTube algorithm.

To me, before these comments, my date was the furthest I thought someone could be from a racist. I am a POC for one. This person was vocal about how refugees are treated in our country. New information, plus the comments from the time, remind me of Go Set a Watchman – the sequel to Harper Lee’s novel To Kill a Mockingbird.

If you haven’t read the book, it turns out that Atticus Finch was a deeply racist individual who thought black people should be cared for like one would a pet. Not as equals, but still entitled to a life free from suffering. This is what I believe my date understands of race. It’s not acceptable.

Fetishising POC is racism, too. It’s othering. It makes someone feel less than worthy, as if the lovable quality of that person is only their ability to deliver you physical satisfaction. They’re a sex doll, not a partner. When you are a POC, and you’ve learnt you went out with someone who may feel that way about POC in general, it makes you question your self-worth. Is my skin tone the only reason this person agreed, not my humour, my personality, me?

I grappled with writing this but ultimately decided it was best to. If you truly believe in free speech and debate in ‘the marketplace of ideas’, you should be able to defend them. You do have the right to your views. You have a right to respect as a human being. But you do not have the right for your views to be respected or to go unchallenged.

Share
Previous Green Thoughts #3: Politics and Coal Dust: Why There Hasn’t Been Action On Climate Change
Next What You Need to Know About the New Faculty of Arts, Architecture and Design