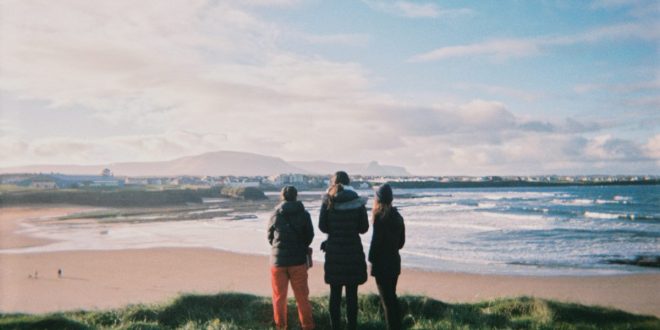 I Thought the World Was Big: Musings from an Australian in Europe

Growing up in Australia, I thought the world was big.

Road trips from Canberra to Sydney lasted forever. Even a ninety-minute flight to the Gold Coast was momentous and exciting.

And then, aged nine, I went to America. Surely planes can’t stay up this long? It felt like the pilot was mocking us. America can’t be that far away. Right?

For twelve more years, I remained in awe of how big the world was. And then I received a letter; I had been accepted to study a semester abroad in Ireland. Three flights (and many time zones) later, I had arrived in Dublin.

Chatting to the Irish girls in my new soccer team, I was stunned by their concepts of time, space and international travel. These girls regularly flew to London for the weekend and talked about Paris like it was a neighbouring town and not three countries away. I was awe-struck. Even now, fourteen months and nineteen countries later, I don’t think the thrill of international travel will ever wear off.

Within international travel there are different levels of ease and speed. I mean, airports will always have a stuffy air of self importance about them, filled with hundreds of rules that you would never dream of breaking. Arrive four hours before your flight. No liquids over 100ml. No attitude towards the security staff. Don’t take more than 120 seconds removing and collecting your belongings at the security terminal. Even if it’s a forty-five minute flight from Dublin to London, these rules never go away.

It’s not until you catch an international bus or train, that you realise how close together the world really is. None of the same uptight airport rules apply. Sprint across the highways of Prague and arrive at the bus station three minutes before your bus to Munich? Come on aboard. Get to the Vienna train station in the nick of time and grab a train to Switzerland? No one will check your passport, or sometimes even your tickets. They really don’t care that much.

Growing up knowing the serious strictness of the Australian Border Security, inter-Europe travel is laughable. Customs? Half of the airports don’t even have those. And the ones that do will probably just take your word for it.

In Summer 2019, I travelled for two months with my whole life in a backpack. In those days, I could trace my cross-country route on a map. I knew every city and country and border of almost every major destination in Europe. Crossing from country to country was a simple matter of a FlixBus ticket, booked through Google Maps.

Now I’m back home in Sydney, a minimum fifteen hour flight from the fun and frivolity of cross-country European travel. Recently, I found my finger hovering dangerously close to the “Book Flights” button. Tempted by the promise of a second solo adventure, I was put off by the exorbitant cost and time required to fly back to Europe. When I was bussing across Europe, the world felt small. But all the way back in Sydney, the world, again, feels very big indeed.