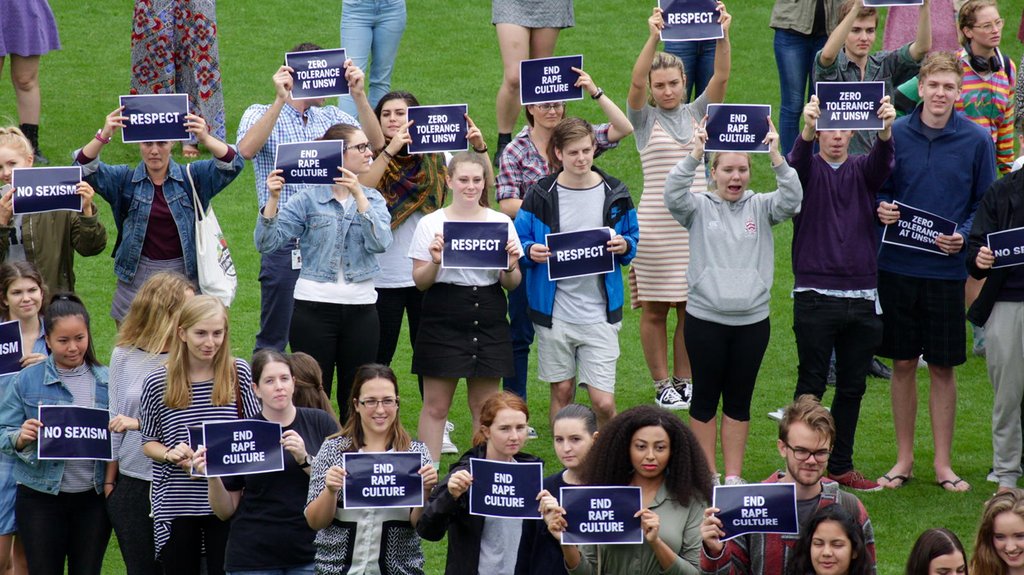 This week, UNSW played proud host to the launch of the national student survey on sexual assault and sexual harassment—the first of its kind in Australia.

Professor Ian Jacobs opened the launch, citing that 3 in 4 university students report being sexually harassed and 27% of students report being sexually assaulted during the course of their study. While these statistics are alarming, he stressed that the numbers do little to explain why these incidents are occurring, and how universities can take steps to prevent them.

“Sexual harassment and sexual assault is an issue that effects women, men and members of the LGBTI community. We must develop effective strategies to tackle it,” said Professor Jacobs.

“In order to take this work to the next stages, we need much better data.”

President of the AHRC and Gillian Triggs assured students that the survey will be carried out independently, and will “produce statistically reliable data which will inform universities’ responses to sexual harassment and assault in the future.”

“This survey, which will determine the extent of sexual assault and sexual harassment at universities, is an important step towards guaranteeing those rights for all,” she said.

“I am not aware of a partnership like this one, between universities and a national human rights institution, happening anywhere else in the world.”

Australia’s Sex Discrimination Commissioner, Kate Jenkins, also described university campuses as a “microcosm of what is happening in the wider community”.

“We already know that sexual assault and harassment, particularly of women, does not just exist on university campuses – it is an issue which needs to be addressed in our society as a whole,” she said.

“What we don’t know, however is the extent of this issue. We also don’t know the extent to which universities are effectively addressing it. This survey will provide us with that important data.”

Despite the involvement of the AHRC, the survey would not have been possible without the support of the students.

Heidi La Paglia, the Women’s Officer for the National Union of Students (NUS), said “it has been amazing to see the hard work that has been put in… the issue of sexual assault and violence on campus has made real progress”.

“This has been evident through the attention that the media has given this issue, the sheer number of students and individuals who have dedicated time to working on it, and now the launch of this national survey which will provide us with the answers we need to know how to best support survivors as well.”

For more information, here are some helpful links:

AHRC Outline of the Survey Project