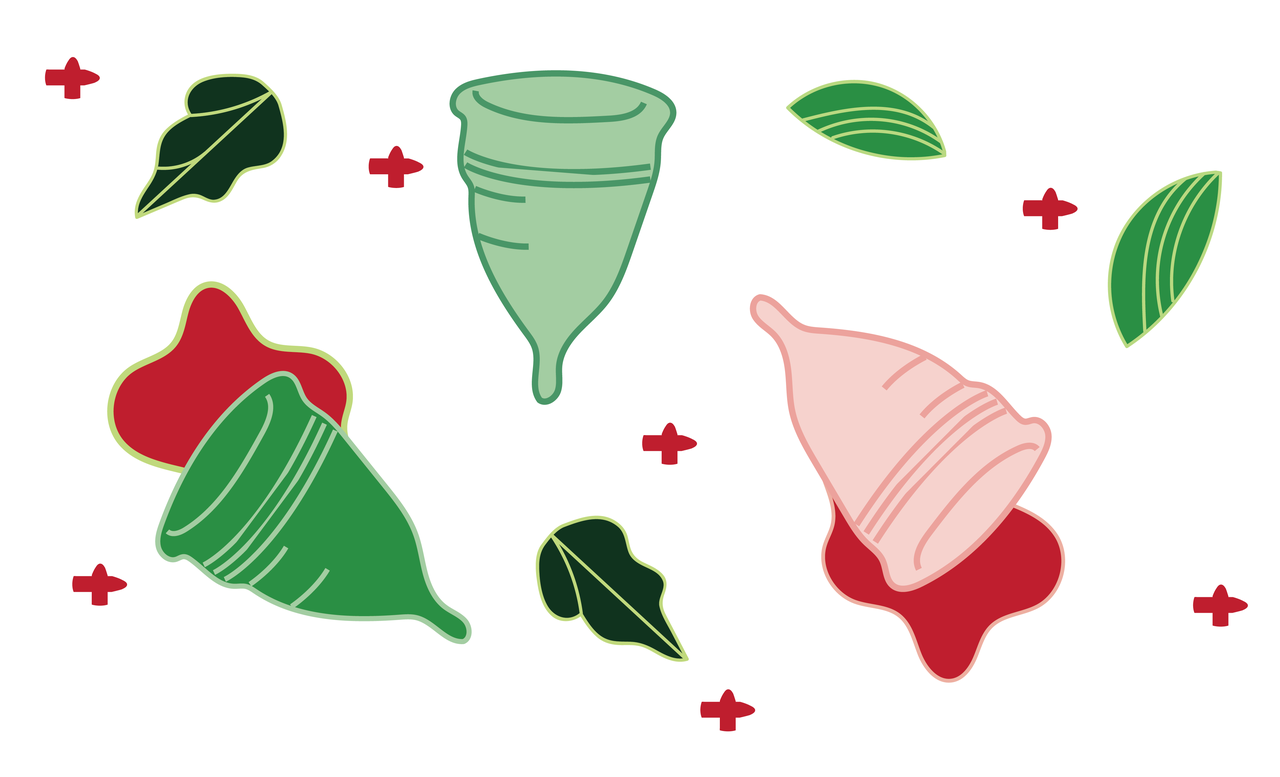 How to Menstruate Sustainably

Ladies, we’ve come a long way with our menstruation practises. Gone are the days where women were made to go and hang out in a contaminated corner for being “unclean”. Thankfully, gone too are the days of tearing up a bunch of rags that needed to be regularly washed, dried and reused, or the time-consuming (albeit clever) process of crafting tampon-style devices out of random plant materials. In the 1930s, with a strike of genius on par with Beyonce’s Formation, a woman named Leona Chalmers designed the first reusable menstrual cup*, and women around the world lived happily liberated ever after.

What’s that… that’s not how the story goes?

Right. I guess I forgot the important part where a crafty bunch of profiteers brought disposable pads and tampons onto the market, mobilised gender constructs in different ways to strategically market them, poured a whole lot of money into making it appear as though there was no alternative, and effectively made women dependent on the endless purchasing of disposable “sanitary products” for generations to come. This happened at around the same time as Chalmers’s brainwave, and (surprise, surprise) many of the people behind this crappy plot twist were MEN.

I know, I know, this is “how to menstruate sustainably”, not “the political economy of periods”. Yet I’ve come to realise that the two are intimately related. How else do you explain that for my first 7 years of menstruating, I thought that the only choices I had were invisible-or-ultra-thin, pink-packaging-or-beige, tampons-or-pads?

All of these options not only require significant and continued cash money to sustain, but rely on—you guessed it—fossil fuels; producing huge amounts of plastic in their manufacturing, before creating huge amounts of waste in their disposal. If I had known, as a tweeny adolescent, that there was an option that could save me money at the same time as saving the environment, I would have switched in a heartbeat.

Instead, I had to wait till halfway through my first year of university to find out about these mysterious menstrual cup devices through the murky world of word-of-mouth. A friend asked me if I wanted to get in on a bulk order of “moon cups”, and I said: “What on earth is a moon cup?”. I later googled it, and was simultaneously impressed and terrified.

So many reservations popped into my head. The thought of needing to be more intimately acquainted with my own body and menstrual blood was not a fond one at first. Not to mention all the awkward conversations I imagined having with my housemates as I boiled the cup clean on the stove. Still, the knowledge that I would save huge amounts of money, and bypass the myriad of little plastic pieces I was otherwise beholden to, was enough for me to take the plunge.

Honestly, it’s been one of the best decisions that I’ve made. My overwhelming experience has been empowering, stress-free, and occasionally hilarious (cue awkward questions from grandpa upon finding this puzzling object in a drawer). There’s endless blogs online of people retelling their own experiences, and if you pop down to Thoughtful Foods, you can check out some display models and probably have a real-life chat with someone who’s made the switch.

Admittedly, menstrual cups aren’t for everyone, and there are plenty of reasons why a woman might not be able to choose the most “environmentally friendly” period-absorber on the market. No one should feel judged or pressured about the decisions they make for their own body—which, I suppose, is the purpose of this article after all. I think women should be able make decisions for themselves, free from the fears and fictions that are spun to keep us perpetually digging into our pockets.

Moral of the story: next time you buy anything disposable wrapped in plastic, ask why it has to be this way and who benefits in the long run. Chances are it’s probably not us—and for that matter, not the earth either.

* It was actually most probably used years beforehand in a whole number of different places, but the history books credit a rich white woman. Sigh.

Share
Previous Why Can’t I Play As A Girl?
Next Honey, I’m home!