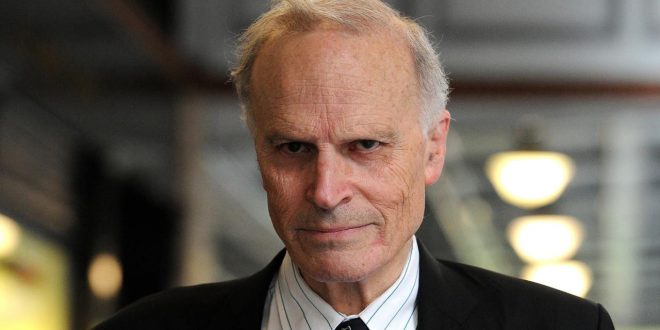 How Did An Alleged Sexual Predator Get Appointed to the High Court?

On June 22, the High Court of Australia made a statement that an independent inquiry found that former High Court Justice Dyson Heydon sexually harassed six female judges’ associates from 2003 to 2013. Heydon served on the bench between 2003 and 2013 and was appointed by Tony Abbott to the Royal Commission into Trade Union Governance and Corruption in 2014. Judges’ associates provide assistance to a judge through conducting legal research, reviewing draft judgments and more. Associates are typically law graduates fresh out of university. In light of this, how did a serial sexual harasser reach the highest position in our legal system?

Since the inquiry’s findings were announced, there have been numerous fresh allegations against Heydon, such as earning the nickname “Dirty Dyson” from his students at Oxford, allegedly sexually harassing young women at the highly exclusive Commonwealth Club in Canberra along with several women who worked with Heydon while he was serving on the Royal Commission. The High Court has since reached out to 100 former associates who worked at the High Court during Heydon’s time on the bench.

In her statement Chief Justice Susan Kiefel has apologised to the women involved, condemned Heydon’s behaviour and said, “We’re ashamed that this could have happened at the High Court of Australia”. Heydon has denied the allegations, in a way that seems all too familiar for victims of sexual harassment, claiming that any conduct which caused offence was ‘inadvertent and unintended’.[1]

On 29 June George Williams, Dean of UNSW Law, sent out an email to UNSW Law students addressing the findings against Heydon. He stated the fact that “a disproportionately large number of the women involved in bringing the complaint against Mr Heydon are UNSW Law graduates”.

In the past week, Heydon’s comments in the 1984 edition of his legal textbook Evidence: Cases and Materials have been brought to light. While discussing children giving evidence, Dyson stated:

… children sometimes behave in a way evil beyond their years. They may consent to sexual offences against themselves and then deny consent. They may completely invent sexual offences. Some children know that the adult world regards such matters in a serious and peculiar way, and they enjoy investigating this mystery or revenging themselves by making false accusations.[2]

This book remains available at the UNSW Law Library Collection. Despite the comment being made years before his appointment to the High Court, it remains of grave concern. The appalling statement effectively blames children, some of the most vulnerable members of the community, for the heinous crimes committed against them. Such a statement seems unfathomable to be made by someone who would later be appointed as a Justice of the High Court of Australia, the highest position a lawyer can reach. This begs the question, how does one become appointed to the High Court of Australia?

The process of appointment to the High Court is described as one of ‘merit’ although the Australian Constitution does not mention the requisite qualifications or background to be considered for the bench.[3] Rather, the process can be divided into four main stages. Firstly, judges, barristers and other stakeholders engage in confidential consultations and informal discussions with the Federal Attorney-General regarding their opinions and impressions of potential candidates. This stage is inherently influenced by political affiliation, relationships, state of origin and other views. Following consultation, the Attorney-General informs the Cabinet of their recommendation. Next, the Cabinet considers the recommended candidate and decides whether to approve or reject the recommendation. Finally, the Attorney-General presents the decision to the Governor-General to formally appoint the candidate to the High Court.

This process is notoriously secretive, and there have been calls to adopt a clear selection criterion to ensure consistency in the appointment process, and to give wider considerations to gender, geography, ethnicity and cultural backgrounds. It is important to recognise the inherent conscious or unconscious bias in decision-making, and how the idea of a meritocracy masks this.[4] As this process occurs entirely behind closed doors, there is no way to know what is exactly being considered when selecting a new member of the High Court bench. Inevitably, this diminishes the public’s faith in the judiciary and the law in a broader sense. The recent findings and allegations against Heydon further affirm this. It is not that surprising that an extremely powerful and influential man has abused his power, but the most disappointing fact is that he sat on the highest court in Australia and made judgments on cases involving sexual harassment and violence while engaging in that alleged conduct himself.

Some of Heydon’s judgments have raised eyebrows. In Harris v Digital Pulse Pty Ltd Heydon,  ended his reasons with “in short, equity does not bear the same relationship to the instinct for revenge as the institution of marriage does the sexual appetite”.[5] This judgment was delivered in the same month he was elevated from the New South Wales Court of Appeal to the High Court. This unsettling analogy appears to have gone unchecked.

It can be said that more is yet to come for Heydon and other powerful men in the legal profession, potentially sparking a movement similar to #MeToo. Nonetheless, the entire situation is discouraging for current and future female lawyers, who presume that they must endure sexual harassment and other discriminatory treatment throughout their careers. Significant cultural change within the legal profession is long overdue.

[4] Rachel Davis and George Williams, ‘Reform of the Judicial Appointments Process: Gender and the Bench of the High Court of Australia’ (2003) 27(3) Melbourne University Law Review 819.

Share
Previous Jacinda Ardern Isn’t Who You Think She Is
Next The Carving of an Ox: A Retelling