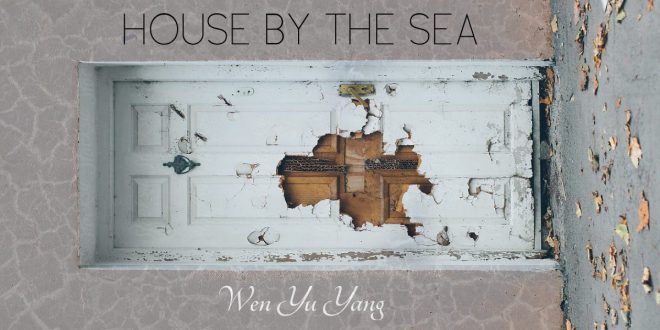 Wen Yu Yang works with the UNSWeetened Literary Journal and is a regular contributor to Tharunka.

You watched her face collapse and felt your mental walls crack, you could barely hear Travis’s reassuring sentiments as you tried to stop the force that was drilling into your chest. Wordlessly, she recomposed herself and walked further in, setting the pot on the table. You could see her hands trembling, disturbing the liquid inside. You knew it wasn’t from the pain of the heat, she’d endured enough of that and earned callouses that kept her from burning.

Your parents stood, one silently fuming, the other in shock, as if you were a ticking timebomb waiting to erupt.

‘Well, what are we waiting for?’ You managed a  smile-smirk, grabbing one of the spare bowls that had been placed on the table. It had been meant to fill discarded chicken bones which you knew were in the stew. After all, chicken stew was his mother’s specialty. You filled your bowl.

Your mother glanced nervously between you and your father.

Your father regained his sense and growled, ‘What do you want?’

From the cautious way he was approaching the dinner table as one would approach a wild animal, you knew that he was uncertain about what you had become. To him, there was never Trevor-Travis or Travis-Trevor, there was only The Boy. Unlike your mother, it was not so much as a conscious choice as it was pure ignorance.

‘To have dinner with my beloved parents, of course. Please, let’s eat.’

Maybe curiosity got the better of your father, or maybe he had just enough wits left to know that the ball was not in his court, so he flopped into the chair furthest away from you in loud indignation. Your mother followed suit, sinking into a chair, the riot in her eyes betraying her frozen features.

‘So, I got a house recently,’ you said around a piece of watery cabbage, despite the fact no one was eating, and no one was talking either, even though all eyes were on you. ‘It’s by the sea, close enough to hear the waves.’

Your mother avoided your eyes, but you knew she was remembering that afternoon after school. Like most kids your age back then, you were too small to find your way home, so your mother had to pick you up every afternoon. She had been in a good mood and let you bound after the other kids when the ice cream tricycle started honking after the school bell. The man in the straw hat pedalled the treats into the mountains only once every week, which made it all the more appealing.

You shared the ice cream and made sure you finished it before you reached the house. Maybe it was the ice cream, or the summer breeze, or the joy in the air that made her tell you of her childhood home and how she loved watching the sun rise above the sea.

She didn’t like talking about her past, but when she did, you could hear every ounce of longing and ache buried in each word. You had collected bits and pieces about your mother’s childhood home in your head and would bring it out every once and then the way Mr. Jiang, the founder of the hotel, treated the Victorian oil paintings in his mansion’s private gallery.

Travis had been invited over to his mansion when he was about to be offered Partner. Mr. Jiang had shown him those oil paintings as they sipped on glasses of wine. Mr. Jiang told him this: if he ever hoped to succeed, there must be something he was willing to fight for, to defend, consequences be damned. You branded those words into your very bones.

You worked for that image of your mother’s childhood home every second of the ten years you were away from her, starting as one of the apprentices in the kitchens of the hotel that had taken you in when the others did not.

You scrapped every bit of knowledge from the various people who worked at the hotel. The receptionists, the housekeeping staff, the sales department, even the managers when you could get the chance. By the time you made assistant in the important meetings, you were in possession of a savings account even a thirty-year-old would envy. It took a while of sleeping in storage rooms and eating kitchen leftovers, but you managed.

It took you five more years to make management and two more to make partner, it was around then when you set your sights on the house you passed every day on your way to work. After you made it yours, you were there every afternoon to monitor the renovations. You brought every piece of your collection into reality and once you were satisfied, you drove to your parents’ house the next day.

‘There are two bedrooms in the house,’ you continued, ignoring your father’s narrowed eyes. ‘Both facing the ocean. People grow flowers on their balconies over there. There’s even a garden at the front.’

‘What is this?’ you father hissed, still not touching his food. ‘I’ve had enough of your gloating.’

‘The house used to belong to an old lady,’ you continued quietly, your eyes only on your mother. You told her how the old lady used to sit on that spot on that porch, knitting, as the sun crept up those steps, as the children laughed, and the seagulls called to the wind.

Your father was on his feet now, so you rose with him. He would take a swing at you, except you were now a foot taller than him and stronger.

It terrified you before how your father always seemed to tower over you like a lion peering at a mouse, but now that you were taller and Travis had made sure you were straight-backed at all times, you realise he was just a hunchback with an astonishing amount of whites in his eyes.  His inability to take a swing was the reason he was making his way to the kitchen—where all the knives were.

Perhaps it was the energy in the room that brought you back to the day you left. But you remembered the harsh sun that had shone its light in the house, putting you in the spotlight. Guilty. Your mother had discovered you on your way out, the worn backpack in tow and everything you owned stuffed inside.

Your mother took one look at you. ‘Don’t do this to me, Travis.’

She flinched. Trevor was the name your father gave you, your mother had always secretly called you Travis, taking whatever freedom she had left, even if it was only make-believe. Travis was something of a pet name, and you knew this wasn’t the time to be someone’s pet. Travis was pounding at the cage you put him in, yelling curses at you. It’s for your own good, you told him then. You felt him grappling for the wheel, so you held him in place, made sure it was out of reach.

‘Trevor,’ your mother said, steeling her voice, holding her pain and resentment in check. ‘Please don’t take my son away from me.’

It was like someone had shoved a blade between you ribs and twisted, hard. Travis was abruptly silent, torn between feeling sorry for you and taking advantage of the moment of weakness. It was you your mother had brought to the ice cream tricycle every day; Travis never could stand the cold bite of ice cream. You might not knit like Travis did, but you helped her with the animals. But no, Travis belonged to her, Trevor didn’t, and in her eyes, there was only Travis.

Travis’s window closed on him completely when you forced your emotions away, the anger, the pain, the frustration. Your eyes were cold when you turned to her.

‘Travis would never leave me,’ Mother insisted. You gave her a long look.

You both knew Travis wasn’t strong enough then. You had left her standing there, grieving for her lost son.

‘Please,’ you whispered to your mother now, ‘Give me a chance.’

The unspoken words hung precariously between them: Let me prove myself to you, to prove that I’m just as worthy as Travis is.

You wondered what your mother saw right then.

A broken son in front of her, slowly piecing himself together. A husband in the next room reaching for the knife she chopped bones with. A farmhouse crumbling around her. Decades later: Two graves, side by side, on the hill where they buried all the soldiers who’d sacrificed themselves for the nation, their spouses beside them. Trapped even in death.

A husband who had brought the battlefield home. A son who had left her there.

‘Please,’ you repeated as you heard your father stumbling back.

The song of waves, golden sand, rising sun, and the house with the flowers. She lifted her head and smiled through her tears.

‘Okay,’ she whispered. You took her hand, and the three of you left the rotting house.

If this piece has raised concerns for you, please do not hesitate to reach out to

Daniel’s Garbage Man dives into feeling like garbage in the lonely hours of the night. Inspired by T.S. Eliot’s The Hollow Men and Nietzsche’s concept of ‘last men’, Daniel also looks at the apathy that we can unwittingly slip into when we feel small and thrown around by life.