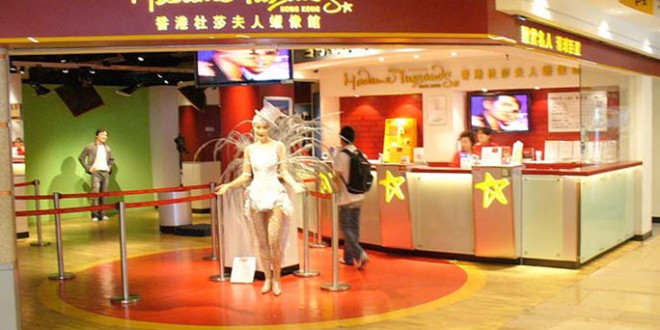 Many of us can admit now and then to craving the attention usually reserved for celebrities, and some are not averse to shedding out extra dollars every so often for a VIP package to ascertain it. On many an occasion, however, even the promise of ‘very important’ treatment struggles to muster up enough fervour for ‘semi-important’. Front rows seats are actually just near front row seats, and a red carpet entrance is a bloke standing on a door scanning tickets with a smile. You get the gist. Hijinks, to my surprise, was delightfully different…

The name, meaning a “boisterous celebration”, is a point to the purpose of the company – to provide “after hours” fun to 18+ people, at very popular (and often infantilised) venues. Basically, The Sydney Aquarium, which is a cesspool of innocence during the day turns into a sexy and sensual feast by night. I’m slightly exaggerating on the feast part, but it is a lot of fun and a really cool event idea.

My boyfriend and I are greeted by smiling faces at the front desk where they hand us a free drink token (bonus) and a brochure of the live acts for the night. We follow the corner past more smiling faces (a little unsettling – are they waxworks or people?) to a media pit, where we’re the celebs. Three staff, dressed like typical ‘50s journos with convincing New York accents thrust mics in our faces and persistently ask if the rumours are true. Obviously, I confessed all of my sins (and got really into actually, I think they wanted me to move on after a while), loving the thought that went into that little aspect of the experience. Next up was a silly photo with a really enigmatic photographer, and my normally very reserved boyfriend at one stage put his leg up on the wall for a candid shot of his bum. Boy, Hijinks really brings out your sexy side.

We used our free tokens for a beer and a ginger-vodka concoction, respectively, which was not a bad little idea and a nice addition to get the creepy wax gasps started. As we moved through the different rooms, we realised that the employees were the only smiling faces to be seen: all the celebrities have faces like slapped arses, and it makes the customer service experience from all of the staff that little bit more heightened. On the whole, the staff were fantastic and really invested in what they were doing, helping their guests to get the most out of it. Every few metres was a drink station and a taco stall, which was very appreciated given that I love tacos. Obviously that’s subjective, but whatever.

The live “Katy Perry” performance was a little disappointing, as the impersonator neither sang nor looked remotely like Katy Perry… although neither did Perry’s waxwork, so there you go. The free photo-booth near the Australian soap star wax-room (LOL) was such a great idea and contributed a real ‘value-added’ feeling to the experience, and each room had obviously been well thought-out in terms of design and what could be added by the company during their pop-up.

A mini-critique would be the lack of space, but this isn’t necessarily Hijinks fault. I would suggest that they allow in less people next time, which I know is never a businesses preferred method, but would certainly help to alleviate the congestion. It was packed in some areas, and there was no room to move around. Not a great place for claustrophobes or those who didn’t enjoy House of Wax, but for everyone else, the hijacking of Madame Tussaud’s was excellent. Well done and thanks for a great night.