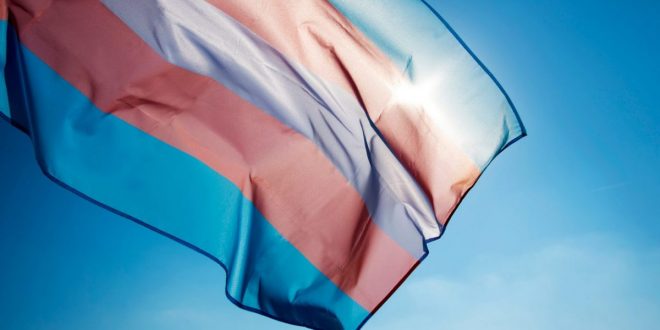 Hidden Ghosts: The Murder of Transgender People in Australia

‘The machinery of discrimination that they assembled to fight us in 2017 was not destroyed in the armistice. They are still in place.’ –  Eloise Brook (Queerstories, 2020)

In March 2020, Eloise Brook, a transgender woman and LGBTQ+ activist, said that there is an ongoing war against LGBTQ+ Australians. For many, the Australian Marriage Law Postal Survey (and the subsequent 2017 amendment to the Marriage Act 1961 legalising same-sex marriage in Australia) marked the utmost victory for LGBTQ+ people. However, the community still faces disproportionate rates of violence in Australia.

The International Trans Murder Monitor (‘TMM’) has recorded only three deaths in Australia in the past 12 years, most recently Mheldoy Bruno in September 2019 in regional New South Wales (TMM, 2019). Within six months of Bruno’s death, another trans woman, Kimberly McRae, was found murdered in New South Wales, in January 2020; a 20-year-old suspect was extradited from off the coast of Venezuela but has not yet faced trial (Hirst, 2020). The current statistics on transgender lives and deaths in Australia do not represent reality, according to Victoria University academic Eloise Brook. Australian media and police have not effectively reported and investigated deaths as part of the violence enacted onto trans people in Australia (Brook, 2019).

Transphobic violence within Australia is often misunderstood as we look abroad to the ‘killing fields’ (Brook, 2019) of the US and Brazil, viewing ourselves as a comparatively tolerant society. This is a flawed comparison. While Australia may think of itself as tolerant (Law, 2020), the bureaucracy of the Australia justice system often does not consider issues of gender variance within their investigations (Brook, 2019). Victims being posthumously misgendered (treated as their assigned at birth gender) by authorities may result in their case not being statistically considered as violence towards a trans person. Many media reports, especially older reports through the 1980s to 2000s, misgender the victim, not respecting the victims even in death.

The absence of data about the Australian transgender community is summarised best by UNSW academic Andy Kaladelfos: ‘if we don’t have baseline data, we simply don’t know the level of victimisation’ (Kaladefos in Brook, 2019). Much information about the trans community in Australia is estimated. According to Brook and the Sydney Gender Centre, an educated guess suggests 1% of the Australian population identifies as transgender or nonbinary.  Despite the lack of statistics, it is clear that ‘violence is rife’ (Brook, 2019), at rates 25% higher for transgender and gender diverse people, and 12 times higher than that of the general population (Brook, 2019). This is further heightened for transgender and gender diverse BIPOC (Black, Indigenous, and People of Colour).

The accumulative factors of gender and race increase the discrimination and violence against these groups (LBT). A study conducted by GLAAD found that more than 87% of victims of anti-LBGTI murders are POC in the USA, and similar patterns can be assumed in Australia. In Australia trans women from culturally and linguistically diverse backgrounds are 20% more likely to experience multiple instances of sexual harassment. Compared to other women, trans women of colour are twice as likely to experience sexual assault 10 or more times (Feng, 2020).

In her podcast on the underreporting of transgender deaths in Australia, Counting the Dead (2019), Eloise Brook presents that coroners have an informal duty both to the victim and the family of the victim. Anything that may be distressing to a grieving family, meaning any information that implied the victim was LGBTQI+, may be disregarded as to fulfil the coroner’s duty of care to the family. But prioritising the living family’s needs by failing to conduct due diligence following a trans person’s death means murders are often not reported or understood entirely.

Discrimination in Australia is not limited to violence – it includes the ‘soft discrimination’ which catalyses violence. Soft discrimination refers to discrimination not acted out through illegal means such as job discrimination, but through things such as microaggressions and social exclusion, further isolating people outside of accepted society. LGBTI+ youth are at the most at risk for homelessness in Australia (Sainty, 2017), which according to Street Smart Australia 2018 largely results from ‘running away’ due to fear of rejection or violence, or being kicked out of home.

While many services are available to trans people who are homeless or at risk of becoming homeless, these services are often flawed and therefore not fully engaged with by those most at risk (Robinson, 2018). This can result in couch surfing, rough sleeping, and boarding houses, which can be dangerous situations with increased risk of violence and abuse, especially for a community which already faces disproportionate levels of violence. Trans youth face further issues when engaging with the support systems available, facing discrimination when engaging with these services, which results in many transgender homeless people avoiding refuges due to having previously been turned away and discriminated against by staff, and/or having been forced to use services and facilities that do not align with their gender identity. One homeless trans youth reported having ‘call[ed] one service provider’ but found

[t]hey didn’t seem to understand that transphobic abuse is a form of abuse, basically saying, ‘You should work it out, you should go home… After that, and having heard a lot of horror stories from other trans people who had tried to go to other services, I didn’t go to any other services. – Kochava (Wahlquist, 2017)

Discrimination towards the transgender community further heightens the prevalence of suicide, another form of violence which is not acknowledged in Australian society. When discrimination rates are lower the consequences of such follow, meaning that suicidal thoughts, actions and completed suicides also go down. The LGBT Health Alliance states that between the ages of 16 and 27, LGBTI people are 5 times more likely to attempt suicide than non-LGBTI people. Transgender people over 18 are are nearly 11 times more likely. LGBT young people are at higher risk of attempting suicide when they have experienced abuse and harassment (LGBTI Health Alliance, 2020). The LBGTI community, and especially those who identify as transgender, are more at risk of untimely death in Australia through the discrimination and harassment perpetrated by intolerance.

The broader Australian community is more aware than ever of the transgender community, in both non-fictional and fictional representations of transgender people. But both the statistical flaws and violence continue.  The increased, though still limited, portrayal of trans people through media created by cisgender, or non-transgender, people, often perpetuates misinformation such as that trans identity is temporary, or more harmfully, that trans people are a risk to society. The idea that trans people are ‘faking’ or performing their identity increases when cisgender actors play transgender characters,  fuelling the idea that trans identity is temporary or a costume – an idea used to justify anger and fear.

The progress of the LGBT+ community, such as the right to marry no longer being determined by sex or gender, is overshadowed by the ongoing prevalence of violence and discrimination which can eventuate in an untimely death. Violence in Australia is often hidden behind statistical curtains as cisgender Australians look abroad at places such as the US as an example of what Australia isn’t. To witness violence in Australia, it is assumed one must look into the past where violence is more prevalent. This is a consequence of complicated legal systems which disallow publicly reporting on ongoing criminal cases, meaning all information about current events are sparsely reported on, giving a false impression of less violence.

However, the violence on our shores had no end date. It continues across the country and we should not disregard transphobia within Australia even if it is comparatively less extreme than other countries – something we cannot assume without proper data. The transgender community and their allies in Australia cannot continue to be let down as they mourn and remember those who have not been respected in death. The deaths of those not remembered for what they are haunt a community in mourning. The trans community is haunted by a violence that the national and international community fail to see, perpetuating false realities of tolerance in Australia and minimising the experiences of trans individuals and our trans community.

The transgender community in Australia experiences violence and discrimination to a degree faced by few other communities, and silence and misinformation mean that it cannot be effectively challenged in modern Australia. More research must be undertaken and transparent information made available, or the haunting of people forgotten in death will continue.

Doherty, B., 2020. Man Charged After Death Of Filipina Trans Woman In NSW. [online] The Guardian. Available at: <https://www.theguardian.com/australia-news/2019/sep/27/man-charged-after-death-of-filipina-trans-woman-in-nsw> [Accessed 5 September 2020].

Law, B., 2017. Why Do Transgender Children Raise The Hackles Of ‘Tolerant’ Australians?. [online] The Sydney Morning Herald. Available at: <https://www.smh.com.au/lifestyle/why-do-transgender-children-raise-the-hackles-of-tolerant-australians-20170906-gybvyv.html> [Accessed 2 October 2020].

Wahlquist, C., 2017. Transgender And Homeless: The Young People Who Can’t Get The Support They Need. [online] The Guardian. Available at: <https://www.theguardian.com/society/2017/apr/06/transgender-and-homeless-the-young-people-who-cant-get-the-support-they-need> [Accessed 5 September 2020].