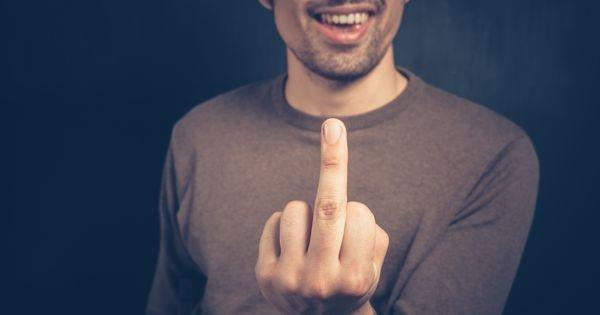 Thanks to your bullshit, I am, again, the proud recipient of (yet) another $108 parking fine. Now, before you statists start with the “don’t do the crime if you can’t pay the fine” stuff, let me spit some facts your way.

A couple of weeks ago, the council (again) removed more parking spots from whatever street Maccas is on (ed’s note: it’s Barker FYI ;)) and offered no alternative replacements. Spots that were previously “all day” are becoming one or two hour zones, and more and more parking is disappearing from the streets surrounding UNSW.

Get goddamn public transport then?

Living in the inner west, you would think travelling to uni by public transport would be great, right? … Right?!

Not if you attend UNSW.

The 891 lines are, to use the scientific term, fucked, and getting on a bus takes the better part of forever. The M50 now doesn’t touch Anzac Parade at all, which normally wouldn’t be a problem, if the last bus wasn’t circa 8pm. For us night students who finish class at 8 or 9pm, it’s impossible to get past the Children’s Hospital before the last M50 leaves.

So you’re left with one alternative if you don’t want to spend a fuck off amount of time to get to the inner west: drive.

But no, we’re now stuck with the Light Rail construction, yet you’ve implemented no viable alternatives to all the parking you’ve gotten rid of. Instead, you’ve limited the areas and the times available to park. Here’s an idea, maybe end the zones at 4 or 6pm instead of 8pm, so those trying to get to night classes don’t face fines every fkn week.

Getting to uni is now harder than listening to a law student complain about outsiders in their stupid library. And if you can’t tell already, I’m over it.

Get your shit together.