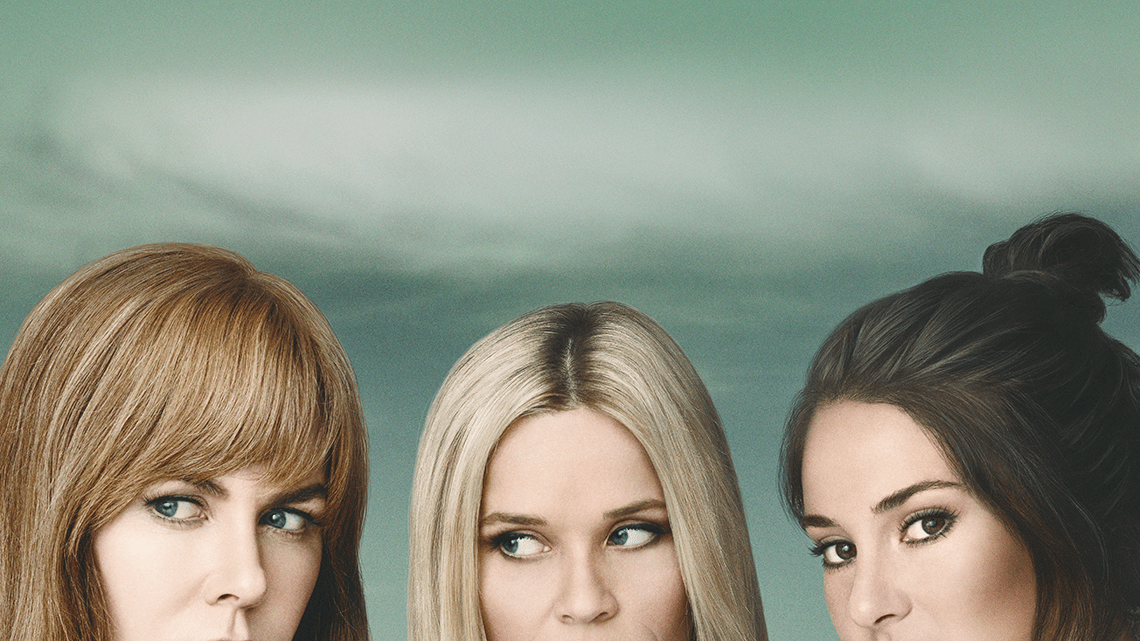 Based on Liane Moriarty’s 2014 novel of the same name, HBO’s 2017 mini-series, Big Little Lies, (BLL) has been widely (and rightly) praised for its depictions of violence against women. With Moriarty recently announcing that she is exploring ways of continuing the series, it is opportune timing to explore just why the show has been so pertinent.

To start, BLL shows just how ordinary violence is, in the lives of many women. From the domestic abuse suffered by Celeste at the hands of her husband Perry, to the revelation that Jane’s son was conceived during rape, to the schoolyard bullying of Amabella, the violence suffered by the women in Monterey is a constant theme throughout the series.

BLL shows this violence with uncompromising honesty. We see the red marks on Amabella’s neck and the force with which Celeste is hit. Stories of the aftermath of domestic violence are common on television, but the actual perpetration of the crime is usually conveyed through shadows and sounds. This boldness forces the viewer to face the realities many women live with daily.

Furthermore, BLL communicates, with heartbreaking honesty, the isolation that women suffering domestic violence often feel. When Celeste’s psychiatrist advises her to leave Perry, she does not mention going to the police. Instead, she recommends telling friends about it and setting up an apartment. Amabella similarly learns, even as a child, that she cannot rely on the authorities to stop her bully, eventually pretending to her mother that he has stopped hurting her. Devastating as it is, this is a horrible reality that many women face and that BLL should be praised for further exposing.

And it is not just the authorities who are blind to the violence being inflicted. The Greek chorus of Otter Bay parents show their love of drama and fantastical fighting in their police interviews, yet they cannot see the very real violence occurring in front of their eyes in Celeste’s marriage. Unlike confrontations in wine bars between feuding private school mothers, domestic violence does not fit with their traditional ideas of what violence and marriage look like. They view Celeste’s relationship as perfect, blind to the bruises she so conscientiously attempts to conceal.

This is another strength of the show – the way it shows gendered violence being perpetrated against a group of individuals that diverges from typical televised images of victims. Celeste is an educated and independently wealthy lawyer. Unlike the traditional idea of a “battered woman”, she has the financial means to leave her marriage, and the family background to know that what she suffers is wrong. Despite this though, she is clearly caught in an emotional trap, unwilling to appear as a victim and unwilling to leave the man she still clearly loves. This is in stark contrast to the typicalised media image of domestic violence victims, usually portrayed as working class women in unstable socioeconomic circumstances. It reflects that violence can be, and is, suffered by all women, regardless of their class or income.

By showing this, BLL challenges simplistic understandings of choice in violent relationships. Celeste’s torment shows that domestic violence survivors are controlled in ways that go much deeper than purely physical or financial. A further terrifying truth communicated by BLL is that violence against women can occur at any age, and that no-one is too young to be conditioned to see it as normal. Scenes of Celeste’s family, for instance, often contain unsettling truths upon closer inspection. The scenes of seemingly harmless family fun with the twins often involve violence. Celeste’s children play with toy guns, only to stop misbehaving when their father pretends to shoot them, and to fire imaginary shots at their mother as their father holds her down. These acts have a much darker undercurrent when you consider the very real domestic violence that occurs in those same family rooms.

It is no surprise when Amabella’s bully turns out to be Max, Perry and Celeste’s son. This is a stark reminder that the cycle of violence is difficult to break, even when those caught in it may not have been victims themselves. Max has been conditioned to see violence against women as normal. The fact that he is just six when he starts perpetrating it himself shows that those harmed by domestic violence extend far beyond the immediate victims.

Despite all this violence, BLL is ultimately an empowering series for women. It is made by women, to tell the stories of women. As dark as the subject matter is, it needs to be talked about repeatedly, until people start getting the message that violence against women is real and omnipresent. BLL does this, in a masterful and in-depth depiction of both the suffering and strength of women.

Share
Previous How to Plan for Imminent Death
Next “THIS IS FICTION. PART FACT. PART FICTION” – Review of the Redlands Konica Minolta Art Prize