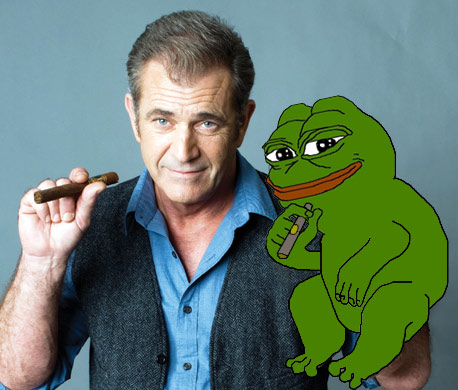 Hashtags, Memes and Good Ol’ Fashioned Organising: Here’s What We Need To Do To #MakeOurWorldGreatAgain

I hear a lot of random hypotheses about why the future is looking pretty dire. But one of my favourites is that it’s because of “the Internet”. Cue some middle aged man waxing nostalgic about the days before smartphones where people would *actually talk to each other* and there was no such thing as alternative facts, etc etc. Now that we have THE INTERNET, millennials have fallen victim to one or more of: poor attention spans, selfie-narcissism, clickbait, anything and everything else that’s bad about the world, depending on the flavour of the month. All of which are, of course, leading to our inevitable demise.

I have heard this trope so many times that I could probably write a textbook. Terrified as I am about the serious impending doom facing our planet if we let the fossil fuel industry continue to trash it, I attend a lot of meetings attended by people organising around climate justice. These meetings also often attract a lot of retirees who have extra time on their hands and a renewed sense of just how deeply messed up the world is. I love them dearly. But if I had a dollar for every meeting I have been in, only to hear one of the many baby boomers loudly lament, “Where are all the young people?” …  Well, I’d have some serious cash. Each time I sit there, taking deep breaths to buy myself some patience, so that when I inevitably retort that the ~young people~ are probably working overtime or cramming for assessments because you need to sell your organs to make renting in Sydney even kind of “affordable”, I don’t sound too aggressive.

Is it any wonder that we communicate in gifs and memes when for most of us, “free time” is a luxury that it’s painful to even daydream about? And can we pause for a second before assuming that’s a bad thing? From #BlackLivesMatter to #StopAdani, some of the most powerful campaigns around the world right now have a humming online presence propelled by hashtags, connecting online anger to real life movements. Not to mention that they’re being led by a whole bunch of fierce and intelligent young people who aren’t settling for the dregs of a future that older generations have pitifully left us.

I just don’t buy this idea that millennials and our online lives are stunting social change. The Internet, and social media sites, are fundamentally just tools, and like any tools, they can be used well or poorly, for good or bad consequences. Saying, for example, that memes undermine young people’s potential to mount a fight against the relentless cuts to education, penalty rates, affordable housing and every other issue we’re faced with simply misses the point. The problem is not that we’re using new (and frankly, hilarious) cultural forms online to communicate – it’s when this substitutes real political action. And if that’s ever the case, I’d be more inclined to attribute that to deliberate structural factors that are making it harder for people to politically organise and easier for people to be rewarded for shallow online engagement.

But I do have one sage reflection. I think that if we’re actually setting out to achieve meaningful change, we need to apply the same solid principles that you would to a decent Tindr match: take it offline. While our ever-connected devices and novel online languages are allowing our generation to communicate in ways baby boomers couldn’t even dream of, it only amounts to little if it’s not grounded in the real deal, physical organising.

When these different strategies work together, all hell can break loose. Take the recent upset in the UK election, for example. The revolution may not be televised, but I wouldn’t be surprised if it ends up on Facebook live stream.

This is why I’d encourage us all to say yes, share the hilarious and existential trimester memes, but also collect your scraps of spare time and put it towards organising to win. From our VC to our PM, leaders aren’t worth much if they’re not held accountable. And with the skills to wield the most powerful tool of our time on our side (here’s looking at you, Internet), I’m pretty damn excited for what we can do.