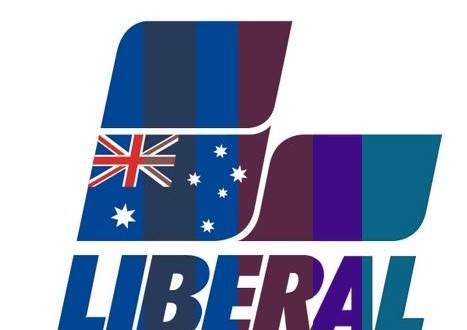 An attempt to create a Conservative Club on February 7 was marred when the Inaugural General Meeting (IGM) was dissolved by UNSW security following occupational health and safety concerns, with members of both the “soft” right and “hard” right-aligned factions of the Liberal Party levelling accusations of club stacking against each other.

These events bear resemblance to the controversial failed UNSW Liberal Club Annual General Meetings (AGMs) of 2012, which led to the club being refused re-affiliation by the Arc Student Development Committee (SDC) at the time.

The Conservative Club was established in part by hard right Liberal and candidate for Vice-President of the club, Anneliese Oldcastle, and its IGM scheduled for 7 pm on the Friday night in early February. The meeting was chaired by far right Young Liberals faction organiser Chris Rath, a University of Sydney student and former political staffer for hard right NSW MLC, Scot MacDonald.

The “hard” or religious right, colloquially known within the Liberal Party as the “Taliban”, is aligned to NSW MLC, David Clarke, and has in recent years declined in prominence within the NSW Young Liberal and senior Liberal Party state executives. At a Federal level, members of the far right include Senator Cory Bernardi and Senator Concetta Fierravanti-Wells. The “soft” right faction of the NSW Liberals is controlled by the federal MP for Mitchell, Alex Hawke.

Oldcastle told Tharunka the Conservative Club exists to promote discussion on conservative issues and “is not aligned to any political party”.

However, attendees at the IGM noted that a motion to affiliate with the Australian Council of Conservative Students (ACCS), an organisation understood to be formed in 2013 by the hard right Young Liberal faction, was accepted by the Conservative Club members.

Among the far right clubs in NSW affiliated with the ACCS is the Sydney University Conservative Club, which was implicated in a controversial attempt to take over the soft right-aligned Sydney University Liberal Club in 2011 by encouraging 60 international students to become financial members of the Liberal Club, with the intention of stacking the club’s 2011 AGM.

Tharunka understands the Conservative Club meeting was initially attended by seven UNSW students who had already obtained club membership and voting rights; among them Grace Connley and known hard right Liberals Anneliese Oldcastle, Elliott Donazzan, and Sun-Yong Kim. The group was joined by over 20 soft right and moderate Liberals from UNSW and the University of Sydney, in a law library room with an approximate maximum capacity of 11 people.

Also in attendance was Christian Ellis, a staffer of the hard right Liberal MP for Castle Hill, Dominic Perrottet. Ellis is currently serving a ten year expulsion from the Liberal Party after running as a Family First candidate against incumbent Berowra MP, Phillip Ruddock, in the 2010 Federal election.

“The formation meeting of this apolitical club was stacked out by loud, aggressive Sydney University Liberals, led by Alex Dore and Dean Shachar.  They were not eligible club members, and thus the meeting proceeded despite their raucous behaviour.  Conspiring with Dore and Shachar was Taylor Gramoski, a staffer to Minister Pru Goward and president of the [soft right-aligned] UNSW Freedom Club,” one attendee said.

Dismissing this claim as “baseless conjecture”, Gramoski stated that “the only conspiring in regard to the meeting was done by the organisers – to hold an IGM in the dead of night on a Friday in February, and to fly under the radar of UNSW students, as well as democratic process”.

Oldcastle rejected the notion that the IGM was held at an inaccessible time as summer semester is a busy time of year at UNSW, adding that all club members were entitled to vote at the meeting.

“The period of notice for membership applications, the date and time of the IGM, and nomination period for the club executive were all within Arc [Clubs and Societies] Handbook guidelines,” Oldcastle said.

Under Arc guidelines, notification of an IGM must be sent to Student Development and club members at least seven days prior to the meeting. This notice must include details of elections and nomination procedure, as per the club Constitution.

It is claimed that at the Conservative Club IGM, membership rights were denied to UNSW students in attendance who were not among the initial seven members of the club, and further alleged that access to the attendance list was restricted by the organisers of the meeting. The Chair, Chris Rath, informed attendees that membership was closed, shortly prior to the meeting being dissolved by security due to Occupational Health and Safety (OH&S) regulations prohibiting the number of attendees being in excess of the maximum occupancy of the law library room.

According to a soft right-aligned, senior Young Liberal attendee, the intervention of security and library staff in asking Rath to close the meeting sparked a farcical series of events in which Rath sought to pass the Constitution and election of the executive without due process by yelling out the remaining agenda items. Rath was then escorted out of the building by security. The Young Liberal source asked not to be identified because they are not authorised to discuss the matter publicly.

Vice-President of the UNSW Freedom Club, Natarsha Terreiro, said the hard right Young Liberals “have a history of disregard for democracy, failure to adhere to Arc and SDC rules, and wreaking havoc on the University”, adding that multiple individuals heard Oldcastle exclaim “who cares about OH&S?” during the meeting, in an act Terreiro described as “showing contempt for standard University OH&S processes”.

Oldcastle told Tharunka she “categorically denies making such a statement, or anything of a similar nature”.

According to a number of attendees, the controversial end to the Conservative Club IGM bears similarity to the dissolution of the UNSW Liberal Club in 2012, wherein the AGM was stacked out by moderate and soft right Liberals in an election process controlled by the predominantly hard right-aligned club executive. Oldcastle acted as the “whip”, or factional organiser, for the hard right during this period.

The resulting anti-stacking measure restricted voting rights to Liberal Club members who had attended three meetings in the calendar year, allowing only ten eligible voting members in the 2012 AGM, a fact instrumental in the SDC’s decision to decline Arc re-affiliation to the club.

It is understood that earlier in 2012, the hard right Liberal faction had purchased a second stall for the ‘NSW Young Liberal Party’ at UNSW O-Week, with the intention of recruiting specifically for the far right faction in an attempt to regain majority control of the UNSW Liberal Club membership base.

University Liberal clubs serve as a key recruiting ground for the NSW Young Liberals, of which the Young Liberal president takes a spot on the NSW Liberal Party state executive. As a result, stacking in Liberal branches is a tactic often employed by factions to have a greater influence on internal party elections.

Expressing concern with the potential for the Conservative Club to act as a duplication of the Freedom Club, Gramoski told Tharunka he believes “the entire purpose of the club is political by nature”, adding that “there are multiple avenues for political discussion on campus amongst Liberal students, namely the Freedom Club”.

Oldcastle directed these concerns to the appropriate authority in Arc. “If Taylor Gramoski and the Freedom Club have concerns in relation to club duplication, they should address these to Arc,” she said.

Convenor of UNSW Labor Left Students, Billy Bruffey, told Tharunka that internal opposition to the Conservative Club’s formation by rival Liberal factions is inherently hypocritical. “When Freedom Club Liberals violate others’ rights to freedom of assembly, I rejoice the pitiful future of conservatism,” he said.

It is uncertain whether the Conservative Club’s application to affiliate with Arc will be approved by the Student Development Committee, given its IGM is believed to have been disbanded before the club Constitution could be approved or its executive elected.

SDC Convenor, Andrew Shim, had not responded to a request for comment at the time of publishing.

Correction: The original version of this article included a quote referring to Taylor Gramoski as a current Pru Goward staffer. Tharunka acknowledges that Gramoski is a former junior staffer to Minister Goward, and current staffer for Liberal MP in the seat of Robertson, Lucy Wicks.