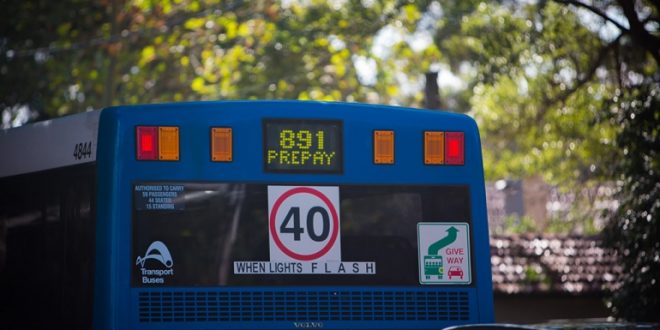 H8 9 1: What Makes the Commute to UNSW Less Accessible For Lower Class People.

At UNSW we collectively bond over our commute times. The question of how long it takes someone to reach campus is one of the easiest and oldest ice breakers for chillingly silent first tutorials. We jump to that question first, then we complain about the 891, and then the exhausted state of constructions on Anzac Parade, and how far campus is from…well…anything.

We compare journey times, appearing frustrated by ninety minute commutes, though silently attempting to one-up each other. We latch onto those extraordinarily unlucky students, the ones who live in Newcastle, and commute to campus for 9AM tutorials, as tokens, to help us boost our own morale in regards to our own journeys.

Transport accessibility to UNSW deserves greater analysis than the cursory complaints that largely treat the issue. These passing conversations do not do justice to the complex intersection of Sydney’s economic geography, UNSW’s position in the Eastern Suburbs, and Opal card fares, that ultimately result in the university being less accessible and economically taxing for those students from lower class areas.

To interrogate this issue, it is important to establish a map of Sydney’s economic geography in relation to UNSW. The median weekly personal income of people aged 15 years or over in Sydney (here, referring to the urban region stretching from Hornsby at it’s North, Campbelltown at it’s South, Penrith at it’s West, and Sydney at it’s East) was $730 as stated by data from the 2016 census.

In Sydney’s Eastern Suburbs, where UNSW is located, the median weekly personal income of the same age range was $1020.  Clearly, we can establish this region of the city as an upper class area in relation to the South West which had a median weekly personal income of $500. For consistency, I am going to draw upon statistics from these two areas. However, a quick glance at data from the 2016 census reveals that the median household income in the South West region largely mirrors the surrounding areas (Blacktown; Parramatta; and Outer South West), supporting the claim that class and geography are closely intertwined in this city that operates as an economic spectrum from East to West and North to South.

Using Transport NSW’ Trip Planner, I set out to calculate the material economic cost of a commute to UNSW from Sydney’s South West in comparison to it’s Eastern Suburbs. To maintain consistency, both of these trips were calculated with 9AM arrival times on a Monday morning, meaning they were affected by the more expensive peak hour fare rates.

I chose a random street in the South West to start my journey to UNSW. From Savery Rd, Carnes Hill, the total cost of a trip to UNSW on a concession card, summed up to $4.18. If you were an international student or denied a concession card, your trip would cost $8.37 on an Adult card. Comparatively, for a commuter from Rose Bay’s Chamberlain Ave in the Eastern Suburbs journey would cost a mere $1.83 on a Concession Card or $3.66 on an Adult Card.

Even when we consider Opal’s daily and weekly fare caps (pay no more than $7.90 a day or $31.60 a week on a Concession Opal card or $15.80 a day or $63.20 a week on an Adult opal card), the student commuting from the Eastern Suburbs would still be granted greater transport mobility vis-à-vis economic mobility i.e. they could travel to UNSW five times in one day before making their fare cap, whilst the student from the South West could only travel twice.

The truth of the matter is that even the various benefit schemes State Transit grants Opal Card users do not actively work to create economic equity in the Transit System. For those who live in the South West, the weekly travel cap of $31.60 is 6.3% of the median weekly personal income. That percentage is likely even higher for undergraduate students between the age of 15 and 24 of which 48% were working part-time whilst studying full-time in 2012. Compare this to the weekly travel cap equating to 3.1% of the median weekly personal income of those living in the Eastern Suburbs. Students living in Sydney’s lower class suburbs not only have to travel longer, more arduous commutes, but also have to sacrifice a greater portion of their income—this is not equity.

People might suggest going to a university closer to home as a potential solution to this dilemma. This is a valid argument—especially considering that the rigid university hierarchies perpetuated by arbitrary organisations like QS World Rankings are redundant when research shows that “the type of university attended did not significantly affect graduates’ probability of having a job within four months of course completion.”

My counter argument is that it is quite reductive to value a university simply on its ability to get somebody employed following graduation as there is a plethora of reasons each university is distinct and hence  desirable for each individual student: different degrees, different entry requirements, resources, facilities, campuses, social activities, societies, welfare programs, demographics, the list goes on. Therefore, it is entirely valid for a student from a lower class background to demand equity in their ability to access UNSW.

Ultimately, Sydney’s economic geography, which situates the Eastern Suburbs, where UNSW is located, as the upper class area, intersects with high Opal card fares, limiting accessibility to this university on a material economic level for those students from lower class areas. This is only one of the ways in which class affects accessibility to UNSW.

There are further complex systematic processes interlinked with geography that make higher education inaccessible to those from lower class backgrounds, for instance, Sydney’s so-called ‘latte line’ in relation to secondary education. Other exclusionary processes include the over-saturation of standardised testing, university privatisation, cultural barriers, and economic limitations. It is critical that we understand how the intersection of these processes support, solidify, and further perpetuate class division, so that we can ultimately dismantle them to create a more equitable city.

Share
Previous UNSW apologises for Cancel Trimesters protestor suppression. Are they scared?
Next Endgame: How space-age ‘colonisation’ ignores the history of Indigenous dis-empowerment on Earth