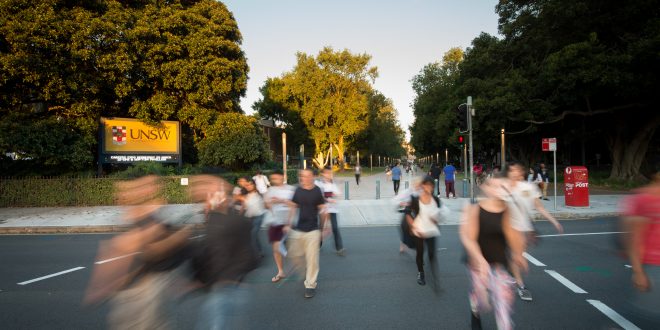 A Guide to the Dark Side

“So you want to study a STEM course at our university, young lady? Great, we’d love to have you!”

This scenario will be repeated right across the nation early in each semester of every year for young women set on a career in Science, Technology, Engineering, Mathematics and/or Medicine. I really wish I knew back in 1986 what I know now, about the realities of studying and working in the field of Science and Mathematics at UNSW. There’s a large part of me wanting to scream at these unsuspecting, wide-eyed wannabe undergraduates: “DON’T DO IT! You will be fighting for basic respect and you may well be permanently harmed if you choose any of these career paths.”

As an undergraduate in 1986-1989, my education was perceived as a “waste of resources” by some male peers. Apparently, I was “just going to get married” and thus my education was unjustifiable. On two occasions, I was forced to view pornographic material brought in by male peers whilst attending laboratory classes. In a Mathematics lecture, the lecturer recounted the story of a young female student who had approached him for assistance prior to exams. Apparently, he believed the student had wasted her time during the semester with respect to the subject and refused to assist. He then stated, “You know, in my country, women serve men”. This remark was met with rapturous applause from the large, mostly male audience.

As an employee at the Prince of Wales Medical Research Institute (POWMRI), associated with UNSW, I was relentlessly and aggressively sexually harassed by my employer (a doctor and medical academic) and two male colleagues (engineers). I left this position, unable to tolerate the constant abuse any longer. My family and I were then harassed by phone and in person outside of the university and this workplace. We received hate mail, and the employer threatened my career, plainly stating, “You will never work in this area again”—I never did. My graduation in 1990 was then denied by UNSW without explanation. I eventually received my degrees, replete with errors and only following action taken by my local State MP, who forced a special sitting of the University Council in order that I be qualified. I was informed that the council decision had been unanimous in favour of conferring my qualifications—how big of them.

Later, I was enthusiastically encouraged to apply for a research position at UNSW by an associate of my abuser, another medical academic. When I attended the interview, after short-listing, I was immediately denigrated and humiliated by this medical academic whose role was convening the panel. I was then shown the door. This ‘interview’ lasted less than two minutes. No work-related matters or documentation were ever discussed. This arrogant abuse of position and the UNSW employment process has never been addressed. This act was specifically designed to degrade and humiliate me as a young woman and qualified professional. It was a form of calculated intimidation and abuse by medical academics at UNSW. I have since been repeatedly threatened with defamation action for speaking about any of these matters. This medical academic is now a prominent Australian voice on health issues with significant influence in media and politics. He’s a favourite of the ABC and very well-remunerated.

I later abandoned medical research entirely and returned to study theoretical science in 1994 after periods of unemployment and following completion of an Honours year. As you might imagine, I had been significantly traumatised by my experiences with UNSW over the years. I went on to complete a Diploma in Education at the University of Sydney the following year (1995) and worked as a secondary school teacher for some years after that.

I look back more in sorrow than anger these days but I do pity young women embarking on STEM careers in this country. If I had my time again I would not choose to do a STEM course in Australia and would certainly never have anything to do with UNSW. It was and still is an unsafe place for women, in my opinion. Recent events surrounding the pro-rape chant by male students roaming in packs on and off campus (as others have done in the past) tell us so. I hope this Guide To The Dark Side is helpful to others forced to deal with this hideous and expensive culture.

Women’s Guide to the Dark Side

On campus there exists a culture of violence where abuse is a form of currency: sexist abusers want to be filthy-rich, and want you to remain virtuous and poor—forever. For them, it is an ideological or personal gender war; yet another incarnation of the age-old tall-poppy syndrome in Australia. They seek bragging rights for wholly imagined conquests.

Unfortunately, addressing this toxic culture is still too much to ask of our highly-paid, indulged university executives. How much easier is it to say action “must be taken” than to actually take the action that’s required? The abusers know this and do as they please. Business as usual. There will be a flurry of statements condemning “unacceptable behaviour”, and promises that the university “will not tolerate” any form of sexist violence while, of course, continuing to both accept and tolerate it. Have any sexist abusers ever been expelled? They are often protected then promoted in my experience. After all, litigation, insurance and PR are expensive, girls.