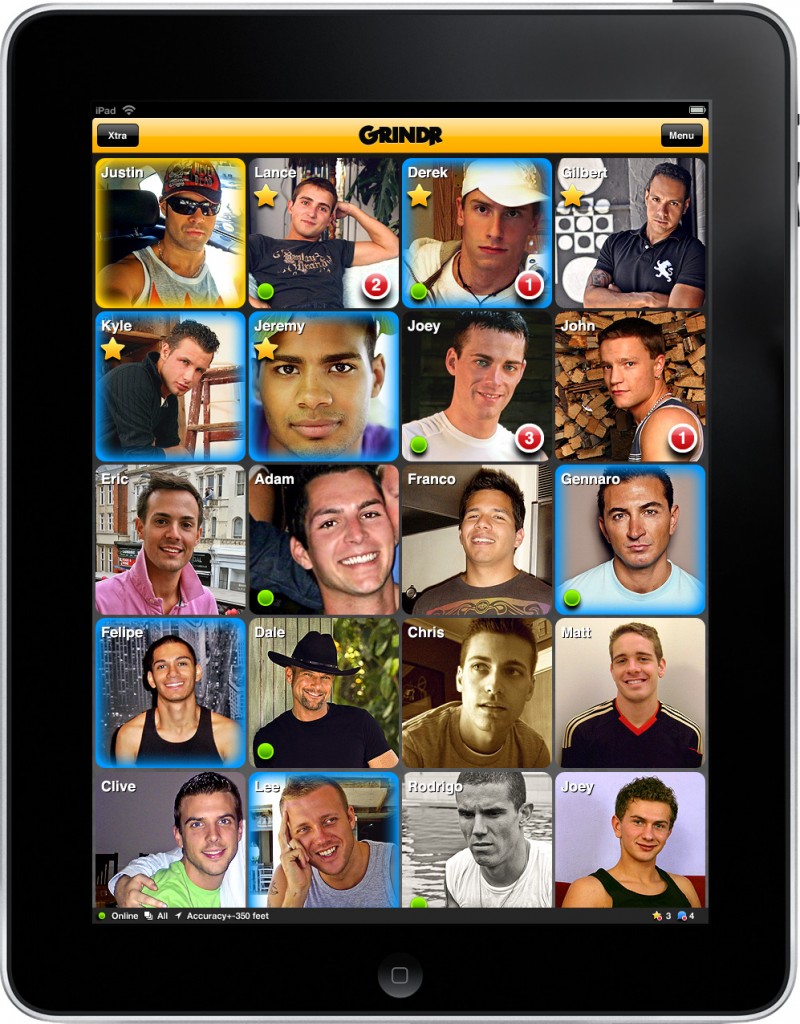 Grindr: Casual Sex or Something More?

Grindr is a dating app. It allows gay men to find other gay men in their literal area. It functions by allowing them to see on a GPS-enabled map, exactly how far away other users are. It has a chat option and photo data avenues, making it easy to connect and, potentially, meet up.

This March, Grindr turned three, boasting 3.5 million users, a presence in 192 countries and a swiftly-growing user base. Sydney is the world’s fourth largest Grindr participant, coming in after London, Paris and New York.

But it is not without criticism. The trouble with a GPS-enabled app is that it seems to encourage speedy hook-ups, one-night-stands and other more casual encounters. In this sexually progressive age, those things aren’t necessarily a problem, however, those looking for love or romantic dates run into problems when everybody else, just wants sex. Damien Dunston, director of an upcoming documentary about Grindr, wondered about the potential for more lasting relationships via the app.

“My documentary came into existence because I was questioning whether Grindr, which had become synonymous with casual sex, could be used for something more significant – namely dating and relationships.

The technology itself does not prescribe what it is to be used for – something that Joel Simkhai, the creator of Grindr, asserts – and I wondered what the possibilities of a technology that put hundreds of strangers within a few thumb-strokes’ reach were.”

His findings weren’t encouraging. He says that, of all his case studies, none managed to find any kind of significant relationship. All were Sydneysiders in their 20s who were looking specifically for intimacy and, eventually love.

“After their two month journeys on the app, all three are disheartened by their results, finding that ultimately the app brings out a community which is unreliable and often toxic,” he says. “I should interject here and say that I know there have been relationships formed on Grindr, but the view of these boys and, ultimately, of the documentary is that it is a forum that at present doesn’t foster such relationships.”

“I have found that the older generation tends to believe in Grindr’s more mainstream view – that it’s just for sex,” says Mr Dunston “One guy I interviewed (he was 48) suggested that it’s because when you’re younger you look for a ‘white picket fence’.”

Joel Simkahi, founder and CEO of Grindr, spoke to Zack Rosen at thenewgay.net about this issue.

“We purposefully see Grindr as a technology provider, and not a dating service or a hookup service. We don’t have many preconceived notions of what people should use the tools for,” he says. “We use some monitoring of photos and profile texts, the public stuff, but we try to stay out of letting people know how to use the app.”

A more concerning issue that has been brought up by observation of the app, is that of racism. A common practise is to use profile pages to state, not only a sexual preference, but also a racial one.

With explicit statements such as “I block more Asians than the Great Wall of China,” and “no rice,” the app is a breeding ground for xenophobia and contempt.

Mr Dunston says that one of the participants in his documentary, Justin, has suffered blatant racism on the app due to his Malaysian decent. Justin feels that being subjected to profiles with these racist statements has been damaging to his self-esteem, especially in his early use of Grindr.

“He believes that racism shouldn’t be disguised as a ‘sexual preference’ and that people need to take responsibility for their actions on online platforms,” says Mr Dunston.

Justin Koonin of the Gay and Lesbian Rights Lobby has noted a similar issue with racism on the app, but says things are being done to counter it.

“Through our consultation with multicultural groups within the gay and lesbian (or more broadly LGBTI) community, we are certainly aware that discrimination on the basis of race or ethnicity exists online (i.e. on Grindr) and more broadly,” he says.

“Perhaps the anonymity of online interaction allows people to say things they might not otherwise in person.”

Mr Koonin also raises the point that men from a minority group, whether it is racial or otherwise, are subject to double discrimination.

“LGBTI people of a multicultural background are often excluded from both the mainstream LGBTI community, and their own cultural communities, so it is particularly important to address this sort of discrimination,” he says.

“The discrimination faced by people from multicultural backgrounds is one of the foci of our upcoming Commonwealth Attorney-General Human Rights Education Grant workshops.”

“I should note that it’s not only racism that can wound self-esteem – but general bad behaviour.”

Another of Mr Dunston’s participants, Jack, found people’s untactful response to physicality shocking. Mr Dunston described it as “a crisis of self-confidence in his looks” due to having been blocked many times for sending photos of himself to strangers. When most profile pictures include “naked, muscled torsos,” Jack found himself comparing.

“Grindr really is an incredible technology, and because it is so new we are still discovering where such GPS-based networking fits into our social fabric,” says Mr Dunston.

“The rules of etiquette are still being written on the platform, but all three of my characters echoed similar thoughts that either behaviour was slowly improving on the app, or that they were adjusting more with time to its pitfalls and learning how to balance it with the rest of their lives.”

Another criticism of the app is that it has taken over the Oxford St scene and the gay bar culture in general. Mr Dunston found that this belief was fostered more by the older generation, who say that this culture is a figment of its former self. They suggest that it is because people no longer need to leave home to pick-up or meet other people.