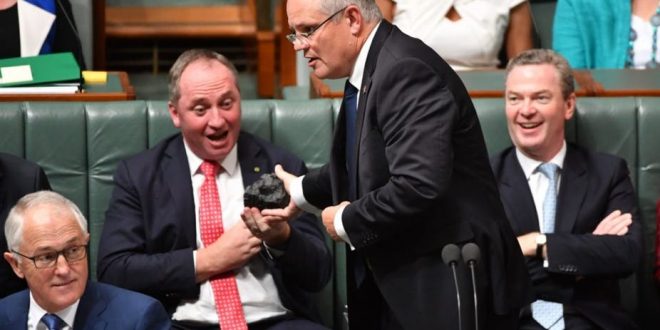 Green Thoughts #3: Politics and Coal Dust: Why There Hasn’t Been Action On Climate Change

We are now half way through the year 2020. The year 2020 has always been a significant checkpoint in climate change projections. It was the year that carbon emissions needed to decrease by, or otherwise irreversible damage would take place. However, sitting in my suburban home in the middle of 2020, serious action on climate seems almost more out of reach than it was 10 years ago.

The reason behind the Australian governments inaction on climate change becomes clear when the revolving door between government and fossil fuel companies and lobby groups are revealed. The links between fossil fuel companies and politicians are extensive and exist on both sides of politics. One notable link is Prime Minister Scott Morrison’s Chief of Staff, John Kunkel. Before his appointment Kunkel, was the Deputy CEO of the Minerals Council of Australia for over six years.

Of recent concern is Prime Minister Scott Morrison’s hand-picked National COVID-19 Coordination Committee (NCCC). The chair of this committee, Nev Power, was formerly the CEO of Fortescue Metals and a board member of the gas company Strike Energy. A leaked draft of the COVID-19 Commission Report revealed that the NCCC wanted the Australian government to underwrite the gas industry as a pathway out of the COVID-induced recession. A transition to gas is far from a transition to a carbon neutral economy, a goal that Australia has signed up to through the Paris Agreement.

It is clear that for action to occur around climate change, links between the fossil fuel industry and our Australian government need to be exposed and challenged. Not only are these links between corporations and government preventing action on climate change, but the power of these corporations to manipulate policies is a threat to our democracy.

We need to highlight these links to the public and show that they are not acceptable. Climate change is the most threatening existential issue of our time and it needs URGENT action. It is already 2020. We were meant to act decades ago. The COVID-19 pandemic has created an opportunity for our economic system to be re-evaluated. This re-evaluation cannot mean investment into yet another fossil fuel. If we are not going to act now, when?

Mirima is in her third year studying a Bachelor of Science/Social Research and Policy and majoring in ecology and the environmental humanities. She is also the 2020 UNSW SRC Environment Officer and believes meaningful action on climate change needs to be reflective and recognise the marginalised voices of those on the frontlines of climate destruction.

Previous Green Thoughts #2: Investing Into Publicly Owned Renewable Energy
Next I Went on a Date with A Fellow UNSW Student and They Brought Up Race Science