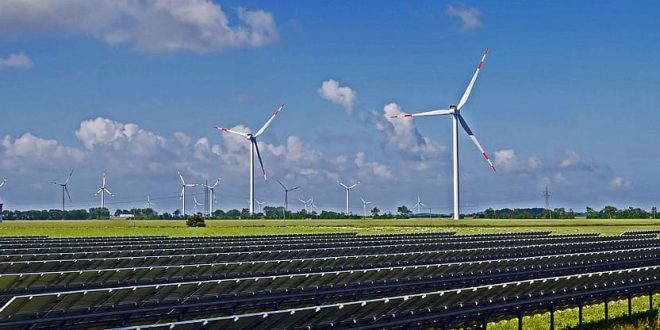 One of the demands of the climate movement across Australia is a publicly funded and owned renewable energy system. The need for renewable energy sources is clear. To solve climate change we need to stop burning fossil fuels and obtain energy from alternative sources. To ensure a just transition this infrastructure must be publicly owned. If our new power stations are publicly owned, they can work to meet the needs of Australian citizens rather than be exploited to fill the pockets of multinational companies.

In the mid 20th Century, Australia had a nationwide publicly owned energy system. In this time Australians had some of the cheapest and reliable energy in the world. However, in the 1990s Australia’s electricity system began to become privatised and the National Electricity Market was formed. Since this decision to privatise Australia’s electricity, prices have not been driven down by competition but rather increased in price.

The privatisation of electricity in Australia has meant that control was split up into multiple retailers, grid operators and electricity generating companies. A switch to renewable energy requires technological investment into both power generation but also the infrastructure of the grid. However, the private owners of the grid have limited economic incentive, at least in the short term to facilitate such a change. This has resulted in limited opportunity for renewable energy generation to enter into the market. It is clear that we need a huge investment into the rebuilding of our electricity system to make the shift to 100% renewable energy required to limit the impacts of global warming. To ensure a just transition for workers and consumers this ownership of this new electricity system must be a national statutory authority not a privatised firm or corporatised government enterprise.

History shows us how large public infrastructure projects, from roads and rail systems to telecommunication and school buildings, have been used successfully to stimulate economic growth, especially after recessions. For example in the 2008 Global Financial Crisis the Rudd government invested $14.7 billion dollars into school infrastructure projects as part of the country’s stimulus package to overcome the recession.

COVID-19 has already had huge impacts on economies all around the world. It is inevitable that this economic downturn will continue even after the impacts of the virus have settled. Investing in public renewable energy infrastructure has the potential to both provide a huge number of jobs for workers in construction and engineering from the existing fossil fuel extractive industries as well as kickstarting Australia’s action on climate change. This will allow Australia to come out of this crisis in a better place, both economically and environmentally, than ever before.

Responses to the COVID-19 pandemic need to be thought out carefully. We need to recognise that before the COVID-19 crisis crash landed into 2020, the world was already in a climate crisis. In other words, we don’t want to return to normal once COVID-19 is over, because “normal” was in fact a crisis. Any approaches taken to stimulate the economy during and post the COVID-19 pandemic will have long lasting effects, especially in terms of Australia’s already disproportionately large carbon footprint. After the pandemic we cannot fuel our economy with more coal, oil and gas. We must look to other technological innovations which if implemented under public ownership would improve both the economy and the environment.

Mirima is in her third year studying a Bachelor of Science/Social Research and Policy and majoring in ecology and the environmental humanities. She is also the 2020 UNSW SRC Environment Officer and believes meaningful action on climate change needs to be reflective and recognise the marginalised voices of those on the frontlines of climate destruction.