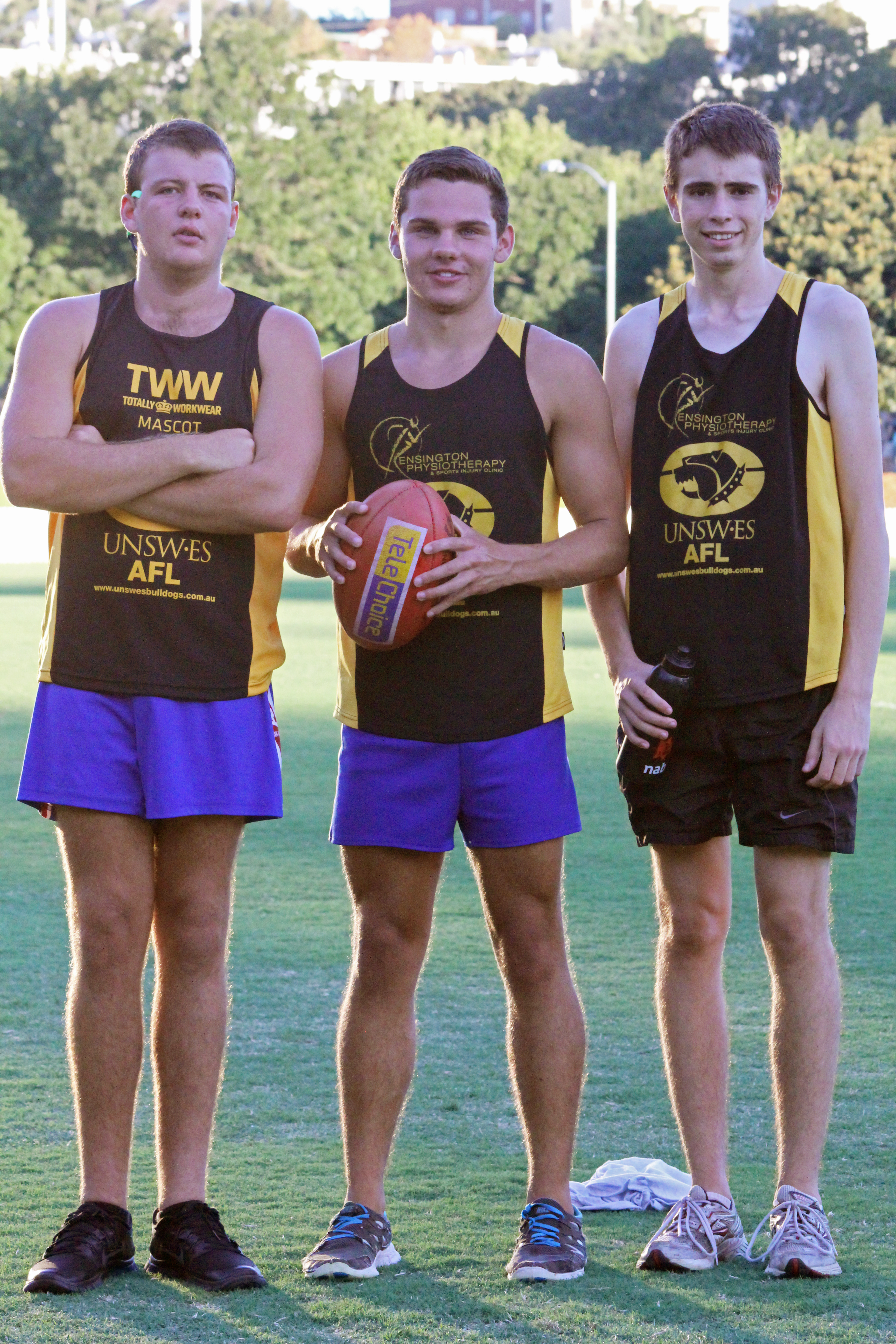 There’s never been a better time to play any code of football at UNSW. According to some of the university’s sporting higher-ups, clubs are working towards being more inclusive across the board, with participation and development at an all-time high.

“Generally, a lot of the players don’t turn up until a couple of weeks before the start of the season, so we’ve had a huge increase in numbers,” he told Tharunka.

“This year really is just about having a much more positive vibe and people wanting to participate.”

“We’ve had enough interest at O-Week from students that we’ve managed to introduce a whole new, third women’s team in our eastern-suburbs competition,” Lauf said.

“We offer levels of soccer to everyone, men and women, from really social levels to premier league teams who compete in national competitions.”

While player enthusiasm is undoubtedly a vital facet of all sporting endeavours, instilling a positive club culture is also paramount to a club’s success. Following interviews with numerous club leaders, it became obvious that UNSW’s football clubs already have some wonderful, well-established customs in place.

“What’s special about our club is that everyone in the club really ends up considering each other like family,” Connelly beamed.

“Your teammates end up being your best friends, and I’m not exaggerating. It’s a really big social club.”

Shani Lauf (soccer) said of her club, “We’ve got a really good club atmosphere. Players love the club and they just keep coming back to play every season. It’s really social and it’s a great time.”

UNSW AFL club president Stephen Ray agreed, but he also called attention to the level of responsibility bestowed upon clubs.

“We work very hard on being a club that is responsible in taking care of players who are sometimes as young as 16,” Ray pressed.

“But our club is very inclusive, we welcome everybody. When a first-year student walks in, he or she sees the spectrum of people we have: male; female; parents; young people, so it’s good.”

Socially, UNSW sporting clubs are well known for being very active. The involvement in social functions has the potential to benefit not only a club’s promotion, but also a club’s membership appeal. UNSW’s football clubs are all very heavily engrossed in social activities, as explained by the club’s leaders.

John Sciberras (rugby) said, “We’re in a position where we’re both part of the university and the further community. We have players of all levels and one of the things to remember is that it’s about the participation and having fun, not necessarily the glory at the end of the season.”

These sentiments were echoed by Ray (AFL): “As you probably know, you’re not going to win a comp every year; you might only win a comp once every 10 years, so you’ve got to have other reasons to play and good social activity, participation, good sportsmanship, fair play and ultimately making friends are the driving force of this club.”

This is not to say, however, that the performances of UNSW’s football clubs are, by any means, substandard. All four mentioned clubs have enjoyed exceptional levels of success in recent years.

The Rugby club consistently manages to get two or three of its teams into the finals every year, while the AFL’s premier division side just recently won the grand final in 2012. The Soccer club’s women’s team was just promoted to its competition’s premier league for the first time in 15 years. And for our Touch Football club last year, its men’s team played in the grand final, the women’s team made it to the quarterfinal, and the mixed team reached the competition’s semi-final.

But they don’t want to brag.

As the interviews with the four club leaders went on, it became increasingly evident that the primary message they wanted this writer to relay was again, about involvement. All four wanted Tharunka readers to know that their clubs were growing and thriving. They stressed that men and women of all skill levels were welcome to either join or push for new teams to be opened, and that enthusiastic social activity was very highly valued and always a lot of fun.

So get off your posteriors, Tharunka readers, and sign up to a club today!