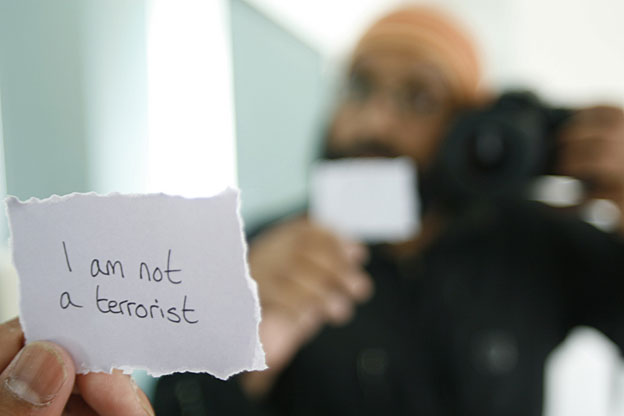 With Islamic terrorism in the news, thanks to the Charlie Hebdo incident among others, Aadil Ansareen, President of the UNSW Islamic Awareness Forum, is sick of the narrative being oversimplified.

Here’s the story we keep hearing: there are two types of Muslims. There’s the good, moderate Muslim. He’s peaceful and integrated; an upholder of free speech, women’s rights, democracy and so on, and people like this have a place in our society.

And then there’s the bad, extremist Muslim: the violent, intolerant misogynist who wants to force Sharia law on all peoples. These are the type you’d find in the “ISIS evil death cult”, using the words of our Prime Minister – and it goes without saying: they need to be exterminated.

The story goes that by some mysterious process, usually involving the Internet and some radical interpretation of Islamic texts, any Muslim can be transformed into an evil extremist.

In this tale, the problem then lies with Muslims and their Scripture. It falls upon good Muslims – the 99.9% who have interpreted Islam ‘right’ – to make it very clear that terrorism is not Islam, and must condemn Muslims every time they do something wrong.

You’re either good or bad, so even saying nothing at all is considered ‘tacit support’.

Despite roughly having the plot of a Marvel film, this is more or less the narrative pushed by the government and mainstream media in explaining terrorist attacks. Devoid of any historical or political context, it places the blame squarely on Islam and allows Western powers to escape any responsibility.

In reality, the causal factors are far more complex. Take the case of the Paris attackers: many domestic factors came together to create the toxic anti-Islamic environment in France. Not just inflammatory cartoons, but constant media vilification. Not just the banning of the Burqa, but discrimination in employment, protests against Islam, and physical assaults on both people and mosques.

The words of the attackers themselves should also be considered: Coulibaly justified his attack following French military efforts against Muslims in Syria, Iraq and Mali. And this justification follows a long pattern of extremists who claim they’re motivated by the military actions of Western powers.

They don’t see themselves as fighting against freedom of speech or democracy. They’re fighting against the people who are responsible for half a million dead children in Iraq, and the indiscriminate shelling of women and children in Gaza. They see the cruise missiles, cluster bombs and drone strikes which destroy entire villages and families within them. They see Abu Ghraib, Guantanamo Bay, and the CIA torture reports.

Going further back, they see the mess created by Western colonisation throughout Africa and the Middle-East, and the violence that still echoes from that. They see arbitrary lines like Sykes-Pico – the artificial borders made by Britain and France when they carved up the region after World War One, and the damage these things still cause.

So to make this issue about just some Muslims getting angry over cartoons is completely misleading, even if it’s all you hear in the mainstream media. We’re forced into those two boxes again: the intolerant extremist Muslims who murder over free speech and the moderate Muslims who need to come forward and condemn them. Instead of causative factors, it’s a simple tale of good and evil.

My point is not that ISIS and Boko Haram are justified. They’re not. My point is that telling the simple story here in Australia only exacerbates the problem.

Each time our media gives blanket coverage on some act of violence by Muslims – whether it’s ISIS, Boko Haram, the Sydney Siege or Paris, or the numerous attacks bound to occur – the narrative is all we hear: these people are extremists who are evil. And our foreign policy gets justified through this false simplification. We’re not following America’s lead; we’re “exterminating the bad guys”. Our agencies like ASIO and the AFP aren’t just harassing Muslims, cancelling passports without explanation, or making threats if they don’t comply – they’re raiding evil terrorists.

And so, draconian anti-terror laws are passed without resistance, all but removing the concept of innocent before proven guilty in the name of national security. The mainstream media capitalise on any story which might involve portraying some Muslims as extremists and both major parties do much the same. Even when they gush about moderate Muslims at other times, it’s only to set up contrast with the causeless, irrational murderers all Muslims are supposedly one webpage from becoming.

We create our own toxic environment. Muslims feel ostracised from the rest of society, under verbal attack from the media and government, and under literal, physical attack from some parts of the general population.

The real surprise isn’t that this atmosphere might lead to attacks on our soil but that there haven’t been more. We have a lot to answer for.

Previous Editorial: To the present and future Vice-Chancellors of UNSW
Next SRC Budget caught in controversy