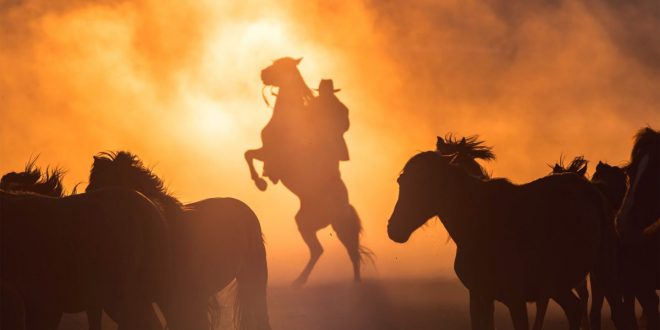 It’s late 2018, and in the South-Eastern US state of Georgia, a 19-year-old man is looking to break into the music industry. He buys a 30USD beat that samples an old Nine Inch Nails track, and gets to work producing the song he hopes will make him a star. A native user of the Internet, he drums up support for the track by making more than 100 short videos on TikTok, an app primarily used by teenagers to share homemade videos. Most of these promotional videos tap into the hottest memes of the moment. Soon after its release, the track goes viral as millions of TikTok users embrace it as the backing track to the latest online challenge. It quickly makes the jump from TikTok’s online bubble to the ‘real world’, as it begins to climb Billboard’s Hot Country Songs chart. With no record label and no physical sales, the young man from Georgia becomes the name on everyone’s lips: Lil Nas X.

The music industry, like most, revolves around sales. While accolades like the Grammys and the ARIA Awards recognise creative endeavours, it is ultimately money keeping the music industry’s wheels turning. Over the past century, two methods have been developed for recognising an artist’s commercial success: charts and music certification.

Charts are pretty straightforward: whichever artist sells the most records in a given week will be #1 for that week, with everyone else ranked in descending order of sales made. Most markets divide these lists into singles and albums. As more genres of music have developed, more niche charts have arisen. In the US, the Billboard charts are the authoritative charts. The Hot 100 is the primary all-genre chart, with its rankings currently calculated based on sales, radio airplay, and streaming data. There are also close to 100 individual charts published by Billboard, tracking everything from dance and electronic singles to ringtones.

Music certification rewards an artist for hitting a sales benchmark. Most markets have gold, platinum, and diamond levels of certification, with each level reflecting a different benchmark. In the US, the Recording Industry Association of America (RIAA) designates that a gold record is awarded for 500,000 sales, platinum for 1 million, and diamond for 10 million. With the advent of the Internet, online sales were either given their own award (e.g. RIAA’s Digital Single Award) or added into album award numbers. However, from 2004 to 2006, RIAA’s digital single certification had a much lower threshold than the standard certification – 100,000 downloads equalled a gold certification, and platinum was awarded for 200,000 downloads. This splintered system was a small indication of an issue that would only get bigger in the coming years, as streaming became increasingly popular. The Internet has completely changed how consumers access music, and the traditional gatekeepers of the industry are struggling to stay in control.

In 2005, YouTube completely changed the game by allowing consumers to listen to music for free. Suddenly, there were no sales to track, and anyone could self-publish their music. While DIY pockets had existed within certain genres for a while, it had been tough to find worldwide success. Now, acts like Justin Bieber and Lily Allen, who were both ‘discovered’ online, could reach an international audience on the back of home videos and low-fi demos. YouTube also redefined the way artists and fans interacted, giving a more ‘authentic’ feel to a musician in a way that record labels are still trying to emulate.

A few years later, Spotify, Apple Music, and their competitors came along, reintroducing a version of paying consumers, although with much lower returns for artists than traditional sales. Most recording associations only began counting digital streams towards certification in the mid-2010s. A common criticism is that the maths doesn’t add up as a high number of streams are required to equal one sale for certification. Charts have adopted a similar method to the certification process, by counting multiple streams as if they were one sale. Last year, Billboard tweaked the algorithm to put more weight on streams from premium subscribers than those from free listeners. They now count 1250 streams from paying consumers as one sale, whereas non-paying users are worth a third of that, with 3750 free streams equaling one sale. Competing charts are catching up though, including from the digital platforms themselves. The Spotify Viral 50 chart aims to capture songs that are gaining traction online, in an attempt to predict the next crossover hit à la ‘Old Town Road’. It currently has over 1.5 million followers, and according to various online how-to guides has huge potential to launch the Next Big Thing.

Despite trying to accommodate streaming as best they can, the traditional charts still struggle to keep up with the quickening pace of the industry. This struggle is encapsulated by Billboard’s initial treatment of ‘Old Town Road’. Billboard uses the metadata provided by the artist to classify the genre chart a song enters. Lil Nas X had tagged his track as ‘country’, so Billboard placed it in the Hot Country Songs Chart. But in March, just as he had signed with record label Columbia, Billboard decided to remove the song from the chart. The reason given was that it lacked ‘country elements’, although many pundits questioned whether it had to do with Lil Nas X not fitting the typical white, heterosexual template of an American country star.

There was, understandably, an uproar from the public and the industry alike, although Billboard defended it as “purely an internal decision”. As a result, Billy Ray Cyrus jumped on the first of many remixes of the track. The logic was that the remix would then have to be classified as ‘country’, because it featured one of the world’s biggest country stars. As we now know, it did much better than that. It made it all the way to the top of the Hot 100 chart, and stayed there for 19 weeks, breaking the record for longest-running Hot 100 leader. The record was previously jointly held by Mariah Carey and Boyz II Men’s ‘One Sweet Day’, and the Justin Bieber remix of Luis Fonsi’s ‘Despacito’. Eventually ‘Old Town Road’ was dethroned by Billie Eilish, the first artist born in the 2000s to hold the top spot in the Hot 100. Billboard, stuck within the traditional boundaries of genre, had been somewhat beaten at their own game, and now the rules were changing. Looking back on Lil Nas X’s meteoric rise, it’s hard to believe no one has done it before. With digital natives coming of age and beginning to knock on the music industry’s door, it’s very likely that we will see more genre-bending artists promoting their music in increasingly innovative ways. Charts and certification have already lost some of their influence in the industry, and success may no longer be able to be measured in terms of how much money an album makes. To paraphrase Smash Mouth: all that glitters is gold, until a shooting star breaks the mould.

Georgia is a final year Law/Journalism student with a passion for all things music and culture. She is the current Managing Editor of Blitz UNSW. When she’s not at a gig, you can find her watching NCIS or reading niche Wikipedia articles.