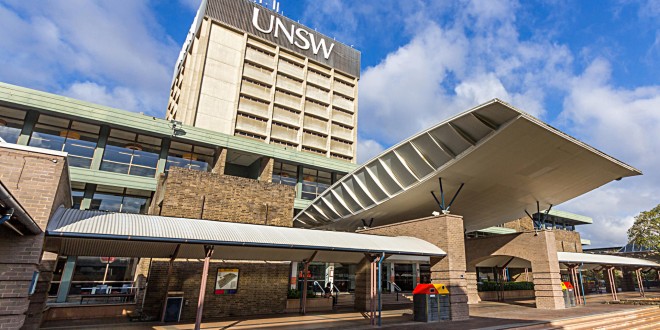 Getting into uni: fair or fraudulent?

In Late January, the UNSW administration came under fire when the front page of The Sydney Morning Herald (SMH) read “Revealed: the great uni entry charade”.

Below the headline, a bold statistic claimed 46% of UNSW’s intake for 2016 were accepted into their chosen course, despite receiving an ATAR (Australian Tertiary Admissions Rank) below its advertised cut-off.

This figure was less than two of the state’s other major universities Macquarie (64%) and Western Sydney (59%), yet markedly more that our long-standing rival Sydney University, who–according to the report–accepted only 27% of students with sub-standard ATARs; the lowest of the four institutions.

The disparity in percentage delivered a particularly stinging blow to UNSW officials, who recently celebrated a step forward in a ten-year strategic plan to be included in the world’s top 50 universities. Just three weeks before the SMH article was published, a similar dataset from the University Admissions Centre revealed that UNSW had overtaken USYD as the number one preferred university for HSC graduates. It was also the first pick for over half of the state’s top-achievers who received ATARs over 99.5.

The revelation of the “uni entry charade” threatened to overshadow this success, however, Deputy Vice-Chancellor Iain Martin was quick to defend his administration, penning a stern opinion article that the SMH published online the same day. The article maintained that the UNSW admissions process was both transparent and fair, and denounced the use of the ATAR ranking system as a means of granting university places.

“It presents a distorted view of what is happening; UNSW has not abandoned minimum entry standards, nor is it admitting students in a deceptive manner,” he said.

“Reducing six years of education to a single ranking is simplistic. We believe NSW should move away from the ATAR alone as quickly as possible.

“We need to look at measures of performance that take all relevant factors into account.”

The article went on to contend that the 46% was calculated according to students’ “raw” ATAR mark. In other words, before “HSC Plus” bonus points are accounted for; a scheme whereby extra ATAR points are given to year 12 students who achieved high marks in subjects deemed relevant to their chosen degree.

The figure also failed to reflect admission via UNSW’s seven other “alternative entry schemes”. These include: Portfolio Entry–for students in faculties of Art & Design and The Built Environment; ACCESS–for students who have experienced long-term educational disadvantage of financial hardship; and the UNSW Indigenous Admission Scheme.

In response to the SMH article and in defence of these programs, Professor Martin said “we are proud of the commitment to social justice.”

“We should not and will not apologise for the success of programs that are extending opportunity to students whose circumstances to this point have not enabled them to demonstrate their full potential.”

Opponents are nonetheless sceptical of this cause, believing that universities are simply capitalizing on the decision to the uncap the number of university places that can be offered to students; A radical change introduced by the Gillard Government in 2012.

The NSW Minister for Education Adrian Piccoli, went as far as to say that universities are using students as “cash cows” to accumulate government funding through HECS debt, and that funding pressures are “no excuse”.

Ironically, the same day Mr Piccoli’s comments went to print, the office of the Federal Education Minister Simon Birmingham released a press statement lauding the Coalition for overseeing a record number of students enrolled in higher education in 2015, according to the Selected Higher Education Statistics Student Data. The numbers revealed a 7.6% growth in the Indigenous student population, a 3.8% increase in the enrolment of students from low socio-economic backgrounds and a 2.6% growth in regional student enrolments, compared to the previous year.

Committee Chair Professor Andrew Vann said that the the SMH article simply misunderstood the system and maintained, “there are educational disadvantage factors including health problems, personal and family circumstances where it is appropriate to allow for impacts on high school”.

“Special access schemes recognise and allow for these kinds of diversity and are also necessary to ensure a fair and equitable admission system,” he continued.

“It is unfair and unjust to suggest that any of these students are substandard, particularly when both Federal and State Governments have placed such importance on addressing educational disadvantage.”

The NSWVCC pledged to work with the University Admissions Centre (UAC) to look at improving to the admission processes to increase flexibility and transparency.

Tharunka contacted the office of Vice-Chancellor Ian Jacobs for a statement about the controversy, inviting him to address his student body directly. Unfortunately, he was unavailable for comment.