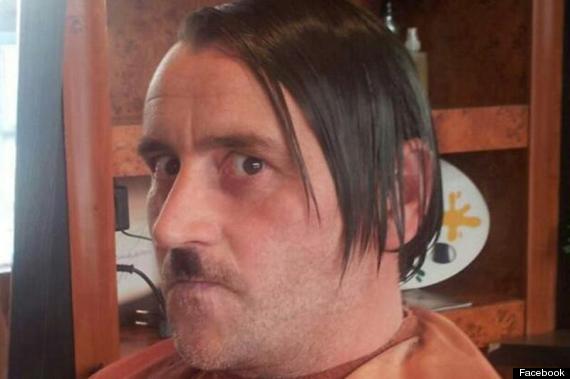 Which is apparently not a popular move? Who could have guessed.

In a lesson for all far-right political leaders seeking to gain mainstream credibility, Lutz Bachmann, the founder of the growing German anti-immigration movement ‘Pegida’, has demonstrated that it is almost always a bad idea to post a photo of yourself on Facebook posing as Hitler. Even the most committed xenophobes amongst his former acolytes are now distancing themselves from Lutz Bachmann, with his spectacular act of self-sabotage ranking as one of the finest acts of political seppuku this reporter has ever seen.

For a nation once told by their Chancellor Angela Merkel that multiculturalism had “utterly failed”, the German people have proved to be remarkably resilient to the attempts of extremist groups to sow discord in a peaceful society. That changed with the recent rise of anti-Islamic sentiment linked with the recently formed group Pegida, whose German acronym describes their identity as ‘Patriotic Europeans against the Islamisation of the West’. Activist Bachmann founded the group in October 2014, and since then, tens of thousands of protesters have protested in the streets of Dresden, Leipzig, Munich and Hanover.

In the sedate and steady world of German politics, ruled by the unassuming but indomitable Merkel, their emergence has proved to be a serious wake-up call. Pegida’s manifesto claims that the organization exists for the purpose of defending Germany’s Judeo-Christian traditions, and preventing further Islamic immigration. Their broad church of supporters ranges from mainstream conservatives to genuine neo-Nazi hate groups.

Pegida’s leaders have attempted to distance themselves from the more extreme elements that attend their protests. However, the choice of facial hair by Mr Bachmann in his ill-judged selfie immediately creates a visual link to a tragic period of Germany’s past, making it much harder to plead innocent to any links with Nazism.

UNSW Student Tarang Immidi, a Commerce/Law student on exchange at the Technisches University of Berlin, was one of many who attended counter-protests against Pegida earlier in January. “There seemed to be an atmosphere of solidarity”, he said.

“There were speakers from a broad range of social and political groups, and they were all listened to, although the more Centre/right groups were cheered less. There seemed to be a sense of defiance, that the protestors would not let Germany become what Pegida wanted it to be.”

Lya Cuellar, a Political Science student from El Salvador studying as a foreign student in Berlin, agrees with this assessment of racism in German society. “Germans are born knowing that it’s wrong to be a racist and right-wing crazy skinhead; hicks from Rostock or Magdeburg are the enemy. A dangerous aspect of Pegida is that it’s offering ‘decent’ middle-class citizens a less radical looking way of unleashing their racist impulses. They don’t feel like racists, they don’t relate to the low-class neo-Nazis at all; they simply claim to be anti-establishment.”

Whether the middle class continue to associate themselves with the movement after recent events will become clear in the next few weeks. Pegida may have lost its original leader with the disgrace of its unfortunately mustachioed founder, but like a racist hydra, the movement is unlikely to die simply from the loss of one of its heads. Nonetheless, German unity in the face of divisive rhetoric is likely to be enhanced by any reminder of the spectre of the nation’s Nazi past, and Mr Bachmann seems to be destined to fade to irrelevance.