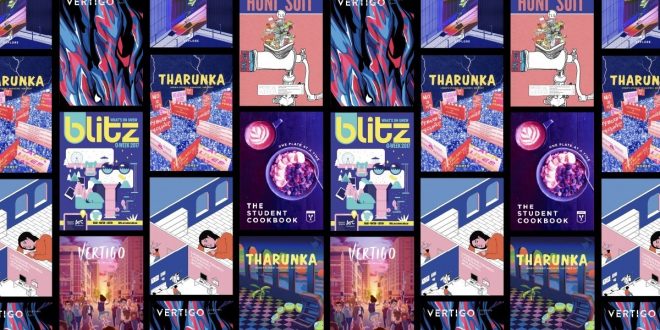 From $2.50 to $27 an hour – Tharunka investigates the disparities between what universities are paying student editors.

When I asked student editors whether they think it is fair that some of their colleagues receive under $10 on average per hour, whereas others receive as much as $27, they can hardly contain their shock.

“It would have to be less work. It wouldn’t have to be a huge responsibility,” he said.

A Tharunka investigation found that this is the case for editors working for the University of Sydney’s flagship publication, Honi Soit. The 10-member editorial team produces a 24-page physical publication for students every week alongside a variety of online content.

Jeffrey Khoo, one of the publication’s 2021 editors, spoke of his frustration that his team receives an annual stipend of $5000, which is paid to them in instalments throughout the year. At an alleged average of 20 hours of work per week, this works out to be a mere $9.60 on average per hour.

“The fact that it is a stipend and not a wage changes our expectations in our minds but if this was a proper job, as we are employed by the SRC, we would be getting underpaid,” he said.

The University of Sydney Union (USU) pays editors of Pulp, a separate online publication at USYD, an hourly wage of $24.30. Over the course of an academic year, Pulp editors are poised to make a minimum of $6318, assuming they work for 26 weeks. (Refer to Appendix A) Wages differ from stipends in that they are paid per hour of work, instead of in lump sums at the end of a period of time.

Fabian Robertson, one of the publication’s 2021 editors, said that his team received a fair wage but the Honi Soit editors get the short end of the stick.

But this is nowhere near the biggest disparity.

Blitz editors Steven Wu and Richard Xu-Austen each receive a minimum annual wage of $9763, assuming they work for 30 weeks of the year. The online publication focuses on pop culture, entertainment and digital content for an online readership.

I asked Blitz if they thought the hourly wage was fair and Blitz Producer Steven Wu said:

“It’s the minimum for casuals and they are student publications.”

However, UNSW Tharunka 2021 sub-editors are contractually paid an annual sum of $4876. Their contract requires them to publish three print magazines per year, as well as online content to their website. They are paid exactly 50% less than Blitz editors for a similar position.

Arc pays the Cookbook editor approximately $6509 annually, assuming 8 hours of work per week for a minimum of 30 weeks.

The Managing Editor position of Tharunka, filled by Katherine Wong, receives a contractual annual payment of $9608.

As a Tharunka sub-editor, I know firsthand how strenuous the workload can be. But the lack of an hourly wage does not allow me to live off the publication alone, so I have 2 other jobs to earn a stable income.

Those editors who work for UTS’s student publication Vertigo received an annual contractual payment of only $1500, according to a former editor who wished to remain anonymous for fear of repercussions from the UTS Students’ Association (UTSSA). Working for an alleged 17 hours per week, this amounts to $2.45 per hour.

When asked if they thought this was a fair rate, they said:

“In fact, we found that we had to constantly defend our output and our content. They had a very hostile attitude towards us from the outset and seemed determined to battle us every step of the way yet would remain extremely unresponsive when we sought to clarify or remediate issues that arose.”

According to current Vertigo editor Angela Jin, there are fewer editors in the 2021 team and therefore they receive an adjusted annual sum of $1666 each.

So, how do universities justify it?

“Tharunka is paid under a contractual arrangement which is completely separate to the Award [of Blitz, UNSWeetened and Cookbook] and that is seven payment instalments, as outlined by the Tharunka charter,”

“The main reason is because we don’t want a newspaper that is reporting on and about Arc to be on the direct payroll of Arc. It’s important for journalistic integrity that Tharunka remains at arms-length to Arc. We don’t want a scenario where Tharunka must do what Arc says. So, in order to distance ourselves, the charter arrangement exists.”

When I spoke to Robert Boncardo, a representative of The University of Sydney Casuals Network and a sessional tutor, he asserted that the National Tertiary Education Union believed that academics in Australia had strong legal grounds for believing that they enjoyed a right to intellectual freedom, even if this was contested by some universities.

“As is shown by the NTEU’s defence of Dr Tim Anderson in 2020, it is arguable that Australian academics have a right to intellectual freedom. Such a right should naturally apply to student journalists as well and allow them to be as critical as necessary of their employer, the university,” he said.

For example, Sydney Morning Herald journalists are given the legal freedom to criticise Channel 9, although 9 owns the Fairfax Newspapers.

The ABC Charter also allows journalists to report on the Australian government, despite being funded by them.

This is not the university student organisations’ only consideration when paying student staff. In the last year, COVID-19 has considerably shaken up budget allocations for organisations’ activities.

“We have internally tried to advocate to raise our stipends earlier this year but the feedback that we got is because the university has cut the SRC budget,” Honi Soit editor Jeffrey Khoo said.

In 2021, Tharunka downsized from one managing editor and four sub-editors to one managing editor and three sub-editors. Tharunka retains the freedom to hire volunteers and largely relies on them for contributions. To keep up with the workload demanded by the publication, Tharunka also relies on Ryan Jepson as an unpaid editor. While he consented to the job fully aware of the lack of remuneration, the line between passion and exploitation is a tenuous one.

Ultimately, student editors work hard because we love what we do. But it does not seem like a stretch to be paid equally, especially when the justifications do not seem to match the disparity.

When asked if they knew the reason why such huge pay disparities existed, the respective editors all gave different answers and there was no consensus. Clearly, universities have never been held to account for the legacy payment systems of their student editorial staff.

In response to Tharunka’s comments and investigation, Arc has welcomed consultation to establish an alternative arrangement.

Share
Previous Trans Day of Visibility is for Radical Activism, Liberation, and Unity – Not Empty Corporate Platitudes
Next Memes, Misogyny and Medusa (and other Classic Tales of Twitter Trolls)