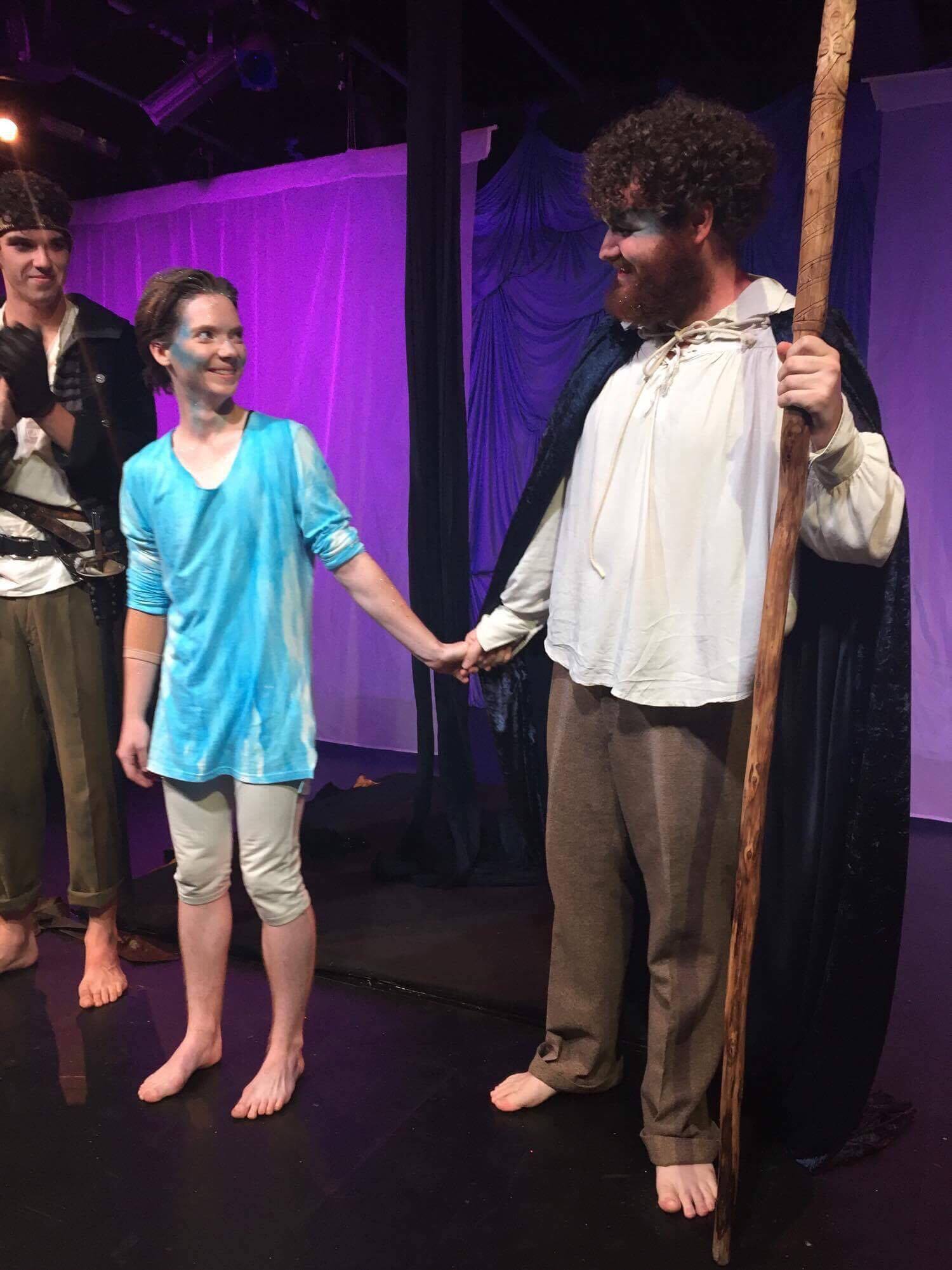 If all you want to do at uni is fall in love, or see some hot young couples having a pash, then UNSW Studio One was definitely the place to be last week.

Lights, camera and action please on Ferdinand and Miranda having a most-notable, one minute kissing scene in NUTS’s adaptation of Shakespeare’s, The Tempest’. Oh, and Prospero, Miranda’s father, was looking on the whole time… Creepy? Or hot? Let’s go with hot…

Liam Jarvis and Casuarina O’Brien’s adapted Tempest was remarkably intimate, funny, and stunningly human. The show advertised itself as a physical performance, with live music and dance. It delivered on this promise.

With a packed audience in the small Studio One theatre, each attendee was afforded the rare opportunity to look into the eyes of each cast member, see the trembling hands of eager musicians, and be placed at the centre of the action.

So intimate was the space, that just as the musicians took their first breath to play the starting overture, the back door opened and a latecomer disturbed the quiet ambience that had been set.

After awkwardly bumping into absolutely everyone to find a seat, laughter and much chortling filled the room as everyone waited patiently for the young man to find a seat in the sold out room.

So, have you forgotten what The Tempest is about? Can’t remember from high school? Prospero, the overthrown Duke of Milan, lives with his daughter, Miranda, on an enchanted island filled with spirits and monsters. When Prospero’s enemies happen to be passing by on a ship, Prospero and his sidekick Ariel conjure a tempest to strand them on the island. Miranda falls in love with the first ever man she meets, and the play ends with a lesson in forgiveness. #spoileralert

Joe Knights played the role of Prospero with a very fatherly presence. He played off the mischievousness of the character like very well designed “dad jokes”. I did find it funny at times that Prospero would hold Miranda intimately around the neck, almost as a lover would. But I guess that’s a problem in any play where you have young actors!

My “man of the match” award goes to the magnificent performance of Harry Winsome in the role of Ariel. His hair sparkled a fairy blue, and his voice lent itself mellifluously to mysterious and enchanting songs.

Funnily enough, Ariel performed the dance art of aerial silk, where one hangs from fabric in the ceiling and executes aerial acrobatics. I wasn’t sure if this was for symbolic meaning (Ariel vs. aerial), but I thought it was a nice coincidence.

Much hilarity from the play was drawn from the drunken adventures of Caliban, Stephano, and Trinculo. Caliban, played by Naks Suresh, portrayed a vividly decrepit and agonised beast. It was everything Caliban as a character should have been.

Especially funny was the scene where Trinculo thought Caliban was a dead corpse and tried to sleep under him during a storm. What ensued for the next five minutes was a hilarious struggle to free themselves, with many screams from Trinculo and aghast cries from Caliban.

If you didn’t see the play, you definitely missed out!

Share
Previous In Conversation with Miles Merrill: Chicagoan, Performing Writer and Creative Director of Word Travels
Next The Theatrics and Mastery of Zoe Coombs Marr