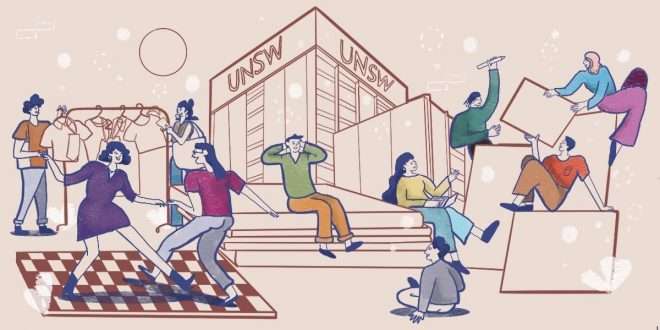 With the first trimester coming to an end, let’s reflect on all the weird and wonderful ways people have come into our lives. Isabella shares first friend stories from the students of UNSW.

We’ve all got a story of accidentally finding a bestie in a team assignment where you both do all the work, or by stalking classmates on social media and hitting it off.

But, does anyone remember how we met our first friend at university? Was it on the long-gone 891 bus? By becoming frenemies first? Were they just the most talkative person in your class?

And the big question…are you still friends now?

With over 100 comments under Tharunka’s call-out in the page holding the social fabric of the university together – UNSW Discussion Group – lots of people seemed to have something to say about the circumstances in which they met their first friend – or didn’t meet any.

Most of these stories take place in classes that people shared. For Dalena, she’d met her friend in primary school before, but then moved. Finding her in a class they shared was “mind-blowing”. Now the “one person” that gets Dalena through university, Dalena is amazed at her friend’s hardworking nature and the incredible effort she puts into everything.

Some friendships started at a society camp where stories seem to get even more outrageous after each retelling. Harrisen thought Caroline was “a noob for bringing a 1000-page law textbook to camp”.

Some more questionable responses included Maxwell meeting his first friend whilst he was doing “the act” on his bed. As to why he was drawn to his first friend, Maxwell had this to say: “They were making passionate love on my bed, and I was not having it”. Moving on swiftly…

Fashion is always an easy conversation starter and that included one sixth-year Materials Science student who said that her first friend “had the same geeky bag as me. [It] made me feel less like a lonely hopeless nerd”. A taste in fashion naturally leads to a taste in men, so when asked what the most interesting thing about their friend, this student commented: “One of the most interesting things about her is her Hinge profile…I love seeing her juicy DMs full of guys who aren’t shit compared to her”.

On a more wholesome note, there were some responses where students said they were dating their newfound friends. One person said that what drew them to their (now) lover was their mutual experience of colonisation by Spain. Another simply said that they started spending more time together and grew to love having them around.

Despite starting in university, friendships often extend outside the university context. A second-year medicine student mentioned that she is now living with her first friend, and “loves the poetic way her friend sees the world around her and how down to earth she is”. A 2020 Social Work graduate said they were the bridesmaid at their friend’s wedding this year.

Overall, many of the students who responded to Tharunka’s call-out are still not only friends to this day, but the closest of friends.

“We are still extremely close (best?) friends and whenever we see each other we alternate between absolute stupidity and talking about dumb shit to deep emotional reflection about life and our goals!”

“Even though we study different things and live different lives, we have stuck together through everything”

“We’re each other’s closest friends now and go to each other for everything and anything all the time…I didn’t know friendship could be this amazing 🥺”.

There were also people who said they weren’t friends anymore or had lost contact. Although your first friend may not be someone you’re still close with now, they are still important in making you feel welcome at uni for the first time. This is especially in a time that is both very challenging and nerve-wracking. Friends come and go, but you can’t predict the impact they will have on your life.

If you’re interested in having a video made about your first friendship, fill out the form below with your details and our sister publication Blitz will be in touch: 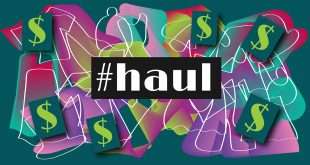